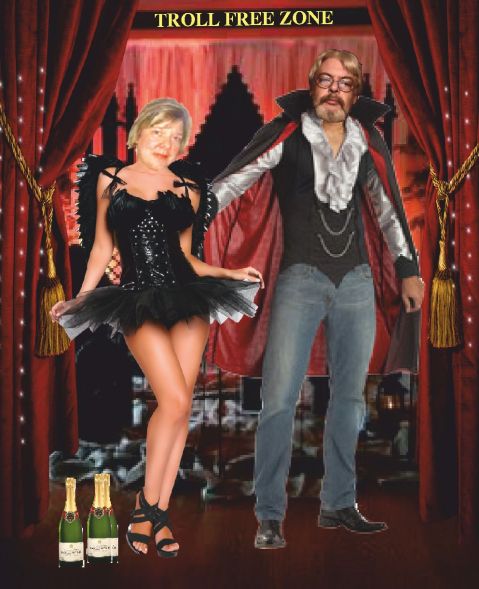 x3: 2355hrs, 030hrs and now 0155hrs, I had to extract my worryingly adipocerous stomach and torso from the £300 second-hand recliner and struggle to the wet-room for my third short, sharp wee-wee. This time, I decided to give up trying to get back to sleep.

On the last visit to the wet room, I could find only one, just the one… Evil ironclad Boll-Weevil black biting beetles (Curculionoidea), were they taking a break? Regrouping for another attack? Apprehension and confusion hung in the air! I just had to a patrol of the other rooms to asses what the Weevil Army was up to. The spare room first, I found only three of the beasts, and they were all dead. The kitchen produced a few more, but again, all deceased? I emptied the first can of ‘Raid Bug Killer’ and used half of a Santex spray as I distributed the squirted it around all of the rooms.

Hands washed with the antiseptic disinfectant, and I got on with the Health Checks. 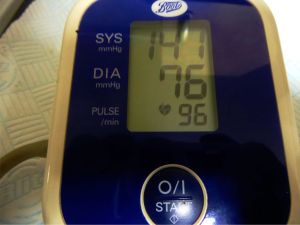 A sudden drop in the readings for Sys and Dia, the Pulse down a tad too, and the temp the same.

Was that a  damned baby Evil ironclad Boll-Weevil black biting beetle on the sphygmomanometer? Hmm!

I started the computer, and in between many trips for a short-sharp-wee-wee, I got the Tuesday Blog finished, three hours after starting it. A little quicker than usual, despite the TTTWRFAWW (Trips to the wet room for a wee-wee… Hehehe!)

Made a start on this blog. Went on WordPress reader.

Then on Facebooking to get the photographs on the albums, and visit the TFZer site. OVerdid it on there, and had to stop to get the ablutions done. I’m determined to get some cooked chestnuts today, going to go to Asda in Arnold with hope in my heart to try there.

Got the ablutions done.

During which I was so surprised to see that three Evil ironclad Boll-Weevil black biting beetles had appeared on the wet floor! All frisky and active ones, too But not for long! Yet another Weevil and Pensioner bug killer can of Rentokil was started, I gave the whole room a good-showering, then went into the other places to spray and recheck them.

The spare room had two little Weevil babies, dead ones.

As for the Kitchen, well I was gobsmacked! In the earlier Weevil-Free area at the bottom of the storage drawers, I found dozens of the rascals, luckily all dead, that spray is doing a good job. (On me as well, Cough-cough!)

I wonder if they would allow me to have a Peace-Pact, with them. Could I threaten the beasts with setting the Nottingham City Council Pest Control Squad on the EIBWBBB’s (Curculionoidea)? They are not to know that the Council hasn’t even contacted me directly about the reported problem, are they? Hehe!

I had to return to the wet room for an SSWW again, and check that I had not left the tap running 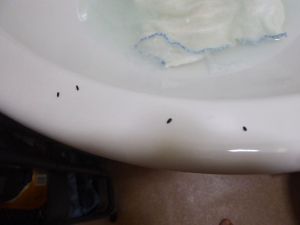 I was totally flabbergasted, to see four adult EIBWBBB’s up on the sink top. “Where did they come from? How did they get up there so quickly? How come two of them are dead and two alive? Is this really happening? Who won the FA cup quarter finals in 1955… I’m losing it here!

I took the black bags to the waste chute and made my way down to the lobby.

Neighbours Angela and Roy, May and some others were down there. An agreeable insult exchanging and natter followed. Hehe! The chinwagging continued as we walked to the Nottingham City Homes, Winwood Heights, Hauptbereitschaftsleiteress Wardens Temporary HQ. Willmott-Dixon meeting room. Sarcasm & Insult distribution area. Tenants Socialisationistical Meeting Shed. Telling Inchcock off Zone. Where things like crockery and pottery get stolen from, and somewhere to rest while waiting for the bus, Portakabin. More laughs were had inside while we waited for the bus with Lynne, Paul, and three other tenants.

Out to the bus stop and got on the Bestwood bound L9 vehicle. Angela, Roy, Betty, Bill, William on Sundays and Pete all got off in Sherwood. So, I was the only passenger for a while, until others joined me en route.

I got off the bus outside Asda, and made my way in, and searched for where I got the Chestnuts from last week. It took me a while, and I was getting a bit windy that I may miss the bus back, I only had twenty minutes to get the stuff and out to the bus stop. I found them, and grabbed six bags, picking up a large box of Celebrity chocolates for Christmas for the doctors’ surgery gang. £13 spent. I paid at the self-serve checkouts.

Out to the bus stop and caught the bus alrig 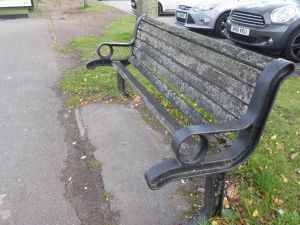 ht. I noticed that the bench had still not been repaired yet. Been about a year or more now. Hehe!

Got to the flats in no time.

We had a Stirling Moss style of driving driver on this run.

The skies threatened occasionally, but no rain came.

In Sherwood, some other tenants got on the bus.

Back at the flats, Penny walked with me back to the apartments with Betty. Another nattering session for me to listen to. I’d done well today.

Left Penny in the elevator, said my sad farewells and to the flat an urgent SSWW.

I put away the Chestnuts and chocolates in the spare room. Well, I kept one packet to use with the meal later. Got some potatoes and Gungo beans in a saucepan on a low light. I did the Health Checks and the medication taking.

Then got the computer on, and made an order for Morrisons next week.

Then started to update this blog. Two and a half hours later.

Nosh prepped and served up.

Ate t all up with relish.

Put the tray down on the next chair, turned on the TV… I think I was asleep before TV warmed-up!