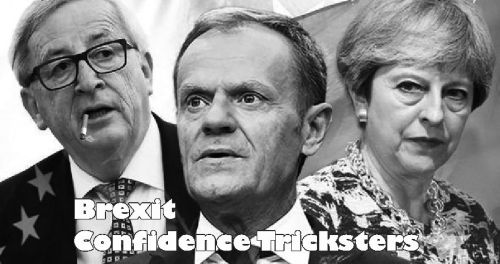 03:40hrs: Good sleep for once. Woke and escaped the clutches of the highly appreciated £300 second-hand cir1968 rickety recliner with relative ease. Walked to the wet room to utilise the Porcelain Throne without using the stick,  a mistake I found out later. Tsk!

The wee-weeing was much user-friendlier this time, with a bit like the old SWWW (Short-weak-wee-wee) returning at last. The evacuation was far less messy as well. At this stage, I realised I must not get too confident, all the same. I nearly went over as the damned Axonotmesis affected ankle went on its side, and I am afraid to say, I uttered a couple of expletives I’ve not used for a while. Self Stupidity Recognition Mode Engaged! Only myself to blame for not using the stick, especially as the Ankle-Support was not on yet either! Oy Vey! Then I needed another wee-wee… Oh dearie me!

I think that I had had a dream last night as well, the first one I can recall since the Stroke – is that a good thing? It was vague, mind, I can’t remember any detail of it, just the sensation of having one.

I took the medications, and then made a brew of tea. With the smell lingering of the cheesy potatoes from last night. Hehe!

The legs were still stiff and the knees playing-up. However, I got the socks on without using the sock-glide, but it was too painful to try that again for a while. I might be expecting too much, too soon?

I got updating yesterdays blog and got it sent off to WordPress.Made another brew of tea, then went on the WordPress Reader. Next, I made a start on this post, while awaiting the arrival of a Carer to fit the Ankle-Support for me. 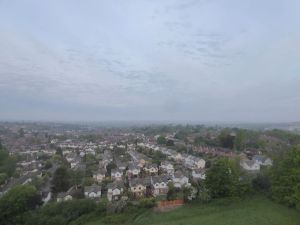 The tea went cold again, so I got the stick and hobbled carefully to make another brew.

I then opened the unwanted new light and view-blocking new windows to take a shot of the view. It felt a bit nippy, but a fantastic slightly misty view to peruse, all the same.

Checked the Emails and replied to them. Jenny sent a nice one to me. I hope she will be back soon amongst us, and our little gossips can continue again.

The Carer should be here soon, and I can get mobile then after the Ankle-Support is fitted.  He arrived on time ten-minutes later. It was the same chap as Saturday and remembered the way to install the support. He was soon all done, I thanked him, and he departed.

Got things ready, including the walker, for a bus ride to the City Centre, via a visit to the Nottingham City Homes, Winwood Flats, Oberstgruppenführer Wardens Temporary HQ, Toilet, Sarcasm & Insult distribution area, Rumourmongering Clinic. Tenants Socialisation Shed. Telling Inchcock off Zone. Things like China and other pottery to be stolen from, and residents shed.

All ready and set off out, taking two waste bags to the chute of the way out. Called at Doris’s, but no answer.

Once on Chestnut Way, I thought I’d photograph the road and buildings. Ahem, No camera!

Back up to the flat and collected the camera, and down again. Took two shots left to right as I faced the flats.

A lovely day, and not too much traffic about yet. Got to the hut and a chinwag or two for twenty-minutes as we waited for the bus. Out to the bus stop.

As I approached to get on the bus, I realised I did not have the bus pass with me! Dunderhead Class 1, Grade A!

Back up to the flat and picked up the pass. Then down to the hut again, taking a crossword book to do while waiting for the next bus, and a couple of completed books to hand in at a Charity Shop.

When the bus arrived, I got on the wrong one!

A Self-Recrimination Mode was adopted. At least Margaret and Hubby found it funny as we nattered on our way to the City Centre. We joked about things, and Margaret suggested I go to the Alladin’s Cave, in Victoria Centre market, to see if they had any horns I cod fit to my three-wheeled trolley and some L- plates. Hahaha!

The left handle worked lose when we moved over a bump. For some reason, this annoyed me muchly. Marge said to ask Eric (Cyndy’s other half), to take a look at the trolley bars.

Not one of my better days, especially following a great day yesterday. Grumph! 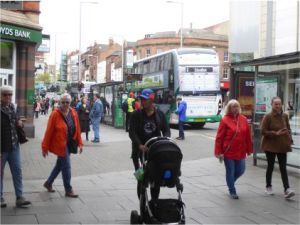 We dropped off in town, Margaret and Tom went into Wilko’s, and I made my way to the Victoria Centre Market. Up in a lift and to the Alladin’s Cave stall.

But they did not stock any air-horns or learner-plates. So, down in the elevator and hobbled to the other end and the Tesco store.

They had no pork-knuckle or milk loaves. Now I engaged a Proper-Fed-Up Mode!

Walked to the other end of the shopping centre and out and across the road to the Poundland shop. I got some nibble treats for raffle prizes at the Social Hour this Thursday. 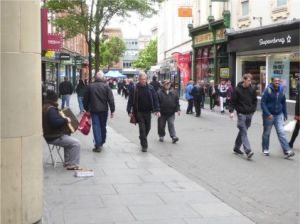 I dropped the books in the Age Concern Charity stop on Lincoln Street.

Then onto Clinton Street. Where I took this picture of the organ-box player and the cheerful passing Nottinghamians.

With cock-ups causing a late start and the trolley giving me grief, I decided to walk to the

Slab Square, then up to the L9 bus stop on Queen Street to catch the bus home.

On Long Row, where Sheila said another stabbing had taken place over the holidays, a poster advertising the Magnificent Spiegeltent one day Circus was spotted, with the erection of the scene can be seen behind.

Further along, at the corner of Queen/King Street, another sad sight of a closed down retail shop!

I took a firm grip on the wobbly trolley-walker and made my way up to the L9 bus stop. Where I met a lady who uses the bus regularly and we had a laugh and chinwagging session as we awaited the late arrival of the bus.

Queen Street looked a bit of a mess, and the unhappy Nottinghamians and Pavement Cyclist did not help.

I took a close look at the advert on the waste bin. It promoted the 2019 Big Nottingham Spring Clean! Then noticed the bus shelter I was in, in need of some attention. Hehe!

Margaret and Hubby, along with Mary got on the bus at the next stop, and the five of us had a good laugh and chinwag en-route to the flats.

When we got off of the bus, Sheila and I had a chat with Nottingham City Home Unterofficer Patch Manager and Ballerina.

I got to the flat and had a much needed, SWWW.

Put the bits I’d bought away, and started to update this blog, and the phone rang. It was the Anticoagulant Nurse, she will be calling at 08:00hrs in the morning (Wednesday), to take a blood sample. Which is good, cause I have the Physio nurse calling at 09:30hrs, and an Axonotmesis nurse calling sometime as well. So that’s worked out for once!

Doris dropped off the book I’d loaned her. I got some small spuds in the saucepan.

Then got caught up on Facebooking and the TFZers.

Got the medications taken and nosh served up.

Back to the lack of appetite-syndrome after yesterdays gobbling-up of all that meal. Left a lot of it, but I ate all of the Sicilian tomatoes and pork pie. The tasteless Spanish tom’s, the bread and the dessert were discarded.

Had a check on and talk with Doris.

Watched a TV programme, then had a shave and shower, into the night-attire.

A lousy day overall, too many brain freezes and Whoopsiedangleplops, far too many for my liking.

2 thoughts on “Inchcock Today – Tuesday 7th May 2019: What a Whoopsiedangleplop Day, Oy Vey!”