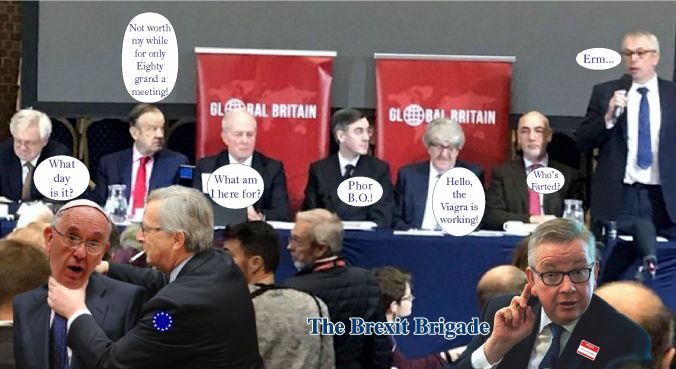 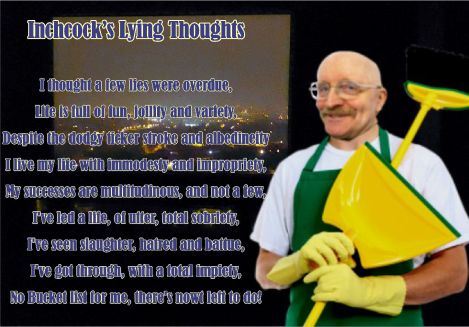 04:10hrs: Woke, and lay there sensing and searching to the pains, they were aplenty. Legs, feet, knees, etc. giving me discomfort. But not surprisingly so, after yesterdays long limp around Nottingham’s medical centres.

Eventually, thinking I needed the Porcelain Throne, (I was wrong). I extracted my body and limbs painfully from the second-hand, c1968 rickety recliner, and arrived at the wet room, it was apparent that things were still solid in rear extraction department, with no signs of any encouragement. The wee-weeing was yet again, of the SSPWW (Short-Sprinkly-Wee-wee). Messy!

The carer arrived, and with the aches and pains being bad, he put on my bamboo socks then, the Ankle-Support strapping on for me.

The limbs from yesterday’s two enforced on me, extra appointments and all the hobbling involved, were bad enough before the Social Services boss arrived later with his snide comments, and breaking off to talk to someone on his mobile, giving his location or what it will be later in the day. Making me feel redundant and even more of a nuisance to him, than I already am.

He said he could not understand why I can’t fit the Ankle-Support myself. Then advised me that he was taking me off the current service level, and on to another. Which will mean Carer attendance will be from 07:00hrs to 09:00hrs each morning. Got me to sign three times on a document, that I have no idea was. This is bad for me, but I am only a patient. This means I could miss the 09:30hr bus every day, as I cannot use the shower because of the noise before 08:00hrs, and this will now possibly be put back to 09:00hrs with the new contract. Which will not leave me time to shave shower etc. in time to catch the bus, in the event of the carer coming later. Life is playing some nasty tricks on me in my old age.

The young, handsome, fit, tall and good-looking boss, then tackled the sink plug problem for me, and it is now working fine. A look around, and he departed. Bless him! 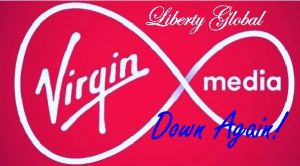 Dejected and despondent, I took the morning medications and had a wash, shave and did the teggies.

Had a go at updating this blog.

Sharon from the Stoke Team arrived. She had tried to ring earlier, that would be the call I had when I was shaving, and could not get to in time to answer. She said some of her requests were cut off? She wanted to know if she could bring a trainee with her. I said that would be no bother, and she called the girl, then went down to let her in.

I’m afraid I get carried away when someone comes to see me. I think I irritated Sharon a little, with my losing the plot, and wandering off the subjects. Silly old alter-cocker!

A long time was spent in discussions, questions, and answers, etc. Too long I think. As I said, due to my getting sidetracked from the reason they were here. Fool that I am! I showed her the photographs of the wounds, and they ask that I take off the screen. All the blood made Sharon feel a bit sick, Oh dearie me. So I removed them and apologised.

Perfect timing, though. As the two ladies departed, Caroline and Sonia arrived for the therapy session.

The two ladies showed interest in my Whoopsiedangleplops. In me, actually. After several hours of exercises. Therapy training.

My walking outside being assessed with the three-wheeled-trolley-guide, which brought some interest from Gaynor, Mo, The NCH Housing Patch Manager and opera singer, amongst other tenants.

So much was gone through and considered for safety, but I cannot remember it all. Just enjoying it. Sonia departed and left Caroline to do some assessment exercises with me. Ah, yes, I remember a bit more now; Caroline cancelled her Friday visit and moved it to Wednesday 22nd May. Ah, we checked something about the medications, I think Sonia is to ask a nurse to look into them for me.

I was obviously annoying again, with my drifting from the topics. Ahem! Well, I love em so! Humph!

During the morning, it is now well into the afternoon, many pathetic SSPWW were taken, and are still now. I think this problem, might have something to do with the medications?

When they had both departed, I nipped up to see Jenny. Only stayed at the door a few moments. It was so gladdening to see her again.

Got some cheesy potatoes mixed, intend to take a nibble to Josie to try, with balsamic vinegar. What a farce, my getting back to my 12th floor. I ended up going down to the ground floor and back up to mine. Hehe!

Took some photographs from the balcony and kitchen windows. 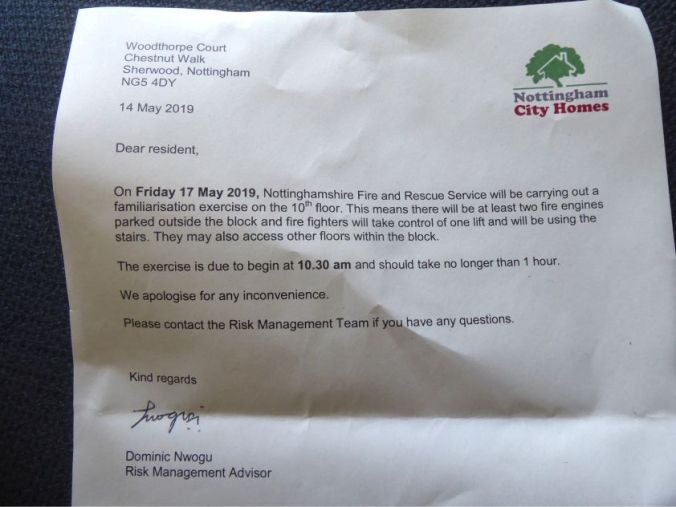 Got the cheesy potato presented and went to see if Josie was in. But she wasn’t. 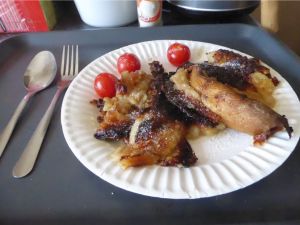 Took the medicines and got my chicken thigh and cheesy potato served up. Josie was not in. So I put her potato to cool and go in the fridge later.

I got mine served up and watched some TV. The headphones are not working. Fancy that!

I burnt the meal a bit. Ahem! Can you guess what it was, originally? Hehe! 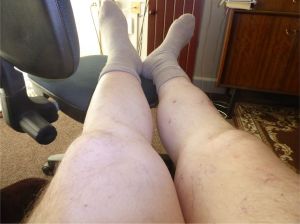 Took the ankle-support off painfully, and got settled down in the £300 second-hand, rickety c1968 recliner, with my feet up high on the swivel chair.

The legs were of different sizes and different colours. But they both ached. Soon to be visited by Colin Cramps, and visciously so! Tsk!

It took me ages to get to sleep. When Colin Cramps eventually left me, the mind-control was handed over to my “Frustrations, Fears and Fantasising Forum” for an hour or so. To allow panics etc. to wander free through my poor brain.

I had to get up for one of my wee-wees, and yet another false-alarm on the Throne.

Thankfully, I dropped off soon when I got down again. I must have been tired, I reckon I slept for seven hours.