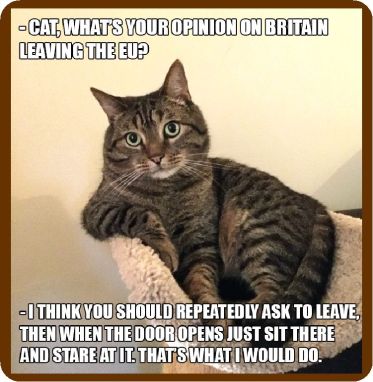 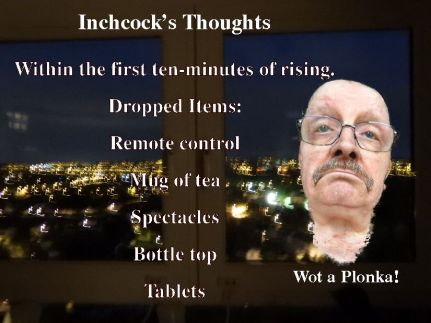 03:00hrs: I decided to stir my humongous torso from the warm-clutches of the £300, second-hand, c1968, dowdy-beige, rattling recliner. Other than the right leg and arm shaking a touch, and the feet, Arthur Itis and Anne Gyna were both in a good mood with me. I rose and was getting my balance when an urgent wee-wee was required. A few paces to the part-filled overnight EGPWWB (Emergency Grey Plastic Wee-wee Bucket) and topped it up a little. Haha! Only the littlest bit, for it, was another of the SSPWW (Short-Sharp-Painful-Wee-wee) category. Still no signs of any activity in the Porcelain Throne department, although, there were a few involuntary silent, nefastous, pongy minuscule escapages of wind coming from the rear-end occasionally this morning. Could today be the day of a movement? Or, not.

I went to get the morning health checks, and medications tended to, moving the remote control onto the Ottoman – but dropped it on the floor. A mug of cold tea slipped through my fingers, splashed the glasses (spectacles),  and dropped them while cleaning them. Made a mug of tea, and the milk bottle cap shot out the shaking-electrified right hand – I still haven’t found it yet! Then, to top off the pathetic performance, I lost a few tablets taking them out of the blister packs. 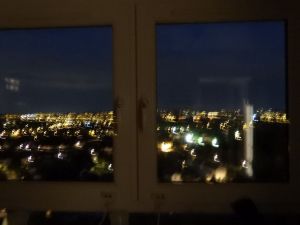 I took a picture through the unwanted, thick-framed, multi-glass needing to be cleaned; and I cannot even reach some of them. Light and View-blocking kitchen window.

Then straight on with updating yesterday’s Inchcock. I don’t think I was making as many mistakes on the keyboard today, despite the shaking hand and electrified fingers. I finally got the blog finished and posted off.

During the updating of the Inchcock Today, I had five SSPWWs, and each time the colour was slightly different. Eventually turning from deep yellow; to a sort of pale brown, now. Well, it helps keep you from being bored. Hehe!

The ablutions were sorted out. Teggies, shave… all done, and then the Porcelain Throne was used!

I shan’t go into too much detail, but it was hard-work and somewhat uncomfortable. The evacuated product was almost black, lots of solid pieces. The blood flowed, I think from Harold’s Haemorrhoids, so some cream was applied after a sanitisationing session. Hehe! 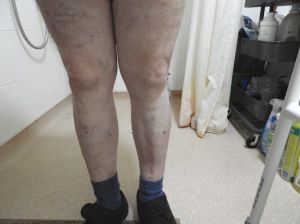 The legs were looking a little worn and white, almost anaemic! Warped and pasty! Right Ankle without the strap on, all twisted outwards. Hehe!

Misshaped, knotty, one fat one thin. The knees may have looked a little less scary.

Not very healthy at all.

No wonder I’m not feeling very well this morning. 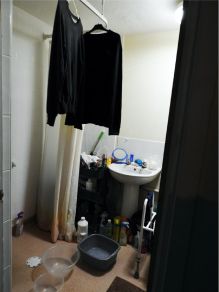 I did some hand washing, socks and a couple of long sleeve tops. Hung the tops up on the shower rail in the wet room to dry. Socks on the warm airer.

I think that the strategy was not a good one, the shirt-tops do not seem to be drying at all. A change of ploy might be needed later on in the day if things?

Made a start on Today’s Inchcock. But didn’t get far before the Morrison delivery arrived, around 07:20hours or so. Included amongst the purchases were some black bean & 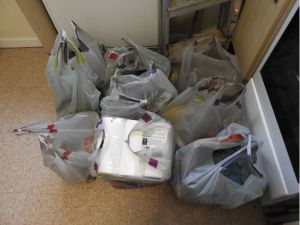 chicken meals with egg rice. They were on offer at 3 for £6.

I’d got a lot of stuff at this time. But I think I needed everything I bought.

The carer Jay arrived. He soon had the Ankle-Support fitted and told me that the carer service will shortly be costing me. I asked him how much, he said he’d try to find out for his next visit and would have a word with his boss to see if a cheaper (yet he didn’t know how much it would be earlier?) or a free service might just be available from volunteers. I thanked him, and he was off. 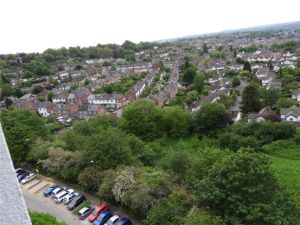 The sun came out momentarily, and I grabbed the camera, but it had gone in by the time I took this picture.

Caroline from the Stroke Support arrived and got to work helping with advice on getting to sleep. The phlebotomy nurse came to take the blood for the Warfarin INR test. Which she soon did, and departed in some haste. I thanked her.

Caroline carried out a sleeping questionnaire with me. Then she did another Q&A form.

She recognised that I was tired and not in my best form. The bus trip with the trolley was cancelled, and we had a little walk outside by the tree copse with the four-wheeled-trolley. I took some recycle-bottles and jars out with us and dropped them in the appropriate bin.

I enjoyed the hobble so much. Caroline even told me the names of some flowers. SHe kindly picked some and put them in my coat front pocket. The weather was warm and hardly any wind, and as I said, the walk was appreciated from Caroline, bless her. ♥ 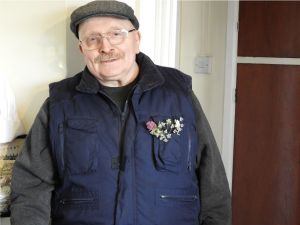 Hobbled back with the new four-wheeled stroller to the apartment, and Caroline took a photograph of me with the flowers she had plucked for me, in my pocket. That was so nice! ♥

She then called the St Anns Valley Medical Centre and discovered that they have a Nail Cutting Service available, starting on Mondays at 10:00hrs.

I’m not sure if they will be open on Monday next, cause it is a Bank Holiday… again!

The intercom rang again after Caroline had left. It was the Stroke Teams Physiotherapist, Charlene. This is the first time she had visited. By gum, she put me through some tough exercises. Haha! We managed a chinwag in between the agonising exercises. Hehe! She said she would ring me with the next appointment, thanked her and off she trotted.

Back to the computer, and the intercom rang again. When they arrived at the door, it was two heart nurses. They were after Audrie, it turned out she is at Winchester, not Woodthorpe Court. 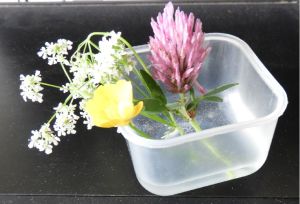 Got the meal cooking, hope it comes out alright.

Took a snap of the wildflowers, and put them in a tub of water. Bootiful!

Got the nosh sorted out. A ready meal. Chicken in black bean sauce with Special egg fried rice. I’ve got two more (Three for £6 Special offer), to 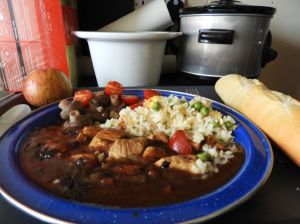 use on Saturday, if Josie likes black bean sauce and chicken, of course. I must ask her tomorrow. I added some extra bean sauce and some tomatoes. I ate most of it, and all of the tasty baguette!

Found a letter delivered. From the Division of Clinical Neuroscience! Confirming the appointment for Friday 24th at 10:00hrs. For cognitive tests, a questionnaire and a blood test. Another busy day is coming up! Is there no rest to be had? Life in my later years seems filled with habeas corpora, hassle and medicationalistical mayhem! Not to mention my losing it mentally, Hahaha!

2 thoughts on “Inchcock Today – Wednesday 22nd May 2019: Another busy day. Four nurses and Caroline called to help me. Nice! ♥”