03:20hrs: I woke up, with only the need for a wee-wee on my mind! I hastily (well in about five-minutes), got myself free of the £300, second-hand, near-dilapidated, rickety, gungy-beige coloured,  c1968, sometimes working, uncomfortable, rickety, rinky-dinked, rattling, rusty, ramshackle, resurrected, reconditioned, recalcitrant, recidivating, rotting-away, recliner. To the salvationalistical GPWWB (Grey-Plastic-Wee-Wee-Bucket), and had a much needed USBUWSS (Ultra-Slow-But-Uncontrollable-Weak-Sprinkly) wee-wee. I was amazed at how full the bucket was. Considering I can only recall getting up to use it the once, and regretted that Arthur Itis was playing-up again!

The brain was soon filled with a stampede of unwanted thoughts. Full of worries, fears, forebodings, misgivings, doubts, uncertainties and a mangled-confusion of plans that I knew would never work, and should never even have been considered! My EQ was in there somewhere, advising me that I was about to do something stupid, and needed to control my thoughts and actions! The message from was unambivalent, univocal, incontestable and unmistakable this time. A genuine warning, an alarum that ensured I would do my best, to be aware and apperceptive from here on. I’ve never had a more explicit EQ message before! I began to feel a tad uncomfortable, and thought I was squirming, wriggling and writhing inside? This was not good.

I grabbed the stick, and somewhat painfully (the knees of Arthur) walked to the kitchen. I got the kettle on, and had to return to the bucket again! This time it was a wee-wee of the WYSAO (Weak-Yet-Spraying-All-Over) variety, I had to be patient waiting for it to end, but at least I knew when this one had done. Haha!

Back t the kitchen, made a brew and had to divert to the wet room to use the Porcelain Throne. Another ‘flash-bang-all-over’ evacuation. Not so much cleaning up to do after this one. Washed the dandies and back to the kitchen. I took the medications with tea today.

I got the computer going to update yesterday’s post. I checked the emails first, and one from Jenny had come in. Bless her, she’d bought a Continental loaf on Saturday from the Oran shop, and Frank didn’t like it. She knows I do, and had left it on the door handle in a bag for me. How kind was that!  I must have been sleeping when she came, cause I didn’t hear the ‘I only want to be with you’ door chime. I replied to the email thanking her kindly.

I’ll just have sarnies tonight then, with that bread. Buttered, sliced tomatoes and some cooked meat, and the peas and mushrooms as a side! Getting hungry at the thought of it.

Makes you sick! Weekend again! Fries garbage-service, again! Utter crap! And the bullying pathetically-incompetent multi-millionaire is advertising how excellent the service is on TV this week! The Scoundrel!

I made another mug of tea, had yet another trying WYSAO (Weak-Yet-Spraying-All-Over) wee-wee, moved the clothes on the air dryer, adding the still wet oven-mitt to them, then returned to the computer. Hello, it’s working again!

I got straight on with updating the post. It took a while, because…

I finally got the blog finished! Hurrah! I made a brew and took a photograph of below the light and view-blocking new kitchen window. Blind, because of the ridiculously wide ledge, prevent one from seeing anything. Tsk!

I decided to make an order on Amazon, for the Mannen Lemon Wafers, and short Bamboo socks. The reasoning for doing this: 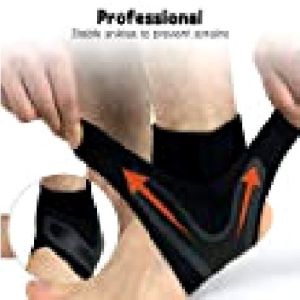 I came across a cheaper and smaller Ankle Support on Amazon. I added it to the order. I just hope it works something like as well as the larger one I’m using now.

I went on the WordPress reader, some great stuff on it today.

Made a beginning to this blog, can’t take too long, with Josie’s Sunday nosh to prepare. Brother-in-Law Pete rang, and we had a chinwag. He and Jane will be calling next Wednesday to see me. I don’t expect to get my valuables back, they are worth too much for them to risk me losing them. Hahaha!

After a few more hours, I stopped working on the blog.

I received an email, and this of news from the Nottingham Courts was an eye-opener.

I’m glad to see he was punished. Ha!

Punished? Conditional discharge? There must be more to this than is printed here!

Back to check on Josie’s nosh. I went to get the potatoes mixed with chives, onion and Leicester cheese. While in there I took some photos of the most amazing clouds, as the day burst into lightness.

I got the nosh for Josie delivered to her door. I hope she enjoys it. She gave me some potatoes and tomatoes in return, bless her cotton socks.

I went on to Facebooking. I want to find out how the TFZ founder Sandie, is getting on. She’s had terribly tricky and painful operations. Fingers crossed. ♥

Sketchy news, but the gal is not in good shape.

I put some stuff on the Facebook photo galleries. Including this picture, I found on the web, of four of the old favourites from long ago. I suppose many years ago I tried them all, when I was addicted to nicotine, I recall the Guards brand, and tried them often. A little dry tasting, but made a change.

It’s strange how addictions come back to mind. I really do miss the pipe and the gorgeous Erinmore Mixture. As for the plonk and ale, I am only tempted when depressed, and in summer, when I see folks sat out in the sunshine, enjoying a pint!

Nearly three hours, Josie has not returned the plate etc. yet. I shall be wanting to get my head down soon. The usual weariness and wandering mind are coming over me already today. Poor old sausage. Hehehe! I called at Josie’s to give her the last lemon wafer, I know she loves them as I do. I collected the washed plate, tray and cutlery, and had a minute or so chin-wagging. Josie said she enjoyed the meal, which cheered me up!

I got back in the apartment and got my nosh served up. A cold nosh tonight. Tomato and turkey sarnies, on the Continental sourdough bread that Jenny had donated to me. Thanks again, Jenny! ♥ Garden peas and mushrooms, the last of the spring onion, BBQ turkey thingamabobs on sticks, sliced beetroot, crispt cheese sticks, and an orange drink from the fridge to follow. Tired as I was feeling, I ate it all up, and thought it was worth a taste-rating of 8.2/10!

The noises from above were pestering me a little, so I put the headphones (that desperately need replacing) and watched some TV. Which to me disappointment and chagrin, did not sent me to sleep as it usually would do. In fact, no nod-off until well gone 23:00hrs!

I did get off eventually, and a nightmare (literally) kip of about four hours was enjoyed. Well, not appreciated, but suffered. Poor old thing! Haha!