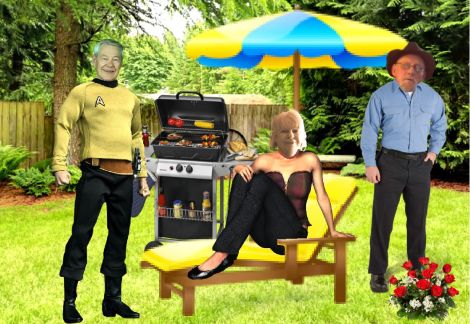 What’s going on here, then?

00:30hrs: I woke to require a wee-wee and fought to dislodge my bouncy, prodigiously over-bellied body from the £300, second-hand, c1968, eyesorely-horrendously grungy coloured, haemorrhoid-testing, unfit-for-use, recliner.

Caught my balance (eventually) and meandered over to the NWWB (Nocturnal-Wee-Wee Bucket). I suffered from a lot of PMD (Pre Micturition Dribbling) before I got there. Embarrassment-Mode-Engaged! As I decided to go to the wet room for a clean-up, gaseous wind escaped from the rear end, and the haste to the Porcelain Throne took on a new urgency!

I got there barely in time. Trotsky Terence was in charge again, even more so. The evacuation started of its own accord, Wet, but gungy and gooey again! What a mess to clean up, the bowl, me, from the escaping wee-wee, swapped PPs… and had a wash. Then needed to refill the water tank a few times by hand from the sink to clear the evacuated product! This was too much like hard-work to wake up to, Tsk!

I got the Health Checks done. The Boot’s Chinese Sphygmomanometer gave forth worrying results again. SYS 162, DIA down to 76, and the pulse was up to 91bpm!

I’ll check on the NHS site in a bit, but it didn’t look right to me. 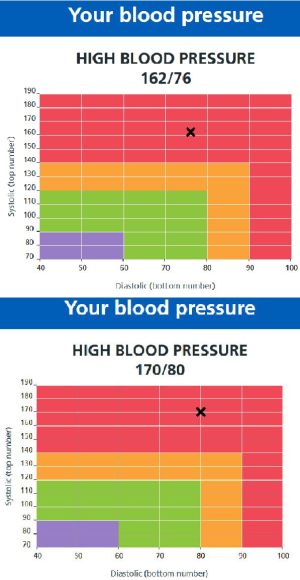 in the red or amber. I soon found it was well in the red High Blood Pressure area on the graph.

But it was actually a bit down on yesterday morning’s reading? (I think).

Mind you, yesterday being a Sunday, I’m not really surprised. Even the thoughts of Sundays send my BP, pulse and depression rising! Hehehe!

I tried to go on to Microsoft Excel, but again it wouldn’t let me. Gave some garbage about being updated again? Most annoying considering I’m paying for some extras on it… mind you, I can’t remember what they are supposed to be! I’m doing a lot that nowadays… not remembering! 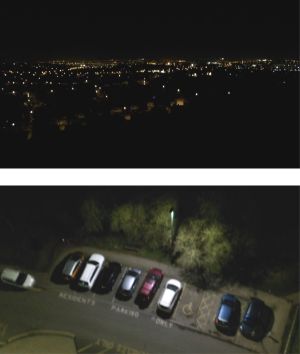 I had to put the Canon camera on charge and nipped onto the balcony to take the view and Chestnut Walk photographs, using the Kodak.

Then, the Porcelain Throne visit no. 2 arrived! A repeat performance as the first visit, but, thankfully, without the PMD (Pre Micturition Dribble). I don’t want to fill this diary with wee-weeing, but they got more frequent throughout the day and were all a smidgeon painful. Humph! Maybe I took two Furesomides, one being instead of the Beta-blocker?

I completed the Sunday Diary updating and emailed the link. Pinterested a couple of photos. Made a brew of Glengettie and back on the computer. Made a start on this diary, then went on Facebooking for a while. Next, I visited the WP Reader Section. Then read and respond to some comments. Only two today – am I losing my appeal? Hahaha!

I made and sent off an order for Iceland for delivery next Friday, 12th, twixt 06:00 > 08:00. Started sneezing again, and the shivers have come back?

I’ll make another brew and got some biscuits to nibble. Then off to get the ablutions done – I got side-tracked yet again, and I got the handwashing in the sink to soak in the Surf with tropical Lily and Yang Yang, soap powder, for after the showering.

Off to the wet room. Ablutioning: It’s never gone better than this morning! A total of about six dropsies, Grrreat! Only two tiny nicks shaving, and it seemed like a flash, and I was all done and towelling off. And; the medicating was problemless!

Which, of course, brought me to a decision making time… I was going to wear a pair of shorter cotton socks today – which I was tempted to put on with Sock-Glide-Glenda!

Changed my mind and adopted the ‘in the corner’ position with the door behind me. I flipping changed my mind again, as I recalled yesterday’s tumble doing it this way, albeit with the extra-long socks. Then bravely, nae… heroically, I decided to use Glenda, fearless I was! (But, I 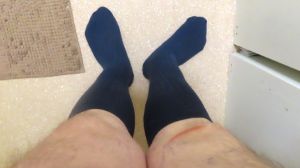 soon turned into a whimpering wreck!)

I got both socks on without getting any bleeding, trapped fingers or stubbed toes, or welts accrued. Just as I was considering upgrading my Smug-Mode… I dropped the Sock-Glide-Glenda as I putting her back on the show

er chair! A corner landed on my right ankle, and it bounced up again; it clouted and set off poor Cathy’s Cartilage and slid down ti hit my left big toe a wallop!

Of course, I merely laughed it off and had a joke with Glenda as I threw her in the corner of the wet room (luckily resisting the urge to kick the damned frame!) Fighting off crying, gritting my teeth and feeling a right fool! Things were going so well, as well! Thunderclapilisations!

I got the Phorpain Gel out again and gave Cathy’s knee a good rubbing in of it. But, I had only myself to blame. But I didn’t. Hehehe! 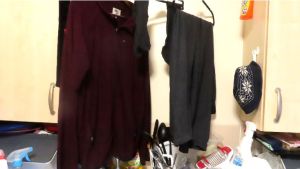 I got the handwashing done, a bit more of it today. I used the powder Surf; it does smell nice! Standing there in washer-woman style at the sink for a while, upsetting Cartilage Cathy, as was expected. I must try to remember to keep ringing the clothes out!

Then prepped some leeks to go into the crock-pot for later. I may have been a little risky, with Trotsky Terence being so rampant, but I decided to have a can of

Chilli-Con-Carne this afternoon, and I aim to add some peas and the leeks. They smelt excellent cooking. I added an Oxo cube and some Bisto Best beef granules.

Then with Iceland not selling the anti-Diahorrea medication yesterday, I had a look at what was available on Amazon.

A box of 30 sachets of ‘Specta’ acute & chronic, Instant Relief powders was ordered.

Then I checked on the Amazon site to see what time they may arrive, and I found they were due tomorrow, not today. Tsk! Humph! I got myself in a pickle there! Rather confused?

Maybe I shouldn’t risk the Chilli-Con-Carne, then? Mmm!

Then it dawned on, the Vampire nurse is a little later than usual arriving? Mind, you, some don’t come until it’s my head down-time.

I do feel a right schnook! I had a look at the DVT Warfarin card for the last visit. The next vampire nurse blood test is not until the 22nd of March! Blimey, that’ll be a gap of five or six weeks without a Warfarin blood test!

And I was relying on talking to the nurse about my problems. It’s been so long since I got through on the phone or by email to the Doctors surgery; the 2nd- vaccination is due. I know not when – Vaccination- centres are closing due to supply problems… And I do need some anti-diahorrea medications, but I am not allowed out from lockdown until at the earliest, the 31st March… I’m all fed-up again, now! 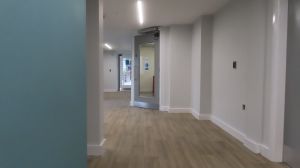 The message came up to say the Amazon Alchohol-free-wine was one stop away! So, I took the two bags of waste, got them on the trolley, took one bag to the waste-chute, and the other down to the caretakers’ bin. Got down in the lobby and realised I’d not took the camera with me. So, back up to 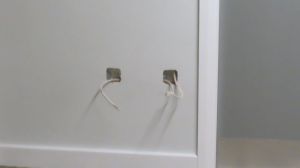 collect it, and down again. Cartilage Kathy and Arthur Itis both displeased with me, and hobbling was getting more difficult. The aches from Sock-Glide-Glenda didn’t help, either. I noticed the workmen had started doing some electrical wiring. 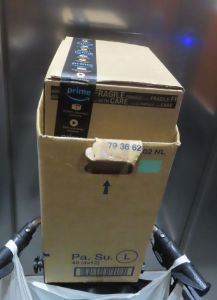 No sooner had I got into the front lobby than the Amazon driveress came it. All four bottles were in a box with cardboard dividers. That box just fitted in the waste box on top of the trolley. Hello, a bit of good luck there… it’s worrying, you know!

Up in the elevator and back to the flat, Josie came out to hand me the tray and utensils from the meal yesterday. But I was struggling to get the trolley-guide into the hallway. She asked what I was doing, and I told her. Trying to get the box of bottles out of the waste box, so I can keep them in it for when Sister Jane can get to collect them, but they were now tightly ensconced. Hehe!  So she took the dividers out of the delivered box and started to tear them up! I managed to stop her – it’s great when two deaf people try to communicate, innit!

I thanked her, I think, and got the box in the hallway. I took one out for Jenny, Doris and Frank, and can put the alcoholic ones I bought last November for Jane & Pete in with them later. I nipped the wine and mixers down to Jenny’s; it was lovely to see her again after so long, from a distance, of course. I got back up to prep the meal.

I strained the leeks and put them with a can of American Chili-Con-Carne, in the saucepan. Added a little more grave seasoning, and some passata with basil, to the mix.

Then updated this blog to here and now must go check on the fodder. Ah, already, so I added some potatoes, stirred it and got the crock-pot washed. Very late for me now, poor old sausage. Hahaha! A Taste-Rating of 7.5/10 given.

I hoped to watch ‘Tales of the unexpected’ for an hour, and I was awake when it started. But only managed a minute or two, and Sweet Morpheus took me into a sleep that lasted for about a good five-hours, of guilty nightmares, and I woke with a desperate need of the Porcelain Throne!