0115hrs: The expergefaction was calm and steady this morning. There was no jumping into life with sudden panics over nothing and everything. Within seconds the brain joined the body, and instructed me to get the laundry duties done immediately! As the Daleks used to say “I Will Obey!” (They still might, are they on Dr Who nowadays?)

Detached my almost pain-free body from the £300 second-hand recliner, feeling uncomfortable with the lack of any ailment hassle. Not normal this?

Took the medications. Had a wee-wee, and gathered the washing bag, put the camera in my pocket and down to the laundry room.

Only one lift was working at the moment. Number two stuck on the third floor.

Got the machine filled and going.

Then popped outside (Luckily I’d remembered to take the foyer-door swipe with me).

A touch of frost on the car windows, but the forecast snow was nowhere to be seen. (Not complaining mind, oh no!)

No rumbling or grumbling from the innards at this moment. Something else to worry about, Hehehe! 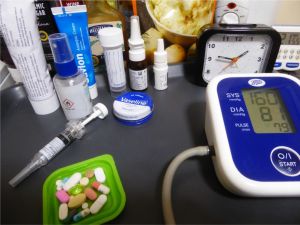 Back up to the apartment.

Did the Health checks for this Monday morning, then I took the medications.

The Porcelain Throne beckoned my attention, so off I went to the wet room to tend to this essential duty.

I was getting a bit concerned now. Not only were the ailments giving me a break, but now, during the Throne session, I find no bleeding from the rear and the evacuation was far less messy than recently. Unnatural for me!

Time to go down and move the washing from one machine to the dryer.

The electronic sign near the elevators showed it was just on freezing outside. The second lift still stuck on the third floor. It also informed us that we could be an Equalities Panel Member. 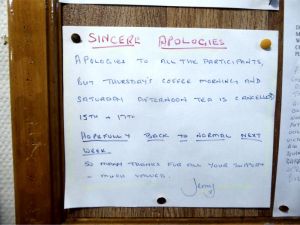 I spotted a poster from Jenny on the notice board. No Social Hour this week, then. I hope this is not through Jenny being poorly.

Perhaps one of the Obergruppenfurheress Wardens is off on holiday, or standing in somewhere else to cover sickness or leave for another Warden? That would be a better reason than Jenny or Frank being poorly.

Up to the flat again. I set about getting last weeks Health Checks log updated and started this morning.

Down to the laundry room. Got the togs out of the dryer and folded and into the blue bag. Then realised I’d put the cleaning gear in the bag as well.

So got it out and started to try and clean the intake drawers of the concrete-like deposits of soap powder in them and around the area.

I couldn’t get it all off, cause I forgot to take the sander and drill down with me. Hehehe! Cleaned it a bit and sprayed antiseptic freshener around. 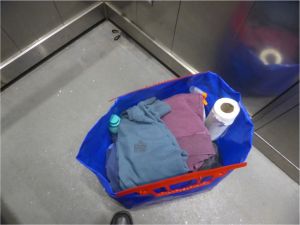 I got into the lift and espied two large beetles, well, I think they were beetles, on the floor apparently dining on something that had been spilt under the folded-up seat.

In a flash, they had disappeared. Where to is another unsolved Woodthorpe Court mystery?

Made a start on this blog. Then finished off the Sunday one. Posted it and went on comment responding.

Had to on to Chrome again for it to allow me to go to the WordPress reader. Tsk!

Got the ablutions tended to.

Sorted the black bags and took them to the rubbish chute.

Got my torso all wrapped up warmly, collected the bag and shopping list, and off out.

The site was looking very busy this morning. 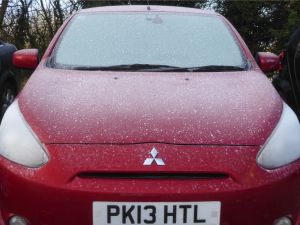 Lorries were coming and going, unloading, men going back and forth as they took heaters and equipment to the other block, Winchester Court.

It was much colder than it looked as I made my way up to Chestnut Walk through the car parking row and to the Obergruppenfurheress Wardens hut.

Three or four folk in there, and we were soon joined by others, and a good laugh, insult throwing, sarcasm ridden session was enjoyed.

More gossiping at the bus stop.

The Nottinghanian folks did not look a happy bunch at all, bless em.

Went into the Slab Square to catch a tram to Bulwell. Noticing, as I approached the end of King Street, something I have not seen for months now. Police Officers on duty.

They looked very keen as they stood around with hands in their pockets, in a little huddle, having a chinwag. Most likely unaware of anything going on around them. Like the street beggar on the corner, or the pavement cyclist who passed them by.

Well, it was cold. Hehe!

The tram arrived the same time as I did on the platform. Nice that! Swiped my bus pass on the recorder and got on, finding a seat free, too.

Finding the optimum words to describe the atmosphere on the transport is not easy. I felt as if something violent was about to explode, uneasy, on tenter-hooks, weary. I got the crossword book out, to take my mind off the feelings. But gave up trying as the ride was most uncomfortable on these tiny hard seats, and as the tram filled-up with Nottinghamians who tended to not see me and bumped into me nearly knocking me off the chair as they moved on and off.

At the Bulwell station, I allowed the mob to alight first and clear the platform before I moved. I thought this advisable so as not to get knocked over, hit or trodden-on in the stampede of the Bulwellhamian passengers exiting and competing with each other to be the first one to do so.

The tram departed, and I made my way alone, across the line into the car park and up into Main Street.

Then to Herons Foods, got a bottle of sterilised milk.

Farmfoods lastly, where much money was parted with in return for:

Caramel nibbles on offer price, for the Social Meeting which has been cancelled. Tsk! Gastro Chips X2 at an offer price of 2 saving 98p. Tinned peas and biscuits (For the nocturnal feasting perhaps? Hehe!). Potatoe Fritters, two bags, very tasty! Battered onion rings, a big bag, and a big jar of black-bean sauce at £1.

Made my way to the bridge over the river Lean, to feed the pigeons and Mallard Ducks.

To the station and caught the tram back into town.

It proved to be an arduous, miserable journey. I was squashed on a side-saddle seat with the two bags of comestibles underneath and trying to keep them from falling over. There must have been over 200 passengers with all those standing. Teenage girls having a fight. Got knocked about at each stop by incoming and exiting Nottinghamians. A young Asian lad opposite me, just sat there giving me the evil eye all the way. Why I know not.

Got my poor plates trodden on several times.

When it came to getting off, I only just got to the doors in time after wading my way through the crowd, struggling with the heavy bags.

Glad to out of the tram, I made my way to Queen Street and luckily, had only a few minutes to wait for the L9 bus.

No one on the bus that I knew. Had a go at the crosswords, but didn’t do very well at all. Getting late you see, the fatigue was moving in. Haha!

Arriving home, the first thing I did, was to get the oven on to heat the potato fritters.

Put the fodder away – a full freezer again now.

Had a wee-wee. Did the Health Checks.

Got the fritters into the now heated oven. Took the medications.

I had long fruitless search for the Hearing Aid Clinic Record Card again.

Got the meal served up. It was so lovely to have found some potato fritters on sale again. Tomatoes, sugar-snap peas, the last potato and the last of the sliced apples. I’ll have to nip out in the morning and get some replacements in.

Herbert upstairs was making a bit of noise again. But it did not bother me, I’m getting used to expecting this now.

Washed the dishes and was so weary, I got down in the recliner and watched some ‘Last of the Summer Wine’ DVD episodes.

Fell asleep and it was dark when I woke up.

Back down in the chair, put the TV on and was in the land of Nod in no time. I think I dreamt of being chased in an abandoned office block again.

Woken up by the Strobe and Pillow Shaker fire alarms activating. It wasn’t sent to the signal receiving station. But I just had to go through all the usual checks again. Will I ever catch-up on my sleep? To the door, check for any heat on the handle with the back of the hand, (No heat). So, open the door and do a visual check for any smoke, listen if any fire alarms activating (None), go to the kitchen window, open it and look down to see if any emergency vehicles were in attendance (No).

My rest and sleep once again pessundated, by things of exogenous and are out of my control. Tsk, Humph and Grogglecrapness!