0025hrs: I woke with the brain and body in (semi) alignment for once. The aches and pains from yesterdays marathon hobble to the Arboretum were assessed, as I slowly moved and prodded the affected areas and passed wind.

Arthur Itis in the ankles and knees was not too bad. Lower-Back Pain Petunia and Hippy Hilda were both niggling, but acceptable under the circumstances.  Duodenal Donald and Hernia Harry were of no hassle whatsoever. Both of the fibulas were painful and stiff, as to be expected, though. Anne Gyna was no bother. The only thing that was of any real concern was the possible returning pains in the ribs. I just hope that the Pleurodynia is not beginning, this would be unwelcome. Last time I suffered with it, I had to use far too many painkillers to cope with it. I’m trying to reduce the medications I’m on, not increase them. Still, I’m off the morphine now and trying to get by with fewer Codeines. If the Pleurodynia does return though, I shall not hesitate to use more opiates for pain relief. Not much gets to me pain-wise, but if this pleuralgia pain, I do not like. There I go waffling on again! Klutz! Expecting the worst. Fool! Not that I’m all that keen on the other ailments. Hehehe!

When I dismounted the £300 second-hand but working circa 1972 recliner, the ankles and plates-of-meat were worse than I had expected. So, I decided to rub in some of the Phorpain Gel. Sounds easy doesn’t?

Not the rotund shape my fat-wobbly stomach is in, it isn’t! In my younger years, I honestly never thought I would ever have such trouble getting to reach my feet. By the time I’d got the pain-gel partly rubbed in, I had started Anne Gyna off, Reflux Roger had kicked-off, and Dizzy Dennis paid me a visit! I just can’t win, can I? Humph!

Then the innards summoned me to the Porcelain Throne. A much-improved evacuation session. I got three pages of the ‘Catastrophy’ book read, and they are big pages. Haha!

Cleaning up after the blood-free session, it dawned on that I could only see about ten or so dead Evil ironclad Boll-Weevil black biting beetle bodies on the wet room floor this morning. Dare I think that things are improving and I am winning the battle at last? Oh, no! Had a heavy spray around again, depleting another can of Bug Killer! I got a new can of ‘Raid’ Spray and had a reconnoitre in the spare room.

Oh dearie me! I found about 22 dead weevils and four live ones (Of questionable breeds if beetles?) on the sill of the unwanted light and view-limiting new window.

I thought, and feared that the dang things might be getting some sort of resistance, developed an ability to withstand the expensive bug killers that I’m using?

Off to have a patrol of the kitchen. Where only a handful of dead corpses were found.

Got the hands washed and tended to the Health Checks.

Astonished, at the Sys Dia and Pulse, results all being higher today compared to Monday. But, I must not allow myself to get all valetudinarian-like!

I made a brew of Assam tea with just a splash of milk in it. And got on with updating then finalising the Monday post. A long gruelling job, with all the photographs from the Arboretum visit to sort out. I got it finished around 0400hrs.

Got an email from Asda (Walmart).

I’d forgotten why I stopped using them for deliveries.

I went into the kitchen to make another mug of tea and decided to take a photograph from the window. Low and behold, there was the Asda (Walmart) delivery van.

Everything was there as the Email. Although why I would want Cheese Sticks as a substitute for shredded potato hash browns still puzzles me.

Got the stuff put away and went on WordPress Reader, then CorelDraw to do some blog page header graphics.

Oberstgruppenführeress Warden Deana rang. ‘Had I done my alarm wristlet battery check yet this month’ Of course I hadn’t, so I did. Hehe!

I did some graphics prep work for hours on end.

Health Checks were done with medications.

Got a visit from Dizzy Dennis and Shaking Shaun again. Incapable of concentrating on anything. Turned off the computer and got an early nosh sorted.

I did notice how beautiful the sky looked with the suns crepuscular rays coming through the clouds. Thanks to Tim in New Mexico, for telling me the word for them in a comment!

Here is my favourite of the photographs I took of the sky.

In the morning I made up a post with all of the pictures taken and added some humorous prose to go with them.

View from Inchcocks window, with prose

Dizzy Dennis and Shaking Shaun left me alone, and this hated weariness arrived. I did nothing but sit until I fell asleep ridiculously early… Ay-yay-yay!

Views that started Inchcock’s brain rambling off, thinking, pondering over and worrying about everything. Frustrated that he can do nothing about anything nor even comprehend, understand or communicate with his own mind!

The sky tonight: It’s polymorphous really did impress me,

The dying sun, struggling through the darkness, expressly,

Should have inspired a song, probably from Elvis Presley,

Magnificence flowed, from apex to apogee,

The above line is wrong, I couldn’t find another word to rhyme, you see! 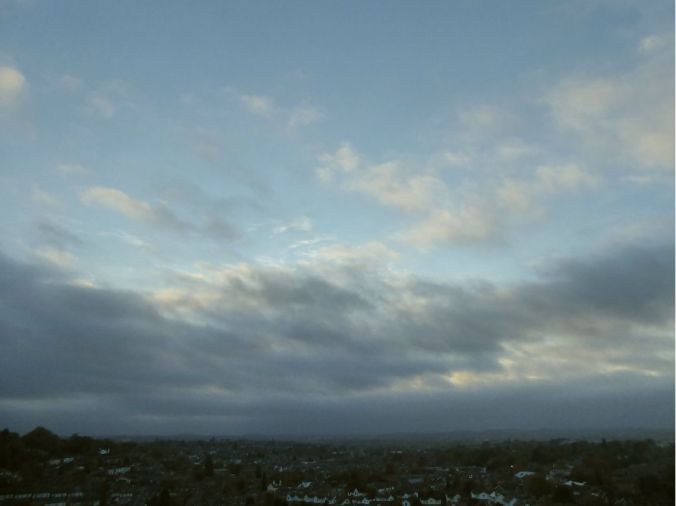 Ah, the joys of living up high up in the clouds, primarily,

Where I can feel abandoned, sometimes get a bit dizzy,

Seek happiness… but that’s another story,

I had to break off a while, I’d had too much curry,

So off to the Porcelain Throne in a hurry.

As to the reason for the natures ostentatiousness, I’m not privy,

Why mankind’s existence? Finding out is no tantivy,

No point in searching, so close to my logging out of life’s activity,

I blame my failure, on my brains under-activity,

Also on my abundant  impecunity,

My lack of faith and the absence of any divinity! 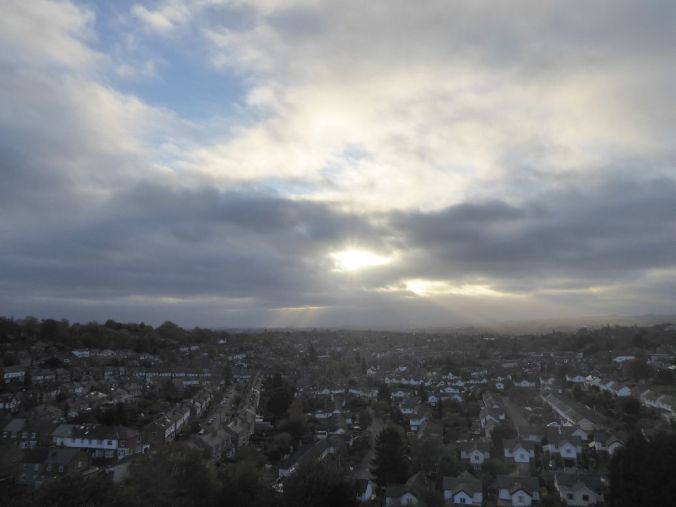 I’m aware my brain has an impaired cognitivity,

My physical condition deteriorated, no longer of its high-quality,

Ailments abound, and the midriff is a superabundant mass, too much quantity,

My life’s actions have had little bioactivity on others, that’s a sad pity,

Relationship-wise, there’s been a paucity!

Fellow workers seemed to be more successful, with greater superiority,

They had confidence; that bosses mistook for ability!

Too late for me now, as I approach my senility,

Now I’m classed as having a disability,

I mean apart from my natural stupidity!

This occurs now with a pungent consistency,

The monthly medications increasing, remind one of mortality,

The brain wakes in the morning with even more veracity,

Often with thoughts lacking in reality,

But I do my best to keep my humour and morality!

I try to keep my medical appointments with accuracy,

I do my bestest, to avoid any turpitude and degeneracy,

Keeping my perambulations regular and ambling, not sprightly,

Sometimes I forget to take my medicines nightly,

When I do miss them, I accept the pains, quite quietly,

For it was me who caused them by acting deficiently! 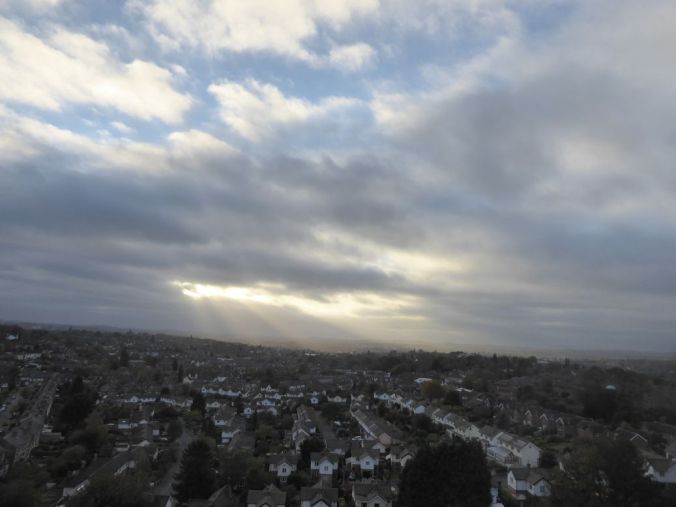 I wrote these words in a mood, benignantly,

I dream of helping others to have a laugh, but not confidently,

For I fear that humour’s now being received with severity,

Not with a smile, merriment, or joviality,

Still, the photographicalisations came out chromolithographic.

I blame folks worrying, over the UK’s Brexitaliticalisationing!