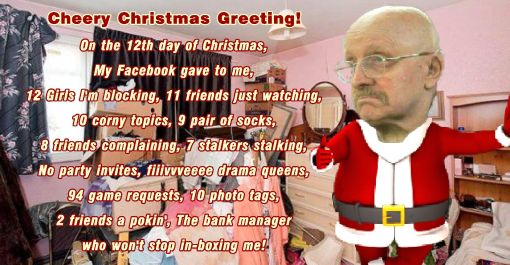 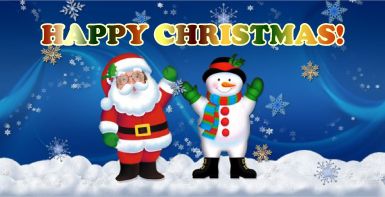 23:50hrs: I woke, pondered, tried and failed to get the mind functioning, passed-wind and realised (as is so frequent at my vivification times lately), the need for a wee-wee was my expergefactor. I roused the brain then the body, the body was the easier of the two to inspire into semi-life. Arthur Itis, Anne Gyna and Duodenal Donald were all taking a break, which cheered me a bit. You wouldn’t believe the ease with which I got out of the second-hand, £300, c1968 recliner! The right peripheral neuralgia leg was giving signs of a possible upcoming involuntary Neuropathic Schuhplattler drop-something and flail-about dance routine. The tiny twitches were the signs.

I got to the overnight well-used, but I can’t remember doing so bucket. Another half-hearted, but slightly painful evacuation, of the PWWDIB (Pathetic-Weak-Why-Did-I-Bother) mode.

While waiting for the dribble to terminate, I mused over the situation. If after five minutes of non-stop passing, I’d managed only a couple of fluid ounces; then how many times had I needed to get up and to have utilised the GPWWB overnight, to find it so full now? And, why do I not remember waking, getting up, wee-weeing, and getting my grossly-stomached body back in or onto the rickety recliner? Mind you, I did wonder why I found that I’d had left the walking stick on top of the clothes airer?

No tea-making this morning, I washed out and disinfected the bucket and returned it handily near the computer, and got the computer on to update the Tuesday blog. But my concentration was not good this morning at all. The neuropathy and autonomic nerves in the arm and hand were not playing up much, more the shoulder at the moment, but things can change. It’s the brain causing the aggro.

After about an hour of updating, the usual sudden and urgent need for the Porcelain Throne arrived! I was not going to risk any delay, after the other day, so, I grabbed the stick and moved towards the door. Two or three supported paces and Arthur Itis came to life with a vengeance! Everything changed, the pain was chronic and stiffness too. But I had to get to the Throne at all costs. I limped on to the wet room.

No messing, dressing gown thrown off, PP’s down and got seated. Apart from the oversized amount, things went well. Hardly any bleeding, and what there was looked like it was from Harold’s Haemorrhoids. Minimum pain as well. It was as good a session as could be expected. But the system did not clear things when I flushed it. So, hand filling the water box, I got it ready to go again, and this time it cleared things. Phew! 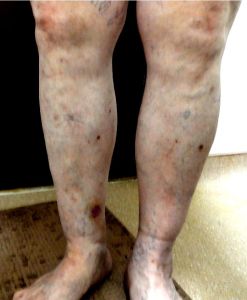 I got some fresh PPs on and noticed the old ankle ulcer wound was looking a bit lively if that is the word. A lot more colour in the pins as well. I got the camera and took a snap of the legs. On closer inspection, the ulcer didn’t seem so bad after all. The damned scary to look at thrombophlebitis and the deep vein arterial thrombosis (phlebitis) was getting prominent again. I got the Phorpain gel and gave both knees a jolly-good massaging with it, I’ll take an extra Codeine 30g as well.

It’s funny how easily and quickly things it can change from day-to-day. The blood papules and Clopidogrel maculations don’t seem to bad. When it came to me putting this picture on many hours later, I thought I might have a new ulcer coming underneath the old one? This may shortly mean a visit to the Anticoagulation Haemostasis Deep Vein Arterial Thrombosis Clinic, a mouthful, but I love typing it for some obscure reason. Hahaha!

Then, as I was washed and about to leave the wetroom, and it’s even harder for me to believe, but I spotted the camera lens cover that I had searched in the wet room for, four times to find last night! This is also worrying. Let’s look back over the last week, at the cock-ups from Inchcock. No, I’d better not, I feel an inefficacious, inferior, inefficient, inept, insalubrious idiot in life, as it is. No need to make myself feel even worse than I already do.

I spent many hours on the computer, making many errors, mistakes and correctionalisationing so often, it drove me mad.

Then, I had a visit from both Dizzy Dennis and Shaking Shaun, and that was the end of any rememberable events, as I settled for a sit-down and recuperative rest. Where I stayed for several hours, not being able to sleep due to the shakes of Shaun, and no chance of logical thought, thanks, Dennis!

I was just feeling ready for sleep as Shaun was easing off, and the landline flasher burst forth. I knew it had to be xyrophobia-suffering Brother-in-Law Pete, who else would know when to call at the optimum time to annoy me! I’m still convinced that when he damaged the recliner, while he was flat-sitting when I was in the Stroke Ward, that he fitted new clandestine CCTC cameras. He searched for my valuables, which he found and took. I got a bit of them back seven-months later, he had deposited some in his bank account for ‘Safe Keeping’, pawned some of the old bank-notes, and gave many of old coins to his favourite charity (?).

My part in the conversation was acataphasia-ridden, and with the brain not taking everything in, this is only a sketch of the conflab we had; Yesterday, the lad went to the hospital for his test results. NAL diagnosed (the final and longest section of the small intestine. It is attached to the colon). Ilieum Inftona (the third portion of the small intestine, between the jejunum and the caecum). It is slow-growing, and the doctors plan to do a yearly check on his colon. Which is not bad considering what it might have been. The thing that actually pleased the nihilist, was when they told him there were only 240,000 sufferers in the country. That’s done it! As if Pete needed proof of his individuality and Specialness! Hahaha! I was pleased for him, you’ll probably read in the Nottingham Post or hear on Radio Nottingham soon, Nottingham Man with a rare disease offers TV reporters a special-interview rate (£50 an hour) and tours around his home! (£55 plus VAT and £5 fro a cup of tea) Sorry, Pete, I couldn’t resist that!

My appetence for sleep was even stronger when I got back down in the recliner. My insomnia probably came from my nocturnality? Yet I did not actually feel too tired, just drained, depressed and a smidge of self-pity.

At least this Christmas Day I’d got a phone call; I’d not seen or spoke directly with anyone of course, but this is perfectly normal, and I don’t think affected me low spirits at all. Then the facinorous ‘Thought-Blasting’ came again. Then Shaking Shaun returned to join Dizzy Dennis, at least this stemmed the flood of confusing fears, worries, regrets and self-justifications and vindications. But still no chance of any sleep, so I turned on the TV, to pretend to be a normalish person, and watch the traditional holiday film of Dicken’s, A Christmas Carol, with Alastair Sim as Scrooge. I’d watched it, I don’t know how many times since it was first made in 1951, but annoyingly I stayed awake all the way through! Humph!

Dizzy Dennis and Shaking Shaun continued to batter my oleogustustic body. Sleep resisted my efforts. I’d been up for around fifteen hours now. Bored, missing my chinwags and hobbles, generally feeling crestfallen, dejected, down-in-the-dumps and so annoyed at myself for some reason, or reasons!

I felt the need for the Porcelain Throne come on. Which, considering that all I’d had to eat was my traditional Christmas day very-large piece of pork pie all day? Out of the recliner, it was dodgy getting to the wet room, thanks to Dennis and Shaun. I then spent I don’t know how long, sat on the Throne, waiting for the action to start. I did my best, grunting and grimacing, had a go at the crossword book. Eventually, I gave-up, feeling trepidation, frustration and absumption. Had a wash, and weakly, I hobbled back to the recliner.

Dropping the stick as I sat down, stubbed my toe against the recliner’s metal foot, and wanted to cry. But I didn’t. Instead, I left the stick where it had fallen, plumped onto the chair, I silently cursed life, and tried to nod off to sleep, again. Futility came to mind, accompanied by an acceptance of the situation?

The stinging from the middle toe demanded some relief, so I rubbed in some of the Phorpain gel and then dropped the tube from my fingers as the finger-end neurotransmitters failed. I used the handily placed on the other seat kitchen towels, to wipe up the gel from the seat cover, floor my stomach and legs. Of course, bending down to get the gel off of the carpet, merely set-off Dizzy Dennis again, who had been calm, as the stubbed toe replaced him in the urgency stakes.

Depression and exasperation reigned, mangling their way deeply through, into my grey-cell box.

I hope for a better day, tomorrow.