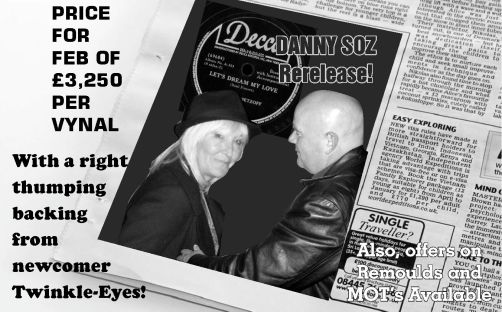 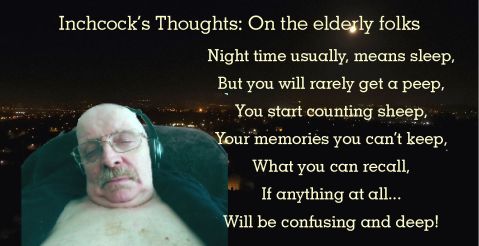 02:00hrs: Things went like lightning after I woke up, no time for thought-storms or ponderisationing! Woke, wobbled out of the recliner, wee-wee bucket wetted and to the kitchen. Kettle on, and a diversion to the Porcelain Throne.

That’s where things got nasty again! The second I got down. well, as I got down, the movement started. But it was all out of my control again. (I expected this with the blockage last night, Humph!) I was in there for ages before the mass released itself into the bowl, with a thud. The agonistical pain was horrendous! I was convinced that the blood must be flowing, and I might possibly have just split or broken a part of my innards! Relief, the bleeding was minimal, and things seem to be okay. There was an ominous silence from my IQ? Not so the ‘Hum’! Bogglebugs! 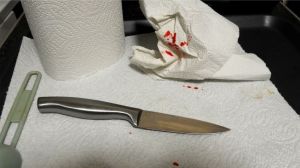 Got the kettle on, and made sure I took some Sennas with the medications. With the attentions of Nicodemus’s Neurotransmitters failing, I was having trouble opening the packet of Sennas, so got the sharp knife to cut into the foil. T’was not the best Idea! Just a tip here for you, or anyone; Make sure you keep the scissors where you know they will be! Klutz!

I popped back into the wet room to see if I could find the aforementioned scissors. And noticed that I had still not re-attached the curtain rails last hook. dropped the hook, and had to bend down under the sink to retrieve it, Guess what? 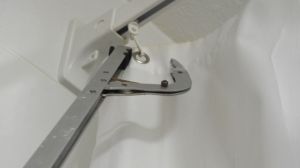 I found an old, lost-long-ago (Many months!) aged picker-upperer, behind the floor cabinet! So decided to use this, to try and get the hook back in the hole. I would never use the one that Jenny had given me, in case it got broken as I was balancing on the chair. Wallah! The curtain is back to normal! (Head Swanking!) 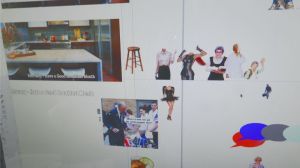 I got some graphics done on CorelDraw (two) and started to update the Saturday diary.

Shaking-Shoulder Shirley (Gawd she makes my glenohumeral joint ache!) and Saccades-Sandra both gave me a few moments of hindrances, and it took me yonks to get the job done and posted off. Many hours!

I tackled the ablutions next, I was fairly chuffed when the curtain ring didn’t fall off when I used it. Hehehe! The dropsies were plentiful. But, no shaving cuts! No sock-glide injuries either. Fair enough, I did partly clear the high floor cabinet of medications, but I can’t expect too much, can yers?

I tackled the hand-washing next, and what a feat it was! 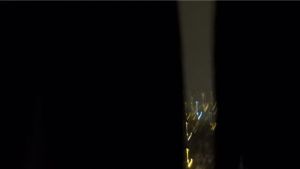 As I finished spreading the Saturday and this morning’s togs all around the flat, I took a picture of the windows, and just as I was pressing the button on the camera, the lights went out, making me jump a bit. Ah, well! No idea what the problem was, but it flashed back into life in a few seconds? Yet another of the mysteries of my beloved Woodthorpe Court, that lies somewhere between the twilight zone and a wormhole slipping through a tear in the fabric of space & the spacetime continuum. With illusion, delusion, & hallucination, rife! Oh, and the damned ‘Hum’ as a permanent resident! 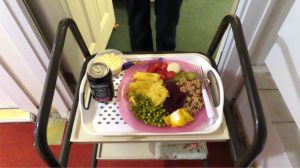 As her personal Sunday Chef, I started to make Josie’s lunch. Cheesy potatoes, pickled gherkins. tomatoes, smoked haddock, tuna in brine with Coronation dressing, cheese and a Limoncello dessert. A can of Jack Daniels & coke, oh, and a bar of chocolate. 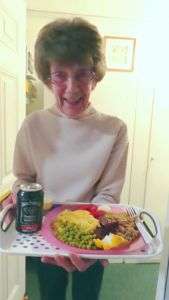 I delivered to Josie’s flat. We had a little chinwag and laugh, and I took this photographicalisation.

Then, I returned to tackle the washing up. Them-there cheesy potatoes don’t half stick to the cutlery spoon and fork when you mix them. I knew from experience to leave them to soak for a few hours, in red hot water and washing-up liquid, so I did!

The leftover potatoes, I thought I’d have later. And popped them in the oven to brown off and keep warm. Then, I made up six bags of rubbish and took them to the waste chute.

I put my weekend plan into operation! That was to go to Winwood Court, on the roof and take some pictures.

I got the coat on and set off out of the flat: But didn’t get far. Dizzy Dennis attacked, the head spun, and my balance went a little dodgy, so back to the lift and up to the flat.

It’s just as well that Dizzy Dennis made me return, I’d forgotten about the cheesy potatoes in the oven! Phew, a close call that was! 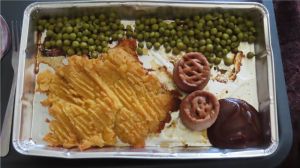 I got my meal made on a used, about to throw away foil baking tray. (That’ll save on the washing-up, Snigger!

I got on with the blog updating, but it was gruelling work. Dizzy, Saccades, and Anne Gyna were all hard at work disorientating me.

As I decided to give up, another urgent call to the Porcelain Throne arrived. It wasn’t as bad as the earlier visit, but it was a close call! I must remember to tell Doctor Vindla about it on Wednesday when I for the results of the tests. I’ve taking Senna for a while now, but it doesn’t seem to be doing anything beneficial?

The thought-storms started, and sleep was very late coming.