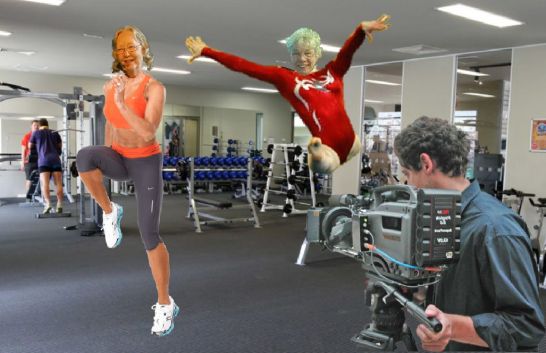 0025hrs: Boy, did I wake up in a huff? I was grumpy, reluctant to move, to the point of clinomania setting in.

The brain wasn’t very lucid but retained a depressional outlook. And then a rare morning Thought-Storm started! As fast as the next worry, fear or semi-panic came along, I’d forgotten the previous one… Oh, dear!

I must have been dreaming something of a disturbing nature. There are soupçons of memory of the dream, but patchy and made no sense. (Mind you, I should be used to that by now, ‘things making no sense’, especially since the stroke.

Hey-Ho! The need for a wee-wee saved me. That helped concentrate the mind a little. By the time I had struggled out of the £300, second-hand, c1968, cringingly beige-coloured, unkempt, fluctuant, ramshackle, broken-down, uncomfortable, dusty, rusty, decaying, tatterdemalion, heavy, yet tottery, rickety recliner, and caught my balance, the Porcelain Throne was required as well.

As I hobbled to the wet room, the same thing happened as yesterday morning, and a swift, sharp Dizzy Dennis attack, had me grabbing for support as the balance went again. But this time, I stayed on my feet and didn’t hit the wristlet alarm against the door and set it off. Phew!

I got on the Throne, and the releasing of the wee-wee blasted out of the bladders own accord. As it hosed away, the bowels made a tiny movement, and that was that; so I needed to apply some pressure to get it started, it was taking ages to encourage things along, and I had a go at the crossword book while waiting in agony. Once the action began, and it took a while to start, I was astounded at erm; how long things felt, painful all the way through, but such a relief!

I rose to inspect and note the state of the passed item, to record it in the Poo-chart for the clinic. Flipping-Thunderation! It was massive, bloody and a very light brown colour? I was pretty sure that the blood was from poor old Harold’s Haemorrhoids, made a note of condition, and set about with the stick, breaking up the gigantic torpedo to allow it a chance of being flushed away!

The first flush cleared it all away, amazing! Anticepticated the rear end, and applied the ‘Care’ haemorrhoid ointment (that stung a bit, Haha!) Well, that stirred the mind and cleared the fogginess a bit!

Of to the kitchenette with the camera, to take a shot of the morning view, and get the Health Checks done and recorded. Then made a brew of Glengettie.

But could I find the camera lens? No! I spent ages searching and ferreting around looking for it. All with no success! For some reason, this got me going with the self-hating pattern. So annoyed at myself! 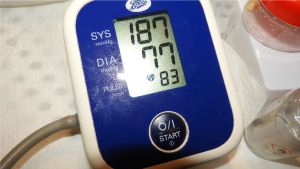 The blood-pressure SYS, had now gone up to 189?

I assume due to the hassle and upset already suffered this morning, the angst? One of the highest ever readings this was, I think I have had a score of 189 twice before?

The temperature with the Made in China thermometer, was a much betterer level though, at 36.4°c.

I took two of the Dioctyl®, to hopefully soften things in the Porcelain Throne arena. Hahaha!

Then I came across last night’s medications, still, in the lid I use, untaken, not used, missed off… What an Eizel I am!

I kept stopping what I was doing to have more repeated hunts for the missing escaped lens cap. No success, of course!

Then I did a right IDIOT (Inchcock-Daft-Insane-Outlandish-Thing), perhaps something that is unique to those nearing the end of sanity; I got the template (this one) made up, and forgot all about not having finished yesterdays diary yet! And carried on writing. It took me several hours for this to dawn on me! I stopped working on this and went to update the Friday blog. At the same time, I was Feeling an even bigger nincompoop than ever!

To make things worse than ever, as I got the blog opened, I got the dizzies. I was out of sync and hazy for a couple of minutes or so.

I went slowly and carefully onto the balcony for some fresh air and returned feeling physically a lot better (Note, I didn’t mention mentally?) The entire bottom half of the blog I’d done, was completely wiped off? I couldn’t work out what I’d done, or what’d gone wrong!

Frustratingly, I had to do it all again! Are you sure today isn’t the thirteenth? Tsk! While trying to sort out what I’d missed, my inorthography and concentration had gone to pot as well. The worst it has ever been, caused mostly by my memory problems, and Nicodemus’s Neurotransmitters, I imagine.

Eventually, I got it finished and posted. Pinterested some snaps. I emailed the link. Did some Commenting on WordPress, then I did the Facebook. As I was planning to go on the WordPress reader;

Peed-off altogether now! So I tended to the ablutions. Hoping the Liberty-Global Virgin Media Internet will be back on afterwards.

I doubt if I’ll have such a good session again, if at all! A Smug-Mode could not be resisted!

Not that a man such as myself, with my heroic, brave, devil-may-care approach, and good looks, my statuesque, muscular, young body, was bothered, of course. Cough, cough!

I returned to the computer to find the internet working again. I got on with updating this blog also, the rain started to fall again, and it seemed to get so sold suddenly.

It was drizzling again. 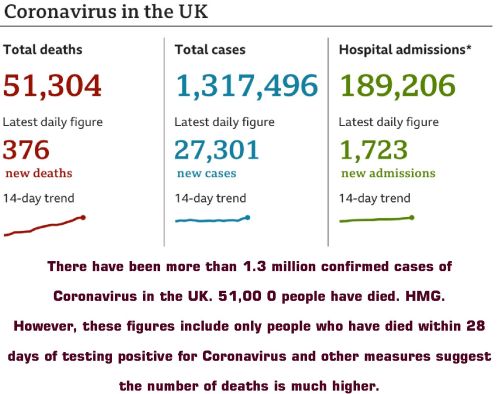 I investigated the emails for messages and any notifications about the Coronavirus figure locally. The past few days, they don’t seem to be informing us as much. I opened the ‘YourArea’ email and had a nosey. It took me a lot of searching, but I did find this one for the UK, on the BBC News Site.

Gone even darker now, but the rain is lighter, not that it matters to Prisoner 72, Woodthorpe Criminal Court. Hehehe!

Made a brew and took another Dioctyl® capsule.

I don’t want to go back to the rock-hard torpedos! I found this comparison chart.

Ah, that’s the one I was looking for.  They seem to put a seven-day running total on nowadays. There must be a benefit of this, but I wouldn’t guess at it.

I sorted out some small bags of waste and got them in the box on the trolley, then added the recycling, and glass jars.

Got them stacked up, and took them to the waste chute, dropped the little bags down, and then caught the lift down to the ground floor, out through the lobby, got the glass in the green bin, recycling bag in the big bin, and returned into Woodthorpe Court through the lobby, into the elevator and back up to the 12th-floor, and into the flatlet.

And all without seeing a soul to chinwag or talk to! But on the bright side, a rarity indeed – not a single LOB (Loss-off-Balance) or Dizzy Dennis visit going out or coming back! I distinctly recall thinking of this as I struggled into the flat with the 3-wheeled walker guide.

Then had a bout of LOB & DD immediately afterwards! Humph!

Back to graphicationalisationing on CorelDraw, and Dusty Springfield emanated from the doorbells.

It was the J Sainsbury delivery lady with the food order for me. The same girl as last time and I noted she’s come early, not like last week

when she was nearly 2-hours late (Not through ant fault of own).

She filled the box and bag with the goods, a lot of stuff today it seemed.

I somehow got the big box through to the kitchen with the bags, then got the stuff stored away.

I got the bacon ready, potato farls in the oven, warmed up some canned peas, cut up a tomato or two, sliced a Jenny-provided

pickled egg, I spread some milk roll bread with Lurpak, the meal was getting to look tasty before it was prepared… a.

There was a let-down though, the new electric can-opener would not work!

But I soon got to work gobbling up the meal, and made a decent job of it, too! But the Irish potato farls I’d undercooked a smidge, but still, the meal got a Taste Rating of 7/10. Maybe back to Chilli tomorrow, it depends on what Josie has, mind.

Medications were taken, then I got down in the recliner. TV on… Zzzz!