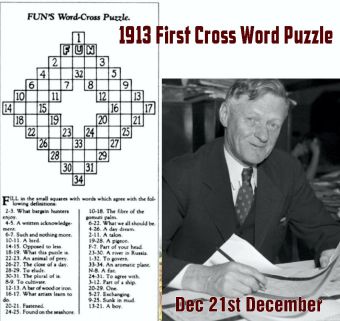 00:50hrs: I stirred, having enjoyed an unbroken four hours wrapped in the arms of Sweet Morpheus. But felt like I’d not had any kip, so tired still?

But, Bladder-Blair was badgering me, demanding an emptying, decanting, a wee-wee. No option other than to appease him, so, weary as I felt, I had to force my overly-sufficiently grown gross-bellied body from the semi-comfort of the c1968, pukingly beige-coloured recliner. Caught my balance, grabbed metal Mickey, and meandered wobbly off to the wet room.

I bit of a marathon first release, just like yesterday, and taken sitting down. As I perused the mess and rubbish on the room, I realised that the blood vessel broken eye was a little clearer than it was last night. Just as itchy, mind. I resisted and rubbing or scratching at it. (Swank-Mode-Engaged!) I had the left on sticker thingies from the hospital to play with, Hehe! I whipped them off, then washed my hands.

Well, sod-it, I’m up now. I’ll have a look at the medications next. I’ll get into my Sherlockian Mode an see if I can work out some system of making sure I do not get into a mess with the new medication requirements, create a system perhaps? But it 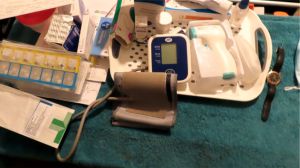 was not to be! My efforts came to nothing. Sad, I know! But I was so tired out for some reason and felt more like getting my head-down again than doing anything trying, like thinking, breathing or being creative.

I got the Health Checks done. The Blood-Pressure SYS had tumbled down to 154, I wonder if that is because of one of the things in the Eye Drops they put in, and I did when I got home? I must stop this thinking, it’s very trying today. Hahaha!

I heard a different noise in between the dreaded, annoying ‘Hum’ and went to have a look and listen around. A low droning noise,

that seemed to be coming from above?

I got the Chloramphenicol antibiotic eye drops from the fridge and put them in quickly, so as not let the medication get too warm. They didn’t sting much! Got the bottle back in the fridge, sharpishly.

Then got the Carmellose Evolve® eye drops applied. No stinging with this either, but they do bugger up the vision for a few minutes, and the itching started, and stickiness/stiffness of the eyelid, as well. I think it mentions something about this on the paper in the box.

I took the morning medications from the pill-box. Added a Furosemide. No need to take any extra Codeine or Paracetamol, as the ailments were mostly being kind to me, I wish I could say the same about the feet, I can’t understand why they are aching so?

The intercom flashed, it was the Iceland delivery arriving. The gentleman dropped the bags inside the door, Clunk, rattle, bang! That’ll please my neighbours! 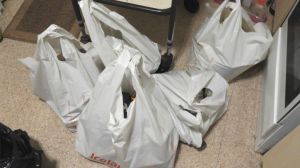 I put the tins and paper towels in the junk room and placed the other carriers into the kitchen.

I got the bags unpacked and made a check of the products. Some of the use-by dates I was not happy with, but there you go. The pork pies will last until Christmas morning, then I can have my regular, every 25th December breakfast of toast and pickle flavoured mini pork pies to feast one. Yee-Haa!

The fridge and freezer have never been fuller! There’ll be no starvingisationing going on here… yet, anyway.

I got with updating the Sunday blog, I realised that with spending six-hours at the hospital yesterday (It could have been worse), a lot of work is needed on it. Gawd Blimey! That took hours to get done! 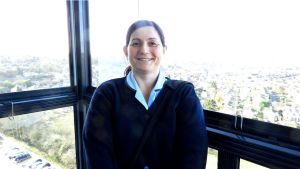 Just as I was finishing it, the highly-desirous, wonderful, sweet, kind, Vampire Nurse Hristina arrived. She entered, busy as usual, but kindly always finds time for a natter while she takes my blood. I gave her a Christmas pressie in thanks for her help over the year, and off she trotted to her next patient we are so lucky to have her!

I put some more drops in the affected eye. After putting the Carmellose Evolve® in, the eye fogged-over, and the lids were sticking a little.

Time to get the Ablutioning done.

Well, well, well… well! As I stripped off (An horrendous thought for anyone, sorry), could I get the, marks off from the electrode discs? No, I couldn’t! They came off of the chest with no bother, but not the arms and legs? They’ll be a reason for that, you know. But I’m not holding my breath about getting an answer. Hehehe!

The bruise on the leg I got at the hospital yesterday, is now turning from brown to a blue. Pretty really! It’ll soon be gone, they always do.

The usual dropsies, but nowt worth mentioning.

Brother in law Pete rang, cause he’s not received the blog link and was checking. I bored him to death with the tale of yesterday’s hospital visit. Sorry, Pete! All a one-sided nattering session, I felt guilty afterwards.

I got the link and blog posted, Pinterested some piccies. Went on the WordPress reader, then replied to some comments.

Got some waste bags made up and took them to the waste chute. When I got back to the flat, the rain was easing off somewhat, but not enough to tempt me to take photos from the open balcony window, I took these moody shots from the kitchen window.

Then I saw red cars that were parked returned for a perusal from the balcony of the closed windows. It’s a bit of a joke twixt a cyber buddy and me,

about red cars that we nurtured for some reason. So Billumski, Ohio’s Head Honcho of the RCMS Red Car Monitoring Services, here’s today’s on show. Hahaha!

I rang Jane and Pete back. We had a natter, and I found out that Pete has to go back to the City Hospital back on 6th January for another Bone Marrow test. I pray things to go right, especially as he’s coped so well up to now with the dreaded, Big-C.

I did some work on this blog, and then I went to the WC for a Porcelain Throne session. It was another victory for Constipation Konrad over Trotsky Terence in the DESB (Daily-Evacuation-Stakes-Battle). Talk about struggle and suffer! Argh! A bit more bleeding today as well.

I decided to get a quick wash, as for some unknown reason, although it is not hot in the flat, according to the temperature gauge it’s 22°c, I was feeling oddly warm.

The door chimes rang out, and it was Jenny’s, Frank, bless him. Jenny has sent the fresh minced beef and jar of pickled eggs that must have been delivered today for me. I remembered to give him a bag of some pressies, he couldn’t stay talking (well, listening) to me, he was out on the distribution run with things bought by Jenny, for peoples in the flats. Despite Stuttering Stephanie’s attention’s, I was in a talkative mood today, it might be with the eye seeming to be improving so well. Oh, that reminds me, time for the drops again and Poo-Softening Sucolsate, no that’s wrong, I’ll check the bottle… Docusate medicine.

There is nothing I can find on the bottle about whether or not to shake it before taking any? So I shook it. It still tasted horrible, Haha! I had the litre bottle of tap water with a splash of orange cordial in it, that is to be drunk immediately after taking medicine, and I drank half of it – just to try and clear the taste.

I called Jenny, bet she was surprised to get a call so late in the day, from me. She was not accepting payment for the minced beef or pickled eggs.

Next, mission impossible: I had to put two lots of ear drops in. Most difficult for me to do. I dare not use the dodgy right hand to hold the eyelash away from the eye to put the drops in. If I do that and Nicodemus’s neurotransmitters kick-off, I could blind myself. So, I have to use the right hand to squirt the dropper, and the aim is not good. I got the Chloramphenicol antibiotic from the fridge and

gave it my best shot. But, just like when the Doctor put the first lot in, and every time I have tried, the yellow-brown liquid runs down through the moustache and into the mouth. I took this photo of my mush afterwards, so you can see my problem.

But the bleeding has stopped in the eye, so the effort is worth it. Mind you, I’ll end up with a multi-coloured moustache. Har-Har!

Next, I got the Carmellose eye drops and tried again. Blimey, that one blurs the vision, it is a lot thicker, this one is.

Hours beyond my usual head-down time already. I’ll get the nosh, an easy meal again methinks.

Had a quick look for the latest Covid-19 virus figures for Nottingham.

Turned off the computer, and sorted the meal—one of my worst efforts ever tastewise. But the new medications might be affecting the taste-buds? Plus it was so late, and I was so weary.

The cooked ham was as near to eating newspaper as it could be. The chips (delivered today by Iceland) that are usually one of my favourites were so tasteless! The Morrocan tomatoes, the blandest and wearish I’ve tasted. The Jenny♥ supplied Pickled Eggs were fine, though!

There’s a chance it could be perhaps ageustia? But my money is on it being the side-effects of the new medications causing my loss of taste.

I had a last pathetic attempt at doing the eye drops again. I expect to wake up with the moustache and my chubby cheeks tinted with yellow-brown from the flowing down Chloramphenicol antibiotic eye drops, once more. (I did!)

Sleep was even more resistant to come tonight. I watched more television than I have done for years – not taking much in, I sort of laid the midst the thought storms, in an ‘I’ve had enough’ mode. But not depressed at all, just in an accepting mood.

I remember getting up to take a Dioctyl capsule I’d forgotten to take earlier (I was reminded in one of the Thought Storms), and the shock of seeing the clock, it was gone midnight!

I took the tablet with a good drink of tap water, got back in the £300. second-hand, c1968, cringingly-beige-coloured, not-working, rickety recliner, I think I nodded off soon afterwards. But woke at 02:35hrs, for a wee-wee, stubbed my toe and this woke me up alright! Hahaha!