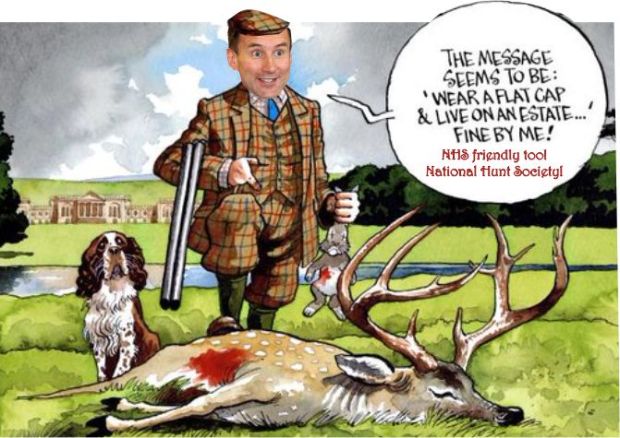 0325hrs: Woke in the middle of a cracker of a dream. I was in a vast deep cuniculus underground cave, filled with stalactites and stalagmites. With people I have known and loved all around me, each singing a different song. People from the 1950’s to the present, and all so happy and smiling at each other. I was enjoying that image too, shame it had to end.

I removed my body-mass from the £300 second-hand recliner without any problems, no dizzies, no toe stubbing either, and off to the WC for a short, sharp painful wee-wee. Washed the dandies and to the kitchen to get the Health Checks done.

After yesterday’s welcome sharp rise in the Sys, it had slowly sunk down again in a worrying fashion. From 167 to 154, to 140 and this morning to 124?

I had to nip to the Porcelain Throne in a bit of a rush, but no risk of any Whoopsiedangleplops, I got there in plenty of time.

Evacuated with no problems too.

There was no bother or excessive pain from Harold’s Haemorrhoids. Duodenal Donald, I could tell was going to be unhappy later on, all the signs were there. The pressure under the sternum, and the vague almost delicate twinklings of pins and needles from within; all indicators of future pain. Hehe!

The arm looked a bit patchy from yesterdays blood taking. No pain or itching now, though.

Overall, today was a lot better than yesterday’s scary waking up with the mind all jumbled and confused, and agitated.

Feeling much more peaceful. Calmer and more relaxed this morning. Then again, wait until the Whoopsiedangleplops arrive. Hahaha!

I got this blog updated to here, then updated and finalised the Wednesday diary. 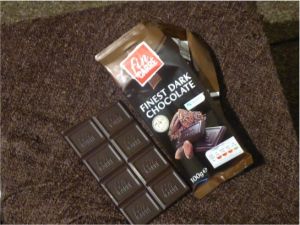 I tried two pieces of the chocolate I bought as a treat for myself yesterday.

Not my kettle-of-fish at all. Far too sweet and sickly tasting. I’ll give it away later at the Social Hours at the Nottingham City Homes, Winwood Heights, Stabsgefreiteress Wardens Temporary HQ, WC, Willmott-Dixon workers breakfast and tea-break room, Sarcasm & Insult distribution area, Tenants Socialisation Area, Telling Inchcock off Zone, Crockery and pottery to be stolen from, and residents room. Hehe! 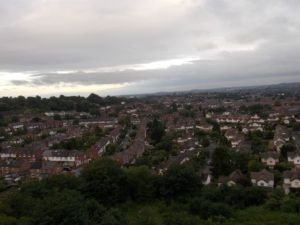 The weather is looking dull. There was a strong, but warm wind when I took this photograph out of the kitchen window.

I decided to get the ablutions tended to, to make sure I was ready when the Morrisons much-amended order arrives between 0800hrs and 0900hrs.

An Email informs me that they have made several substitutions again.

I was going to send the cheese puffs back but thought I could use them as nibbles for the Social Hour.

0655hrs: Into the wet room and started the ablutionalisationing session.

0745hrs: All washed, shaved, showered and medicated, I got the raffle prizes, and nibbles sorted and into the bag. Took the rubbish bags to the waste chute, returned and made a brew. Back onto updating this diary again.

By Jiminy, it’s windy out there now. The poor old tree copse is being blown mercilessly to the right, then back again to the left minutes later.

I will try Facebook to see if it would let me in and work this time.

The Morrison chap arrived. Nice bloke, carried the delivery to the kitchen for me, bless him.

I got the fodder put away, and the substitutions along with the cakes into the bag to take to the Social Hour.

The freezer and fridge are once again nice and full. The freezer is chocker-block.

I went to transfer these pictures to WordPress.

There was one hell of a bang from upstairs. I think the gentleman above had dropped something, right above my head. I resisted any temptation to bang back on the ceiling. I remembered he is pampered and adored by the Nottingham City Homes Management, who told me I would have to live with the noise because he is only following his model-making hobby and is doing nothing wrong.

And I don’t want to lose my flat because of one resident being noisy. And know there is no point in my making any argument about the upset the constant daily noises and worse at the weekends are causing to my mental health. Ruining my concentration and waking me up. Because it would get me nowhere. I would undoubtedly be blamed for sleeping at the wrong times, despite my illness causing me to fall asleep.  He is obviously King of the Castle. Frustrating and annoying, but there you are. I must try to keep calm and not seek revenge or retaliation at all costs. Tsk! I know my place, at the bottom. Haha!

I tried to go on Facebook. But, it was sticky, so I’ll try again later if I have not fallen asleep.

Got everything I thought I’d need, including the hearing aids and set off.

The winds were howling, but as earlier, they were not cold ones at all. In fact, I had my sleeveless jacket on and the shirt sleeves rolled-up.

The Willmott-Dixon compound was looking busy. I was glad to see that they had not sent any of the lads up on the hoist to work while the winds were so rolled-up.

I met BJ as I was walking to the Social Hut. When I got inside, there were many more residents, than usually attend. Lynne told me it was Frank’s birthday. The tables were all pulled together, and they had filled them with cakes, salads and all sorts of treats.

After I put the raffle prizes on the trolley, had a chinwag with Lynne, Deana, then Jenny. I got seated and gossiped and harkened to all that was going on. Much happiness and gaiety took place in their this morning.

Cyndy and Margaret made me laugh a few times, bless ’em!

Jenny, bless her, took the nibble box around for me.

I was doing well healthwise until I felt a problem down below. I had no choice than to leave early. So as to get back to the home and stop, clean and medicate the bleeding. Shame, because I was so enjoying myself as well. Humph! It had to be a quick getaway, I hope they didn’t think I was being rude. 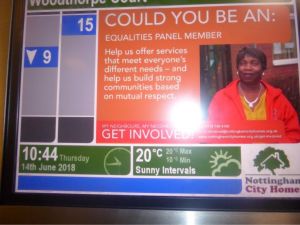 I made as quick a time as I could, made the plates-of-meat sting a bit. Got to Woodthorpe Court through the lobby and had to wait for the lift.

So I took this photo of the information board as I urged the lift to hurry down. Hehe!

The fungal lesion had bled far less than it felt it had, but enough for me not to feel guilty about leaving the festivities at the Social Hut. It took a fair while to stop the flow, but all was sorted, cleaned up and medicated. Changed into a new pair of PPs.

Made a brew and got on with updating this blog.

Sister Jane rang. She advised she had spoken with Peter in Hong Kong, and he was doing alright.

The gentleman upstairs increased the volume of his clattering about, but not for long. Not complaining, of course, just mentioning it. He’s doing nothing wrong in following his hobby. Nottingham City Homes Management says so.

I went in to make a fresh brew for the one that had gone cold and take the medications and do the Health Checks. Sys and pulse were still very low. Took an extra Codeine 30g, to counter Duodenal Donald’s niggling stabbing pains.

As I made the nug of tea, the closed windows were not half letting in some wind. Twas then I realised that both windows had closeable flap-vents above them. So I closed one of them. Rado Nottingham said the winds will ease later in the day – I hope they are right. Brrr! Haha!

Caught up to here on the updating, and went back to Facebooking, with crossed fingers that it would let me work on it this time.

I think it sounds as if the winds must have dropped, although it doesn’t look like it to me. The noises of drilling seem all around?

Back to trying to concentrate on Facebook and the medical emails.

A bit late now I know, but I went to make a TFZer graphic for the Facebook page.

More banging about from above. Not complaining. of course, just mentioning it. He’s doing nothing wrong in following his hobby. Nottingham City Homes Management says so.

I got two TFZer graphics done. Lona and Sandie with their MG cars. 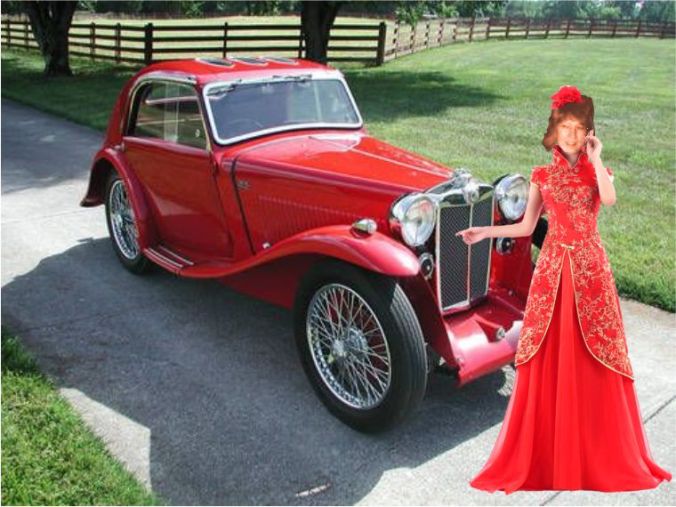 Got a very early for me, nosh prepared. A delightfully tasting one, too.

Washed the pots and did the Health Checks.

Off says a wee-wee.

Settled down to watch the first match of the 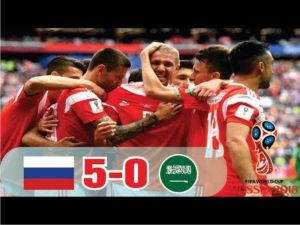 Despite the scoreline, the midget Saudis never gave up, and I though they To brave and skillfull, especially in the first half.

Stalin would have been proud of the Ruskies performance all the same.

All were in favour of the host Nation.

Sleep did not come easily, not until well gone midnight. The mind was rampaging with free-for-all tussles, thoughts of a backward induction and abductive searches for an answer to my fears, worries and addiction problems. My pathological indecisiveness did not help.