0330hrs: It seemed like the brain had woken up before me, this morning. Semi-logical thoughts invaded the moment my mind was roused. I have to ring or email the Nottingham City Hospital re-appointment confirmation. Morrison delivery is coming. Got photographs to sort-out ready to use, got tons of pictures from Jane and Pete in the email box, of the Hobble to the Tropical House, which I enjoyed so much, yesterday. Why had Duodenal Donald suddenly stopped hassling me? Ah, I’d better make my way to the wet room and utilise the Porcelain Throne. 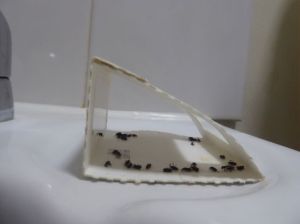 Out of the £300 now in a decrepit state second-hand recliner and off to the ablution room. No stubbed toes, bangs or accifauxpas en-route either!

The evacuation took a while to begin, and I read a page of the book before it commenced. But it was an enormous relief when it finally ended, cor blimey, it came and came. No bleeding though, so that was good.

I cleaned up and went to take a picture from the spare room window, the only one I can currently open to see an unobscured view. This is facing North-West, I reckon.

I popped on the scales to find the weight had decreased a fair bit. (Alright, a tiny bit, then!) Another Smug-Mode adopted! (Then, when I wrote this and looked at the record I’d updated; I realised just what a thick schmuck I really am! Tsk!)

Got the medications taken with a drink of orange juice.

I’ve got to say, I am well pleased with the ailments behaviour towards me this morning. Duodenal Donald, Anne Gyna, Hippy Hilda, Reflux Roger, Shaking Shaun, Arthur Itis, Earhole Eric and the Plates-of-Meat were all calm (Not before the storm, I hope? Hehe!) Only Dizzy Dennis was interested in giving me any grief occasionally.

I got the computer on and spent hours sorting out the photographs of the Hobble into the Park that Jane & Pete had emailed to me, and those I had taken. It took me ages to get them arranged and usable.

By which time, the Morrison Gentleman arrived with the groceries. This delivery had good and poor results. I’d ordered a bag of Mini Potato Waffles, Morrisons substituted it with Sweet Potato Lattices. I rejected these and handed them back to the driver deliveryman. Who was fine about it.

They had sent a pack of garden peas that I did not think would be delivered this late in the season. A lot dearer by 50p, but a pleasant surprise. I shelled some into a saucepan and added demerara sugar, stirred them, and left them to soak until later. 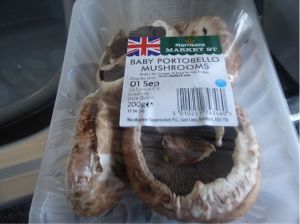 Baby? They were massive! Tsk!

Only two-days life left on them, I’d better have some with one of the BBQ Pork ready meals I’m bought, at 3 for just £6. They are small portioned. So guilt can be assuaged, perhaps? Hahaha!

Also, and besides, as well as; They sent a Free block of Meadow brand of English Butter with Oil? I think Jenny might be the gal to make use of this. Perhaps in one of her curries? I must remember to take it up for her later. With no Social Hour at the moment, I’m not getting to see the gals very often. Boo! 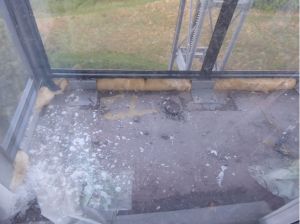 I got the fodder stored away, had a short-sharp-painful wee-wee, and got the kettle on.

I had a look at the balcony, the light and view-blocking balcony. To see how it is coming along. I noticed, using the zoom on the camera, but could not get a clear picture of them; dozens of the Evil Boll Weevil Ironclad black biting beetles milling around on the base.

Made a start again on updating this blog.

Then, began the task of updating the Hobble-in-the-Park with Jane and Pete, Wednesday diary. A mammoth task, just getting the photographs in order, let alone writing my own brand of chirography to tell the tale. Haha!

Went on TFZer Facebook, then started to create some funny graphics for them. 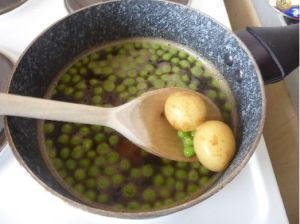 I added some small potatoes to the peas and flavoured with a little pork gravy seasoning, and got them on the simmer. Heated the oven ready for the ready meal later.

Next, I went on CorelDraw, to finish off the graphics, and got them posted off to the TFZ site.

Adding some, of what I thought, were witty comments. I used a photo from yesterday’s hobble in the park as templates.

Back to updating this blog.

Health Checks were done, and medications were taken.

Went on the WordPress reader section, next. 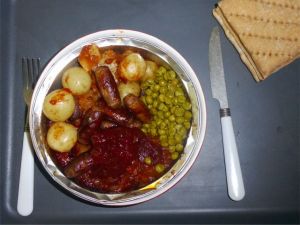 The BBQ pork ready meal was only a tiny portioned one. So I did some small potatoes and the fresh garden peas, some mini vegetarian sausages and added them to the dish.

Got the dishes soaking in the washing up bowl overnight. 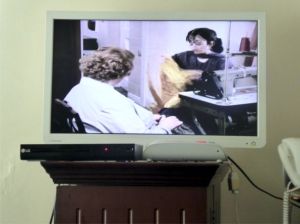 Settled to watch some of the Hetty Wainthroppe Investigates DVD episodes.

I’m so glad they were on DVD and not the TV. Because the nodding offs soon started, and the rewinding to catch up on what I’d missed, meant I watched two one-hour episodes in about three hours! Hehehe!

I gave up and got my head down properly.

Waking up an hour or so later, with a start. Little Inchies Lesion felt like it was sanguineous.

Off to the wet room, stubbing my toe en route. All for no reason, too. There was no bleeding at all from the lesion. Baffling!

But it cheered me up.

Back to the £300 second-hand recliner, and I was soon back in the land of Nod again.