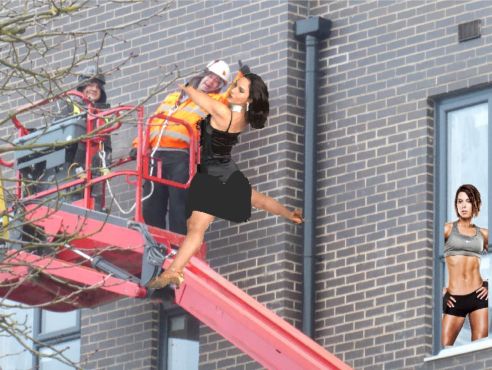 23:10hrs. I’d had a terrible kip, waking up so often and nodding off again, each time with a new worry, fear or anxiety to ponder over for a short while. I felt a little drained. However, once the mind returned to concentrating on current affairs, it assessed the needs of the day: the Morrison order due twixt 0630 > 0730hrs, remembered that the Clinic has been cancelled, the spare room in desperate need of tidying up, I must call the Surgery to find out when my next blood test is due, the workmen and planners are scheduled to call between 1300>1500hrs to sort the arrangements for the messy dirty disruptive, but necessary job of either the sprinklers or communication systems to be installed etc., I changed into action mode! (Loosely speaking, Hehe!)

I was out of the £300 second-hand recliner in double-quick time, and without any hassle! The toes and feet felt fine now, apart from another change in the appearance of the 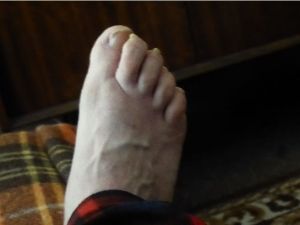 tootsies. They are going the way that Sister Jane’s did again, but not as bad.

The right foot ones this time. Toes curling, I put this down to the side effects of the Furesomide. As I did with the weight increase, the loss of all hair on my stomach, the increased dizzies, the bloated stomach… I shan’t go on. Haha!

I went straight to the spare room and started to painfully box things, and sort out others. An hour later, I stood back – and things didn’t look any better! I gave up and went to do the Health Checks, after an SSPWW (Short-Sharp-Painful-Wee-wee).

I reckon the results were all okay, weight not included in this decision of course. Off for an SSPWW.

I went to get the medication pots out and found that I had missed taking last nights doses. Schmuck! I took the morning tablets along with last nights untaken Warfarin, Simvastatin, and the Magnesium. Off for an SSPWW.

I got on the computer and started this blog off. But minutes later the call to the Porcelain Throne arrived. A cherry picker evacuation without any bleeding anywhere! While on the Throne, the grey-cells found a few adscititious things for me to worry about. Ranging from the hearing aid batteries stock are down to the last few. Did I order the milk on the Morrison delivery? Why is my right foot now so painful and the left one far less so?

Why did I just see a Weevil, just the one, that was so massive, it struggled to get down the shower drain hole? Haha! I had a spray around all rooms with bug-killer.

Back to the blogging. I got as far as here, off for an SSPWW, made a small mug of tea, and went on to updating yesterdays diary. (In between SSPWWs)

Facebooked for a short while, but realised I had to get the ablutions done before the Morrison food delivery arrives. 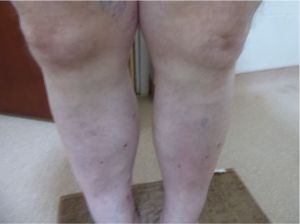 Well, well, well, another new anomaly with the legs! So, now, the bottom half of the legs have drained off a lot of fluid. But the stomach and top half of the pins have gained fluid?

Also, the boils seem to have gone from the rear-end? How can things change so often and so quickly? Am I still asleep and dreaming? Tsk!

I got the ablutions finished and had some brekkers. Then back on catching up on Facebooking while I awaited the groceries to arrive. I put the TV on the CCTV and watched to see when the Morrison man came.

I thought I may have overdone the ordering when so many bags came. But I realised it was all of the bottles of spring water that took up most of them. I got the things away and put some raffle prizes and nibbles in a bag, along with some Wholemeal bread wraps, that I am sure Jenny will like.

I’d left the CCTV on, and noticed Angela, going out through the foyer, one minute later she returned and pressed the call buttons. I thought I could help, so I shot down to the door to let her in. She had rung hubby Roy to bring down her scarf. (It was cold outside… ♫ Baby, it cold, outside… ♫ Sorry about that, I got carried away, Hehe! I enjoyed a little laugh and natter with Angie and Roy, then back up to the flat.

Later, I went out again, take the prizes and nibbles to the Nottingham City Homes, Winwood Heights, Generaloberstesses Wardens Temporary HQ. WC, Rumourmongering Clinic. Sarcasm & Insult distribution area. Tenants Socialisationalistic plot. Telling Inchcock-off Zone. Crockery and pottery to be stolen from location, and residents porta-cabin. Roy and Mary were sat there, and I got another chinwag in. Out and dropped off the stuff for the Social Hour.

On my way back to the apartment,  heard my name being called.

It was Willmott Dixon’s Ian Incharge high up on a cherry picker. It was pleasant to be greeted and smiled at with a thumbs-up! I later used this photo as a template for the above page header graphic.

Back in the flat, an SSPWW and made a brew and back on this blog for a bit. Then back to Facebooking. Again, interspersed with the Wee-wees.

I had a go at cleaning up the kitchen, but the bending started of Back-Ache-Brenda and Anne Gyna, so I didn’t get as much done as I would have liked to.

It was Lynne who arrived to talk me through the things for the installation of the sprinklers. They will be calling next Wednesday 16th 09:30 > 11:00hrs. Then on Friday 25th, 08:00 > 1430hrs to fit them, or drill holes. Or the other way around? We had a jolly-good little natter, I thanked her, and off she trotted.

Feeling weary now. So I got the nosh sorted out.

Imitation pretend-vegetarian meat and tomato sarnies with wholemeal bread thins. The last mini-pork-pie, gherkins, and a bit of strong stilton cheese. Followed by a very naughty Limoncello with squiggly spray cream sprayed on top. I taste-rated this one as a 9.1/10.

Went to get one of the made-up bottles of spring water and cordial from the fridge.

I found some dead EIBWBBBs (Evil Ironclad Boll-Weevil black biting beetles) in the bowl in the sink, and one live one on the kitchen floor! Those in the bowl, looked like they had been dead for a good while. How did they get in there? The mysteries of Woodthorpe Court continue! Hehe!

Did the Health Checks, then settled to watch another ‘Frost’ episode on a DVD. After a farcical hour or so; my nodding off, waking, rewinding, nodding-off, waking, rew… you get the picture. Tsk! I fell asleep for an hour or two, only to spring awake thinking it was morning. Realised it was not, but could not get back to sleep again. The old brain went off on one of its panic-fretting-nervous routines, in such a frenzied fashion. Over a few hours, just about anything came in for consideration for a few seconds, related to my life or having nothing to do with me!

This went on until around 00:20hrs when I gave up trying to get back to kip when I heard a buzzing noise? At first, I thought it was in my head or perhaps I had nodded off again and was dreaming. I had to get up to investigate.