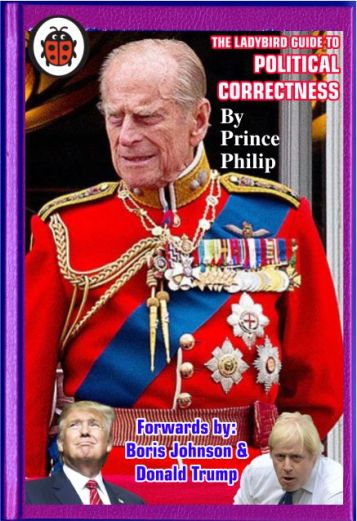 2330hrs: I awaited the brain coming to life, and deep thoughts permeated the usual unimportant, inane mind wanderings. Had a wee-wee. The grey cell’s wanderings had become more inconcinnity-like. Concentration had a degree of raptness about it, but this did not concern me overmuch, I was just happy that I was feeling so much better than earlier, physically. However mentally? Thoughts, conclusions and logicality were not so bright.

I rose painfully out of the £300 second-hand recliner. Got the laundry bag, which was all ready, and set off out to the launderette on the ground floor. Loaded the machine and up to the apartment and had a wee-wee.

Got the computer going and started this twaddle off.

0001hrs: Down again, to move things to the dryer. Bits of fluff from the filter was scattered inside the drum and sink? New notices spotted on the board this morning.

0110hrs: Someone had left us all a messaged in the lift, I observed. Hehe!

Up to the twelfth floor and, had a wee-wee. I carried on with the updating of this blog. Cleaned up the photographs on CorelDraw.

Had a wee-wee. Oh, dearie me, getting a little frequent this morning methinks.

The instant stomach rumbling forced me off to the Porcelain Throne. And what a session this was. I believe it affected my brain, a feeling of nullibicity came and stayed with me for a few minutes as I sat there waiting for ages. Knowing (Or sensing) that a lot of content needed to evacuate, but nothing moved in the slightest, not even any wind escaped. Not good, this.

0055hrs: Down to collect the washing.

The floor was not swept, as there was only a small brush and pan available.

Packed the bag with the folded clothing and on leaving the laundry room, to take a photograph of the rain trodden front of the building outside, I espied that someone had been kicking the wall? I’ve not seen this before, I wondered if it might have been one of the new tenants? By saying that isn’t fair. The naughty pensioner!

I took a photo to the right outside, to try and catch the moody-like garages at the dead-end of Chestnut Walk.

It was drizzling just a bit now, after the earlier heavy rain. A gentle breeze and warm with it.

I sneaked a selfie while going back up in the elevator. Good job the Council have put the mirror in the lifts. Or not. Hehe!

5′ 2″ of impecunious, cuddly pensioner with dimples and hearing aids… I can’t understand how I have not been snapped up by some senior jaguaress by now? Hahaha!

As I exited the lift into the twelfth-floor lobby, the beauty and intricate care that was taken in making this an appealing, attractive, pleasant homely atmosphere to live out our last few months in, nearly brought tears to my eyes.

Is my wit rampant this morning? Hehehe!

0120hrs: Back up in the flat and all the clothing stored away.

I foolishly opened the window to take a morning view photographicalisation, and the stored rainwater ran down the frame gulley and spilt right on the new radiator and the floor! Oh, I was annoyed!

Had a wee-wee. Made a brew and got the hearing aid maintenance done.

Back to the Porcelain Throne. Success, this time. Slow evacuation, but a painful push and gigantic elongated plonk solved the issue. Haha!

Got to finish off yesterdays diary and got it posted.

Visited the WordPress Reader next. During which; I got the dreaded blue screen come up when I was on WordPressing – Message ‘Thread Stuck in…’ but it went off before I could read any more. Tsk! Restarted and going again, but very slow.

Keep feeling a bit shivery then seem to be sweating? I’ll nip out later to the chemist and see if they can recommend summat or other for me to take. Not been feeling too bad earlier, got the laundry done and updated the posts. Then, the Flu (I assume) started to make me feel wobbly. Poor old thing. Hahaha!

Tried Facebook to see how things went. Working at the moment.

Created a  graphic for the TFZers Visit Nottingham album, posted it to the TFZ page and Facebook album. Pattie, Lona and Mary in the middle TFZer gals.

Then TFZer Patricia made my day by calling at the flats to see me!.

Then, I met Sandie and Joycie in the City Centre near the Pizza place.

These for gals arrived in the foyer on a visit. I think they got sidetracked en route, mind.

Got the ablutions tended to next. Waste bags were taken to the chute.

Off out. Down Chestnut Walk and to the hut.

Gossip with some other folks, then out to the bus stop. Bus into town.

Called in the Poundland store. Got pork pies, chocolate Almonds and nibbles.

Out and down to the City Centre.

Walked to Chapel Bar and into the Pound Shop there. Got some containers and DVDs, used the self-serve till, cause there was no on the checkouts.

Out and to Sainsbury’s, got some Wholemeal bread thins for 89p.

The rain started coming down.

Hobbled back to the Slab Square.

Had a walk around looking for opportunities to take some moody photos.

I was feeling in good spirits, and the coughing seemed to ease off a lot.

I made my way to the front of the Council House.

The rain was getting worse now, so I hybernated temporarily under the shop fronts on Long Row East.

From where I took these two pictures that came out alright, I thought.

Up Queen Street to the bus stop and engaged in a chinwag with a lady waiting. And we continued on the bus until she got off on Gordon Street.

To the apartments and in the flat. Had a wee-wee and started to get the nosh out to put it way… What a Pratt! I’d left all the stuff I bought at the self-service till in the Poundland shop at the side of the self-serve till! I remember having problems getting the things through and changing the bags around, I reckon that’s when I had a Dennis Dizzy at the same time, so assume now, this is what happened.

Nosh put in the oven. Feeling well pissed off at myself. Did the HC’s and medications. 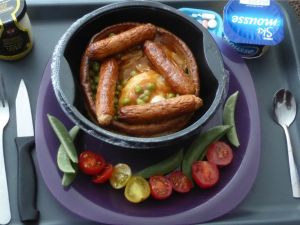 Had the ready meal and added some sausages. I surprised myself considering how rotten I felt with the dizzies and shakes, but I ate the lot of it! Accompanied by some banging, tapping and drilling from the flat above.

Washed the pots and as I settled down in the £300 second-hand recliner a mood of deep unhappiness with things are going came over me. The pathetic self-pity overcame me. I tried to think logically (An impossibility) and weighed up the was causing this, analyse them and ponder on what I could do to pull myself up and free of the current feelings of sadness, despair and futility. The odd sneeze and coughing bouts accompanied this.

The causes were apparent even to me; The increasing ailments, a sense of being isolated despite many people around me, I can go days without talking to anyone. Dispiritedness, self-loathing, confusion and on and on; But the worst is the increasing dysthymia (I think that’s the word).

The sure knowledge that this computer is on the verge of packing up and taking away my only contact with the world, my love and hobby from me. And I just don’t know what to do to put things right. I understand that my situations are beyond any resarciate success.

I’d thought in the past, that going senile would be something one would not be aware of mentally, and did not concern myself overly with the thought. Of course, now it is arriving and taking up residence in my grey cells, I realise that one is aware of it. Some of the time and this makes it very hard and problematical to accept as you know full well anything, event or happening will find its way into ones labyrinthine brain of confusion, some never to be seen or heard of again, others to torment you eternally.

I’d been pondering on this for ages without any signs of resolution, or even understanding appearing in my foggy brain. And the Fire Alarm strobe and pillow shaker activated. More frustration! Nothing in my life is getting in order, arranged or successful. So, I had to go through the usual rigmarole again; Dismount the recliner, find and fit the hearing aids, go to the door and check the handle with the back of my had for any heat – None. (But there were the INR Test Results in the letterbox), so I open the door to listen for any alarms, there were none sounding, then go to the kitchen and open the window and look down to see if any emergency vehicles were there, none were. I have to go through this everytime a false activation occurs, and this is many times a week. It does my getting any sleep no-good at all. It is just another thing to assist my unwanted and feared passage into further mental derangement.

I must let Jenny know about this activation on Monday. Bless her. No point in doing anything now, it being a Saturday as I write this, and no one can respond anyway, as the Nottingham City Homes only monitor, not repair alarms on weekends. Not that this alarm went through to the Response Centre anyway, otherwise I would have got a call from them to check on things, and I didn’t get one.

Settled back in the chair and was soon off into the land of Nod again, despite the unremitting, nagging thoughts wandering through the brain at random.

A few hours later, it happened again. I had to go through the whole up and check palaver once more! Once more the activation did not get through to the Control Room. Just as well, but had it been an actual activation?

This time sleep did not come quickly. I lay there worrying and fretting over world issues, going bonkers, the bleeding from Inchies lesion, the hole in my trousers, the INR results… You name the concerns, and there is a chance it was in the brain-box somewhere tonight. Tsk!