02:55hrs: I stirred with the firm belief that I had only nodded off a few minutes ago, and it was still early evening, Thursday! I certainly felt tired enough to convince myself, but no, it was five-to-three on Friday morning. The eyelids were heavy and running. The coughing and wheezing started, then a nasty prolonged burst of Colin Cramps in the left leg and foot attacked me. Breathing was difficult and noisy, back-pain Brenda and Arthur Itis joined in as soon as I attempted to move.

I am still confused about the wee-weeing situation. Yesterday I must have drunk enough water and tea to float a battleship. Yet only took about three, very weak wee-wees all day, so where is it all going/gone: Have or will I spring a leak? Tsk!

Eventually, I forced myself to get out of the £300 second-hand c1968, grungy-coloured rickety recliner, that Xyrophobia-suffering Brother-in-Law Pete damaged when he was stealing my valuables. (I still haven’t had any cash returned back from him yet six-months later, but fair enough, he’ll have spent some of the money on his new drone and CCTV systems I imagine). As for the old coins and notes, I understand he’s already sold most of them on the West Bridgford market. Still, money and alcohol seem to make him happy.

I was out of the chair, on my feet, and with walking-stick in hand, rounded the twice this week fallen onto and bent misshaped electric airer, to avoid another accidental catastrophe – and stubbed the toe against the corner shelving. I silently cursed, only just preventing a loud retort from coming out.

I ventured hobblingly (thanks to Artur Itis!) into the kitchen and rather methodically for once, almost as if I was in Automatic-Pilot-Mode.

I used the GPWWB (Grey-Plastic-Wee-Wee-Bucket) for a DAAFJ (Drips-And-All-Finished-Job) wee-wee. cleansed the bucket, washed the dandies, moved the handwashing, hanging and on the airers. Kettle on, and took the medications, then made the brew. Fetched the camera and took a fairish snap of the morning’s view. Of course, it was raining. Tsk!

Then to the computer, and booted it up – Boy was I pleased when it worked! I had to make the template for this blog first, before getting on with the updating of the Frustrating Thursday Blog!

No demands for any Porcelain Throne activity, or any more wee-wee’s. I went to make another brew, for this voracious, insatiable thirst was still with me. All part of the cough & cold I suppose, oh, the cough seems to be easing off this morning, but the sore throat is persistent, and breathing still a struggle, the gasps are a smidge worrying.

Finally, at last, I got onto doing the updating. Four hours later, (and about six mugs of tea) I’d got it all done and posted off to WordPress. Time for a mug of tea (Hard to believe, I know, me drinking! Haha!)

The computer was slowing down, this worried me. But, I noticed the Liberty-Global Virgin Media liars box lights were flickering, so it might just be a poor connection, I hope it’s nothing more sinister!

I went on the WordPress Reader section. Some entertaining stuff on there today.

Then I went on the TFZer and album, to catch up. Enjoyed that, even though everything takes me so much longer get done nowadays, I love the TFZer site. 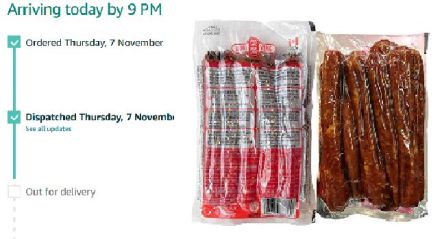 The Christmas pressies and som Chinese sausages are being delivered today, from Amazon. I’ll check the tracker, hang on a minute… Nope, they have not arrived at the depot for distribution yet. So, it’s likely that a lateish delivery will be made. My estimation would be 16:00hrs. Of course, I could well be wrong and it does say up to 21:00hrs, Mmm! I hope the yare easy to cook in the oven, or maybe in the pan with the rice, I’ll check later.

Ah-well, I must press on with CorelDrawing and get some page top political graphics made, back in a bit, well, a long time. Humph! Flaming slow going! 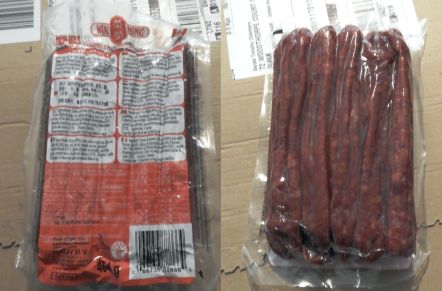 The very expensive Chinese sausages and the Nasal Spray had arrived. I just hope I cook them right. Whatever the instructions are in several languages on the packet, I can’t read them, they are too small for me to decipher. Ah, well! Pot luck then!

I thanked the young man and returned to the computer to try graphicalisationing again, and the intercom chimed out and flashed as I was passing it. Wow! It (the intercom) was working again!

It was the After-Stroke six-monthly assessment session lady. We set about having a Q&A session and discussed whether I should be added to the Stroke Survivors meeting list and after the After-Stroke Physio ends in December. A very pleasant lady indeed. We managed a smile and laugh or two into the bargain. After she had gone, I felt a little sad. Poor old thing!

I made another brew, and back on the computer, CorelDrawing. Another interruption, I heard a voice somewhere in the flat! I grabbed the four-pronged walking stick and had a hunt around in investigative-mode! It was coming from the intercom, saying repeatedly: “This is an… (Word Unclear) Test – Do not respond” So I didn’t! Haha!

Fatigue dawned, and I got the meal cooking. I used a packet of ready-made meal from the freezer, Chicken in Black Bean Sauce.

Not one of my best cooking efforts, due to my tendency to nod-off with the timer at my side, which I can’t hear and is not loud enough to alert me when I’m in the land-of-nod. Thus overcooking was committed!

The chicken meal, I’d added some extra black bean sauce in it, too much really. And with nodding-off like wot I did, the cobs came out of the oven looking rather too overcooked to eat. But I put them on the tray to give them a try, and they turned out scrumptiously tasty! Fair enough, they were that hard-crusted, the mouth ulcers bled; but for flavour like that, it was a little price to pay! It took me ages to get through, but I savoured every blood-letting, ulcer tearing, mouthful! Gorgeous! Taste-Rating, 9/10!

I got the washing-up done, no handwashing tonight. Then settled into the unbelievably uncomfortable second-hand, c1968, rickety recliner and put a Hustle DVD on to watch. I only had a few short nod-offs and rewinding the DVD incidents. But the awe-striking and amazing thing was that I watched through all three episodes! (Well, in a nodding-off fashin!) Then, turned on the TV, watched an instalment of a police chase thingy! It was late on before I got to sleep properly… and the dreams started, the waking and thinking trying to remember them and scribbling down notes to use in the morning. Which turned out to be mostly indecipherable. Humph!