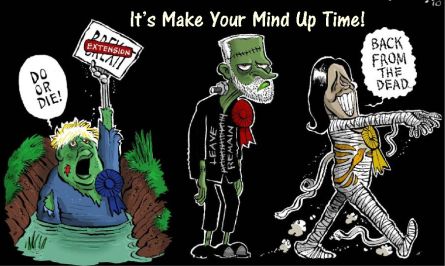 00:30hrs: I woke up feeling terribly sorry for myself and in a self-loathing mood at the same time. The mind was not really interested in working on anything else. Getting free of the Xyrophobia-suffering, flat-robbing Brother-in-Law Pete damaged, while he was flat-sitting when I was in the Stroke Ward, and he fitted new CCTC cameras and searched for my valuables, which he found and took. (I still haven’t got them back yet six-months later), £300, second-hand, near-dilapidated, gungy-beige coloured, c1968, sometimes working, uncomfortable, rickety, rinky-dinked, rattling, rusty, resurrected, reconditioned, recalcitrant, recidivating and rotting-away recliner, was so easy, almost painless! I thought I might still be sleeping or had died and was dreaming.

I was soon uprightish, had grabbed the stick (oddly the walking was such a lot easier this morning, with no dizzies or shakes?), and off to the kitchen. As I got the kettle on, the summoning from my innards for a visit to the Porcelain Throne arrived, so, off to the wet room. The evacuation was, erm…, well, it astounded me! Fair enough, there was the usual massive dollop coming out, but not messy, no pain at all, no bleeding, and no fluids escaping with it!

I stood there afterwards, pondering for a few seconds. Had I actually woken up yet? I reviewed the happenings and non-happenings of the day so far. Finding the situation to be inscrutable: No hassle whatsoever from Anne Gyna, Hernia Henry, Duodenal Donald, Reflux Roger, Back-Pain-Brenda, no stubbed toe or the Cornelia Corns, no Neuropathic Schuhplattler dancing! Minimal bother from Rheumatoid Arthur Itis,  Peripheral neuropathy, Tight Chest Charlie, Polyneuropathy Pete, or Arnold Axonotmesis! Even the sore throat and coughing was easier. Not only these but the howling, droning noise that surrounds the flat 24/7 sounded less loud to me? I suppose I should have felt delighted and gratified, but the EQ was preventing this, with it’s “Don’t get too excited” message.

With a sense of unrealism, I made my way back to the kitchen and got the kettle back on, and made a brew, getting the medications out ready. A feeling of vagueness lingered within me. My thoughts were all over the place now, mind-blasts peppering the brain, unanswered questions to the fore… Oh, dearie me!

I tried taking a picture of the view from the unwanted, light & view-blocking, thick-framed new kitchen windows, with the unreachable for old farts panes of glass to be cleaned. I tried the Nightime Panorama option on the Nikon camera this time. Then, I got the medications imbibed and off to the computer to get the updating of Sunday’s post done.

Although there were precious few photographs taken yesterday, it still took me several hours to get the job completed. I think the main reason being my lack of concentration today. The mind-blast of questions, fears, and the nervous-making EQ quoting away at me caused some concern. Am I finally going bonkers? Hehe!

During the updating work, I must have had four mugs of tea, and taken around ten or twelve wee-wees! All pathetic attempts of the WSS (Weak-Short-Sprinkly). In total, the passed liquid might just have filled a small cup!

I made a start on this blog. Then went on the TFZer Facebook page to catch up. I enjoyed that.

Ah, I have just seen the calendar, Iceland delivery this morning. Better ger a stand-up was done before the time arrives. Today’s lack of pains and Accifauxpas continued with the ablutionalisational session! No cut gums doing the teggies. No cuts shaving! No bleeding from Little Inchies lesion! And, as well as and besides, only three dropsies! Mmm?

Also, the Phlebotomy Nurse is due some time today to take the blood.

I made a brew and took another WSS wee-wee. Then got on CorelDraw to do some in advance.

Many hours spent graphicalisationing, during which, first, the delightfully attractive, twinkle-eyed, desirable, breathtakingly sultry-looking, 5’4″, perfectly-bodied, beautiful Polish phlebotomy nurse arrived to take some blood for the INR Warfarin test. The old heart, even if it is plastic and metal, fluttered! We had a natter while she removed the haemoglobin, I handed her some of the Lemon Wafers, she said goodbye and shot off, leaving a Nottingham Pensioner, a tad sad at her going.

I popped down to Jenny & Franks flat with some nibbles and PP’s. No answer, I left the morsels on the door handle in a carrier, and carried the PP’s back down, cause I did not want to block the hallway by leaving them outside Jenny’s door, I can take them down again later on.

Back to the CorelDrawing. An hour or so later, my Iceland food delivery arrived. Items short delivered, monies to be returned to my account within nine-working days… Mmm! Still, seeing the food made my mind up what to have for my early din-dins. 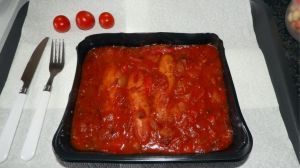 Back to the CorelDrawing. Many, many WSS wee-wees later, and hours later, the time arrived for the nosh to be made. I had a ready-made meal, the Iceland bean & sausage casserole, adding some tomato and bacon cooking sauce part-way through cooking, and was eaten with far too many slices of the Milk Roll bread I’d defrosted. I put the extra sauce into the food, cause there seemed an awful lot of red peppers in it this time, to cool it down a bit. It wasn’t bad at all — flavour rating, 7/10.

I decided, that late as it was in the day, if the rice-cooker arrived in time, I could go to the Sherwood shops and get some… wait for it, the one thing missing… Rice!

Back to the CorelDrawing. Going to the wet room, and the intercom chirped into life and lit up. Aha, it was the Rice-Cooker! When the young man had delivered it, I hastily opened the box and investigated the contents.

The instruction leaflet will need a good reading before I dare try it out. Anyway, this made me decide to catch the bus down into Sherwood to get some rice, which sort to get, was a gamble, but still. I got the things ready. I collected some of the too large-for-me PPs, to drop off at the Oberstgruppenfhreress Warden Julie’s and Hauptsturmfhureress Deana’s holding and interrogation office as I pass on the way down. Bit of a struggle to carry, with the bag of recyclables, I wanted to leave near the bin, but I managed it. I took some Christmas treats as well. I set off down and placed the box outside the caretaker’s bin. Doubts about whether or not I should venture out came in question, as the rain and the terrible wind blew! Walking along the link-passage to Winwood Court, the incredible warmth hit me, ah, another world. I got to the Oberschutzeress Warden’s cell and tapped nervously on the door. Handed the PPs over, and the treats. I went through the significant social room on the way to the bus stop, and I stopped for a chinwag with Mo and Herbert, who were doing a crossword together.

Then on and almost into Winchchester Court until I saw the deterioration in the weather through the windows! This decided me not to go out, I’ve got to go out in the morning, to catch the bus to the After-Stroke Physio Torture… I mean, session!

I can see no solution to the parking problem

at Winwood Heights. I imagine that one day, either a bus will hit a vehicle parked half-on the kerb and blocking room at the buses turning island. Or someone will get knocked over having to walk with their trolley-guides on the road, cause they cannot get by the cars parked on, and already breaking-up the new tarmac pavement. But what else can they do? An accident, injury or death might encourage someone to tackle the issue, or even identify, recognise that it exists? I mean, let’s face it, it is an old people’s prison… erm, complex. Hehe!

I returned to the flat, and had a wee-wee, washed, then made a brew and sat down to watch some of the Hustle DVD. Fell asleep!

I was caught out when I woke up, the late sun, although heatless, had blossomed out, the rain had stopped. The most noticeable thing was the legs had lost nearly all their Clopidgrel, bruises, lumps. welts and blotches! Fair enough, they had started the fluid retentioning again. But it was nice to see them without the blemishes, blood-papsule and ecchymosis scars! It’s really incredulous, inconceivable, how things have changed so suddenly! Mind you, the cramps are still there. Haha!

Ten-minute or so later, I drifted off again. I woke up, to the most beautiful skyline showing through the balcony door windows. I took a shot through the glass, then went out to take another one, through the open window.

Which proved to be a painful experience. I trapped my finger when closing the metal spring shutter, that needs pushing in and pulling at the same time to use it. Tripped over the raised door runner on the way back in. Fortunately keeping my balance and not going over. Slid the door shut behind me. Turned and went tit-over-tail onto the floor, as I got myself entangled with the four-pronged walking stick!

Getting back up was a battle, but the use of leverage from the rickety recliner helped me get up.

It’s been a day of mixed blessings.

2 thoughts on “Inchcock Today – Monday 11th November 2019: A day short on explicitnesses, mixed, but with moments of perspicuousness”