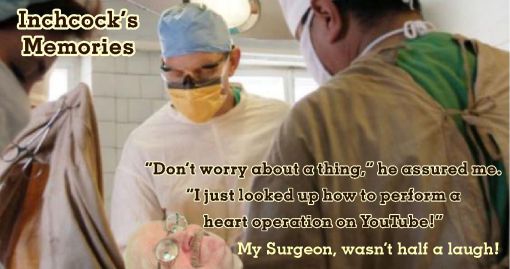 03:10hrs: A late awakening (for me), again. My mood was made up of, self-contempt, depression and acute dysphoria. The mind-storms began, just what I didn’t want. They only made me sink further into the dark abyss.

I reluctantly dismounted the rickety recliner, and as the emergency grey wee-wee bucket had not been utilised overnight, I limped off carefully, stick-assisted on my way to the wet room for a wee-wee.

I knew then, not that I didn’t already, that the day was not going to be a good one. As my EQ had also informed me. So this actually helped me in a way, cause if it is to be a hassling day, then there is nothing I can do about it, so the pressure lowered as I got in the room. This didn’t last long!

I had left the wall heater on overnight!

Not only that, but the hot water tap was dripping in the sink. I’d not turned it off completely, and the hot water was not hot any more! Although full of self-loathing, and more than a little pissed-off with myself, it could have been worse, I thought I handled this with a degree of, what’s the word? Erm… calmness, no that’s not it. Perhaps self-control would be a better adjectival. (I’m not sure that’s right either. Tsk!)

The mind toyed and played away with itself and me while I took the wee-wee. I had plenty of time to peruse ideas, plans, dejections etc., cause the leak turned out to be an MMES (Marathon-Messy-Endless-Sprinkling) one. I cleaned up, Little Inchies fungal lesion needed attention. 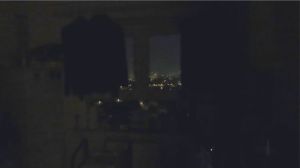 Washed and exited to the kitchen. Taking a picture as I went through the door, that I thought might come out alright and of interest. (It didn’t! But that was no surprise, to me)

An expectancy of failures and fearfulness began to develop in my mind. But not worryingly. Just a certain knowledge that these things are on the way to visit me. No doubt in my mind at all. (Secretly, I hoped I was wrong!)

I set about updating the Saturday post, but it was slow going, thanks to Nicodemus’s Neurotransmitters gong down so often. Again this and any other calamity could happen today. I’ll look and sound a right fool if nothing goes wrong, Hahaha!

I took a break and went to take the medications and make a brew. Olive-oiled the ear-holes. I also took an extra pain killer as the toothache seemed to be threatening to kick-off again. The damn ‘Hum’ started getting so load, it pee’d me off!

While I was in there, I took another shot of the moon. In fact, I took several, but they all came out terrible and blurred, this is the only half-decent one on the right, I managed to get.

Back to the computer, but I’m afraid that the concentration went. I found myself looking up

the latest news on the Nottinghams Coronavirus progress. It was not good. An otherwise healthy eighteen-year-old had died with it.

I wondered if I should now stop making humorous graphics about the virus?

I farted about and struggled to get the Saturday blog finished and sent off.

Then went to make another brew, and get the mushrooms and leeks in the saucepan. It’s amazing how quickly the canned food is disappearing. The balsamic vinegar, hickory and plain salt stocks are dwindling. Still, I have plenty of tea. Haha! I got the sourdough part-baked baguette out…

Tsk! It was well beyond its use-by date! I think I used the one last week, out of sync. Grumble-Soddit & Blast! Idiot!

I went on Pinterest, WordPress Reader and Facebooking. Then returned to the grind of setting up and beginning this post. The fingers lack of-touch sense, was not easing off. Although I had been told this would happen, I still felt a bit miffed about it. The vagueness was coming as well.

About to go and get Josie’s nosh started, and Sister Jane and Pete rang up. A lot went over my head that we spoke about. They seemed concerned about my money situation. We spoke for a good while, but what else about had gone by the time I got to writing this. And no Doctor I can to now. Oh, dear!

I got the things out ready for doing the meal.

A few wee-wees were taken during the computing; all of the same variety.

I went on the Amazon site and ordered some

Glengettie tea bags and other stuff, got carried away a bit, but I need all I’ve ordered, cause I can’t get out to the shops who sell them, well, not any shop at all!

Then, to the kitchen again, and got the handwashing done. Only a t-shirt and a pair of socks, so it didn’t take lone, I actually enjoyed doing it. I think the struggling with the keyboard with fingers that don’t recognise what they are doing at the time they are doing it, is getting to me now.

I went down a further notch, emotionally.

Off to get the ablutions done. And, I really had to laugh for the first time today! When I was disrobing and taking off the alert wristbands;

Hahahaha! I did feel a clot! This is not a photo of the happening, I put the broken band back as near as I could remember it falling down to, to take this photo.

Well, that definitely perk me up a bit! (Confused me at the same time, Haha!)

When I started ablutionisationing session, the dropsies must have been close to a record number today. As I recall, they were; The toothbrush (2) toothpaste (1), Two blade razor (3), four-blade razer (1), Antiseptic bottle (1), Carbolic soap (5), Saccades spray (1), Savlon cream (1), Daktacort cream (3) and Spectacles (2).

On the bright side, there were no toe stubbings, walking into or knocking anything over, and I made sure the taps, shower, and heater were all off! (But this did not stop me going back to check later, Humph!)

Got Josie’s nosh done. I put the rest of the potatoes in the oven for me to keep warm and have later, then off the deliver the nosh on the wheeled server.

This time, the gal seemed more with it and said she didn’t expect a meal today. (I wish she’d told me earlier, Hahaha!) However, her face lit up and off she went to masticate to her heart’s content.

I returned to the kitchen and a did a bit of washing up, then got on the computer. I was feeling a little easier in myself now. Nicodemus was less bother, so I pressed on with updating this post while things were working properly (Not referring to the brain or memory of course) Humph!

I checked emails to see if Amazon had any time guides for me. I could barely recall ordering all this stuff! I must have meant to, cause I needed everything on the order. It looks like they are all coming on the 14-15th, April, so that’s good, I’ll need teabags and milk by then.

I was feeling all so pleased with myself, smug almost…

I had a search for the Golden Volunteers suggested Thompson Bros. shop to use for online delivered fodder.

It was in Sherwood, on Haydn Road. But as you can see, orders had been temporarily suspended.

As I mentioned earlier, will owt ever go right for me?

Then, I began to smell the aroma of the well-burnt cheesy potatoes, that I’d forgotten about in the oven!

I salvaged what I could of it. Not a total loss, though. I think about a third of it was edible. Tasty, too!

Did the washing up, and down in the recliner, but yet again, Mrpheous was resistant to my needs.