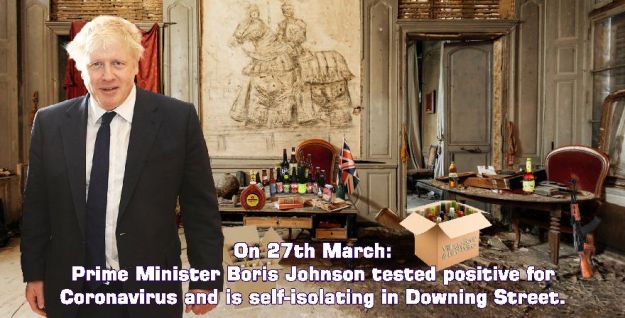 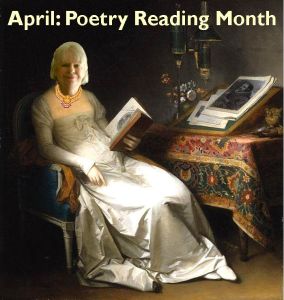 02:50hrs: Grumpily, I stirred into semi-consciousness. And waited for the brain to do its best to catch up. It took a while. Then it was not exactly fully-functioning. Rather in odd bursts of recognition, intermingled with annoying episodes of extreme vagueness; with dips in willpower hidden-away in there somewhere.

As I endeavoured to free my even-more-grossly weighty stomach and torso from the £300, second-hand recliner, it became apparent that the innards were not suffering from any such incapacitating disabilities as the brain was. The turmoil and sudden pains from the borborygmus-churning stomach, sent me to the wet room, in some haste.

I entered, put the stick where I could not trip over it later, dropped the jammie-bottoms, and got seated on the Porcelain Throne. Argh! The agony and effort needed to start things off was a painful surprise. Humph! However, once the movement moved, it was soon all over. But, what a messy evacuation it was! I had to flush twice. As I was cleaning things up ready for the medicalisationing, I spotted that the removed substance had still not been cleared from the WC! 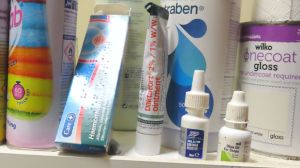 I got myself in a mini-pickle then. And made a harrowing mistake. I ended up treating Little Inchies fungal lesion with Daktacort, and I broke off from this, to pour some water from the sink down the bowl to free the obstruction. When I returned to the medicating and used Harold Haemorrhoid’s Hydrocortisone Topical cream on the lesion! Yes, it stung! Equally as painful was cleaning it off and re-applying the Daktacort again! Blasticulisations!

Surely not another frustrating day on the way for me? What a daft question! 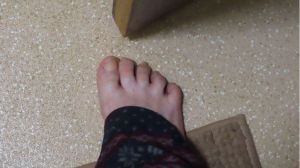 No weird mind-talking or messages from my EQ came? I Olive-oiled the ear-holes, rubbed some Phorpain gel in Arthur Itis’s knees, cleaned the spectacles. As and as a final act of insanity, I stubbed my right middle toes on the edge of the door as Neuropathy Nigel gave the leg a little shake. Silent caterwauling and ululations! Haha!

Although with the shaking taking place, this meant the message of the injury did not get to the brain, thanks to Nicodemuses Neurotrammitters failure, which at the time was great. Of course, the word will get through later, when I’m not expecting it. Thus it will feel worse then, and it confuses me more!

I wonder if someone would like to write a book about Peripheral Neuropathy? I could help them with some unknown to the Doctor’s effects, hassles, pains, accidents, facts, fears, and emotions involved? No better not ask, not until the Coronavirus is under control anyway. I’m supposing I’ll live through it, and long enough to co-write the book? Perhaps Lynton Cox might be interested? No, maybe not!

Where was I? Oh, yes, I put some TCP ointment on the toe, and enigmatically, I thought too! I put a tissue with the cream on, around the end of the walking stick, and used that to apply it. Cunning eh?

People don’t understand the struggle for everyday existence some old farts (like wot I am) have to go through. Hehehe!

Got the medications taken, tea made and off to the computer to do the updating. Things had calmed down in the nerve-ends failing department, and getting this updating done was soon finished off. Smug-Mode-Adopted!

I went on Pinterest. Then the TFZer Facebooking. Next, the WordPress Reader. Then off to get the ablutions tended to. I had a stand-up wash again, cause I feared not hearing the intercom or door chime with the shower running. I left the door open, so I could listen to if anyone arrived. As if anyone would when I wanted them and was ready for them! Tsk! Amazon should be arriving. I’m waiting for the volunteer from Golden Help to ring. Gawd its frustrating! Made even worse when I checked the intercom, I had four missed calls on it! I am pissed-off again! We’ve told everyone about the buzzer on the intercom from the first day, that is is not loud enough, but do they do owt? Sod all! And we have to suffer the consequences. Phooey and Harrumph! I hope I die of starvation and frustration… No, you fool, that won’t bother them! Tsk! Klutz! If I get another stroke, I shan’t bother recovering. The hassle is just too much!

Anyroad, I went to get the ablutions done. A decent session overall.

I got the medicationalisationing done. The piles (again), phorpained the knees (again), and olive oiled the ear-holes (again). Little Inchies fungal lesion was not bleeding, so I left things well alone.

With a certain amount of trepidation, I began the task of battling the sock-glide, then I chickened out, and put on a pair of short, wide bamboo socks on instead, manually.

A shame really, cause I’d been doing so well. I leant against the sink with my back, heaved up the tree-trunk, fluid-filled left leg, reached down, Neuropathic Nigel decided to give me a wobble of the right leg, and over I went. But not straight onto the floor, oh, no, that would be too simple for me! I fell on the bowl of water I’d washed the feet in earlier! It’s not often I want to cry, but this was such an occasion!

I don’t know how long it took me to clean everything up. I launched into a sort of pathetic, sorry-for-myself, and a super-brooding session matured! However, it didn’t last long, I don’t know why, though? 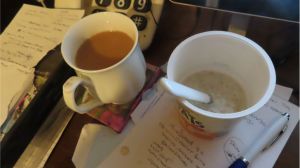 I got the room sorted a bit, made a pot of porridge for a late brekkers, and brew of tea, and back onto the computer. But the oatmeal only brought back my concerns about all the things and people who were supposed to be coming last weekend and or today. Naturally, none of them had arrived – unless they did and could not gain access, cause the intercom is not loud enough for me to here! Mind you, I and others can’t the fire alarm either. This sent me down a peg or two in the confidence stakes, and up, several points in the depression department. And, did you notice how much porridge was in the pot? Humph!

I tried to cheer myself up by doing some graphic creations on CorelDraw. It was going reasonably well, too.

Then an Email notification flashed up on the screen. I compared the new Coronavirus figures (Red) with yesterdays. 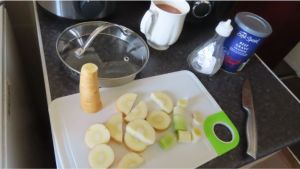 I went and got the veg prepared and in the saucepan on low heat. Only parsnips, onion and mushrooms left now. I put the last two tomatoes in and made some gravy and added it. This way, the last boil-in-the bag onion gravy braised beef can be had later and mixed in together.

It’s getting afternoon now. No contact from the phlebotomy nurse (plenty of time yet, though), Amazon, or by McChrystal’s. The Golden Volunteers have not got in touch yet either. I was hoping they would get me the food parcel and have sorted out how I can pay at the Haydn Road shop, but the poor devils are overrun with orders.

So, after today, I’ll be digging into the freezer and cupboards for food. I’m nowhere near out of food. I will not go further into debt, and abuse the help Jenny has given me. Everything is confusing and frustrating at the moment, but it must be for so many others as well! I’ll try to get an order in again somewhere. Hang on a bit…

Ah, going through the Amazon tracking orders, and the landline burst and flashed forward. I hoped it would be the Golden Volunteer about the food parcel, but no, it wasn’t. 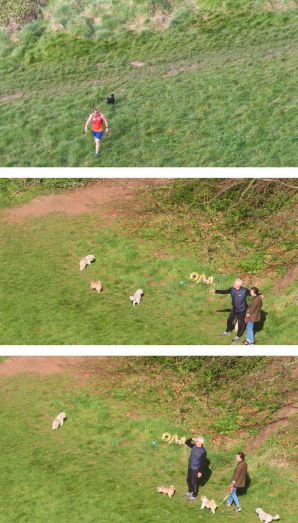 Even betterer, it was the Vampiress, blood nurse Hristina! (It’s spelt that way in Polish, but sounds as Christina) She will be calling in the morning to take my blood and get my BP up! Hahaha! Now I was boosted in spirits! I cheered enough, to go for a wee-wee, then make a mug of Thompsons Punjana tea, stir the vegetables, and got the saucepan on for the braised beef.

And then a man and woman walking their three little dogs. I’m afraid they were not keeping to the recommended socialising distance, though.

Ah, ♫ I only want to be with you ♫ chimed out from the doorbells. I really thought that it was either McChrystal’s or Amazon with some food. But No! It was Josie, returning the dinner accoutrements. She appreciated and enjoyed the meal anyway, and that cheered me up.

Put the trays and things away, and back to try again to do some graphics. The phone came to life again.

Aha! It was a lady from Nottingham City Council, about a food parcel. She told me that DG did a food parcel delivery. I embarrassingly said to her that I had looked at their service on the web, but all the box’s had food that I was not allowed in them. I did not trust myself to buy one, because the temptation to eat what I shouldn’t, like brassica, would possibly be too strong. Then I would be in trouble with the Warfarin levels going all over the place again. I can’t remember everything that was agreed on. But again, someone is going to call me about help with the shopping. I’m flummoxed, cause someone was going to do this today; unless it was the lady who called? She asked a lot of questions, and I had Stuttering Stephanie having a go at me. Humph!

I checked on the Amazon trackers one more time. At least I’ve got tea, Marmite, porridge nuts, and eventually, milk on the way.

I got the nosh prepped and served. Braised beef with the vegetables and gravy. The wholemeal bread thins I’d taken out of the freezer, had hard edges all around them. Not nice at all, I binned them. Hey-ho! 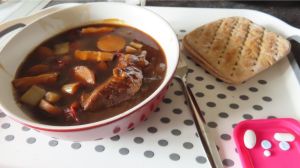 Bit of slip-up when pouring the gravy from the pouch into the bowl of vegetables, mind! A lot of it ended up on the tray, counter-top, cupboard doors and my jammie-bottoms! By the time I’d got it cleaned up, the meal was barely warm. So I left the other washing up and got down to devour it. It was passable, a rating of 5/10.

I then got the washing up sorted out, and with a tormenting mind, I settled to watch some TV. Anything with subtitles. Can’t even remember what I was staring blankly at, at the Thought-Storms persevered.

Again, it was late by the time I nodded off.