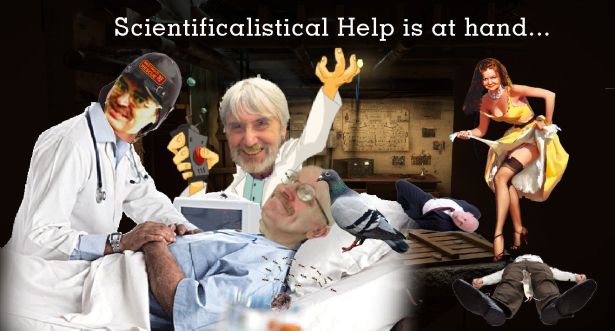 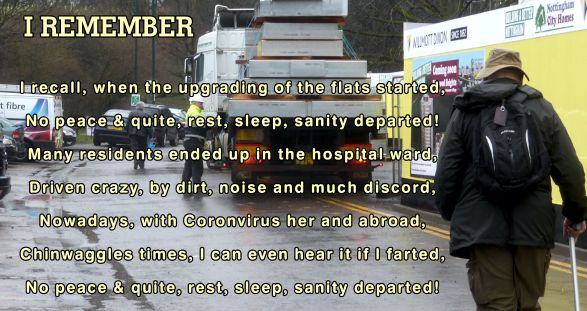 A day of mayhem. Officialdom, form-fillings, phone calls, emails, texts and sheer panic and fretting. Duodenal Donald had free-range on me (And still had as of Saturday morning – which is when I got around to doing this template). Memory, brain, gone. Sorry that it’s not detailed at all, just too busy getting my self all in a kerfuffle with authorities communications, panic attacks and unwanted raging Thoughts-Storms. Many incidents missed off, though memory lapses and some photographs (I think) disappearing from the SD card, which often helps memory when I see them, but not today!

Greeted by even more mail that had been delivered, and demanded attention and replies to.

Confusion reigned in the head.

Missed morning medications as I tried to make some sense of the mail. Nottingham City Homes, Pension Company, Zoom, Doctors further instructions, Sorting out the none-recognition of my National Health Number by the Government, and others!

Deana called in reply to my message on her phone. More questions to clarify the situation. (I’ve never had so many questions and queries in my life). She’ll try to find out about the NHS number, and get back to me.

I fell head over heels in the kitchen, thanks to Neuropathy Nigel’s nerve ends failing in the leg this time! Took a while to sort my self out, shook up a bit. Made tea had a sit-down but still kept reading official letters, failing to fully understand them of course. Surprised with the instructions that I must stay indoors for twelve-weeks minimum from date of the letter.

Can’t remember it, but I must have taken these shots from the kitchen early on?

So much I cannot recall. The later stuff seems to have sunk in a bit better. It doesn’t help when I cannot read my own scribbled notes.

Emails, comment, messages, Facebook? I had problems with CorelDraw, not performing some things. Selecting two items and pressing E and C would normally do an automatical Centering up and down. I had to save, turn-ff and reload again several times. I think I recall this, cause it took so long and I was getting uptight about having little time to get things done and other things needed doing… Not happy, and Donald was so persistent.

Got the meal prepping done, beef (boil in the bag) from the saucepan, into the pan with the garden peas, chips in the oven. (I should not have had chips with Donald as he is, but I think it was a way of sticking two fingers up at him?)

I spent many an hour going back to try and sort out the paperwork. But got nowhere with it. Other than to confuse my self even more.

I hope the other tenants are doing a bit better with their plans and responses. My current look at it, then put in a pile to be examined again later and forgetting about them, is not the best idea.

I might have made an Accifauxpa here, or not. But I think these photos might be from an earlier post, that somehow in my confusion, I have made up again. Sorry.

I tried a few times to make sense of, and understand all the bumf in the NHS letter, and the none recognition of my NHS number which is preventing me getting any food parcels, or going on the At Risk register.

I never expected old age to be like this!

Tried to do an Iceland order.

Got this message up. This meant repeatedly running into the kitchen to check the food and back sharpish in case I missed getting the order in. It indicated I had 45-minutes to wait.

Got fed-up and started making an order up, on the Iceland site. Still kept checking on the fodder. Got sent to a different page when I was admitted, but it kept details, so checked and confirmed the order. Earliest available was on Monday, 12 > 1400hrs. Fair enough.

Cay Walk model, Warden Hauptsturmfhüreress Deana rang back later, the people in charge at where the NHS number was not recognised, were going to contact me sometime in the future, but not this week of course.I don’t know of anyone else that have had their NHS number not recognised, of the 400 odd residents here, nor did Deana. I could get depressed you know! But, being as I am already, I didn’t bother. Haha!

The nosh, was absolutely grand! These oddly named ‘Naturally Imperfect Chips’, are tasty but not fatty at all. The braised beef in onion gravy, was enough to stop me bothering ordering any again, tiny and not tasty! The sugar snap peas, perfect! Tomatoes tasty! The cheeses were alright. The apple, mushy, dry and bland with a tough skin. The plain yoghourt was thin, but passable with maple syrup stirred into it. A 6/10 rating.

As for after getting down and settled, I’m not sure what happened. I recall waking at 21:30hrs, and turning off the TV.