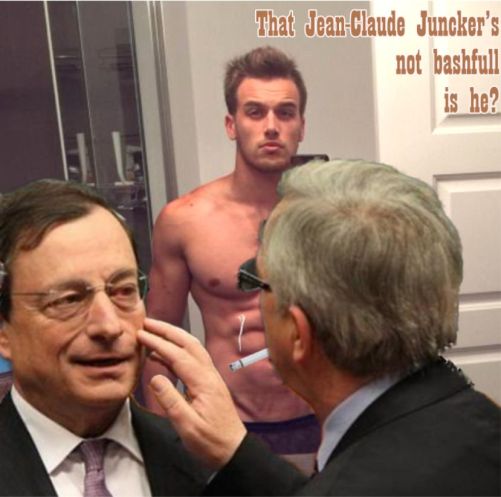 0200hrs: I stirred into a semi-life mode. The shakes/shivers that woke along with me soon dissipated. I laid there in the £300 second-hand recliner, and reigned-in my wandering worries, fears, anxiousness, apprehensiveness and disquietude and going off on its own chosen path. I thought perhaps I was lucky not to be feeling poorly after getting back from the blood test yesterday; bedraggled, after getting soaked through in the rain and splashes from the passing traffic getting to the surgery and back.

Off to the wet room for a wee-wee. I decided to get some of the washing done, and I was soon going down in the lift to the laundry room with the bag of clothing.

Back up and got the Health Checks.

The readings all looked good to me.

I cleaned up the washing in the sink.

Then off for another wee-wee.

I make a reminder note for later, telling myself of the Morrison order coming later than usual, twixt 0800 > 0900hrs, so I need to start the ablutions and medicationalisational activities at 0700hrs.

0300hrs: Time to return down to move the washing into the dryer.

I nipped out through the foyer doors, to see what the weather was like.

Amazingly, it had been raining. Sarcastic Mode Adopted Here. Hehe! But none at the moment.

Move the togs into the other machine and cleaned the washer drum inside.

Back to the apartment. Had a wee-wee, and got the computer on to update and finalise yesterdays post.

As I was posting it off, it was time to go down again to collect the laundry.

Got the gear out and folded ready to go into the bag, cleaned the filter and washed the inner drum.

You can tell I used the old little Nokia for this photograph, can’t you? It is so tiny and hard to hold steady, even when I am not suffering from the Colin Cramps or Shaking Shauns.

I was doing well avoiding any Whoopsiedangleplops up to now. (He foolishly says, and is sure he will regret it later!)

Got the washing stored away. Then onto the computer to make a start on this post. While sorting the photographs out to use, I found the picture of last nights nosh!?!?! A delightful effort that I really did enjoy and gave a 9.3/10 rating to. The crock-pot cooked pork shoulder slices with red onions tasted just grand!

Got the wet Wednesday dairy sent off.

But and however, the real mystery is that I could not find this picture on any SD card earlier. I remember going through every card in search of it. Now, I see it on the first card I searched? What do you think; Aliens, senility, spirits, dementia, psychosis, an aberration or insanity?

I stopped to make a small mug of tea, after taking a wee-wee.

This time from the kitchen window to the right, showing my balcony base at the bottom with Noisy Herberts above. The light mist on the horizon didn’t show up well.

Back to doing the updating for a while.

Thought I’d take a look at the WordPress reader. 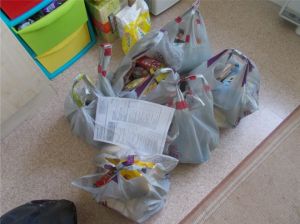 Time to get the ablutions tended to. Back soon.

Just got the cleaning, cleansing and medicating finished, and the Morrison Delivery arrived. There didn’t seem to be much delivered for £46.

One of the ready meals had split open in transit. Luckily it was in a bag with the other meal and nothing else. Huh!

Still, it took some fitting into the cupboards and fridge, all the same.

Sorted and took the black bags to the waste chute.

Then back to verify that I had not left anything one that should be off and vise-versa.

to the slow-cooker. Adding some BBQ cooking sauce to the water. Put it on the low setting and turned it on.

I mistakenly took the old mini-Nikon camera out with me in the pocket. Tsk!

Got in the lift to find a new sign up on the wall. They are now keeping some ear-plugs at the Obergruppenfurheresses HQ and Social Hut, for anyone who thinks they need them while the under-cladding is being applied to the external walls. Bless their cotton socks! 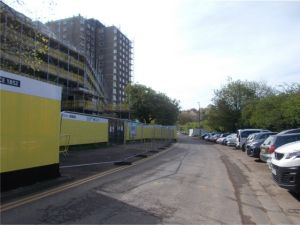 The weather was free of precipitation and not cold at all, as I meandered along Chestnut Walk. (Cursing the yesterday’s rain and my getting soaked through, the shoes filled up with water, and now the feet are giving me some gip!)

Oddly, the noise from the lads drilling in the underpads did not bother me inside or out. This type of noise, when one can identify what is causing it, and know it is not necessary to get the upgrading done, is easy to cope with for me.

I got to the shed and entered. Went in the Gefrieteressess room and mentioned the plasteri… Oh, no, I can’t mention anything spoke of between the Gruppenfurheress Wardens and myself. I nearly forgot then! Suffice to say we spoke.

There were only about thirteen folks in attendance. I put the raffle prizes on the trolley, then took the nibble box around. A nice chinwag and laugh with Jenny and Cyndy, Bill (William on Sundays), May, Nora and a few others were enjoyed. Furheress Patch Manageress Angela was there today. I told her I had some… Oh, no, I’m barred from saying anything about this on my blog! I almost forgot again! We spoke.

Handed out my raffle tickets to two different tenants this week. BJ arrived.

Owing to a warm wet sensation down below, and my need for a wee-wee, I left early (Suspected bleeding from the Lesion) after giving my farewells. 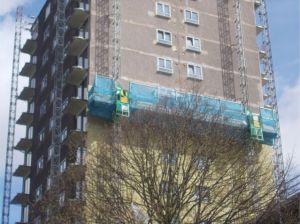 I could see the Willmott Dixon lads working away up on the hoist outside Woodthorpe Court flats as I made my way back home.

Straight into the wet room to discover I was right about the bleeding down under. A stressful few minutes cleaning and medicating followed.

All better now, I succeeded in stopping it in no time. 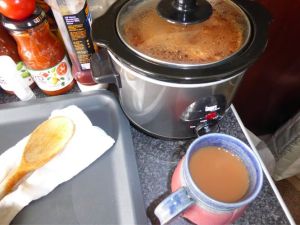 Checked the crock-pot, a quick stir, it had to be quick so as not to allow too much heats to escape and ruin it and increased the setting to Auto. Made a really strong bigger mug of tea, using the Graham’s Gold Smooth Milk I’d ordered for a change. Really good drink! I used the new to me Lumix (But old fashioned) camera to take the photo.

Got the computer back on and did the Morrison order for delivery next week, Thursday 10 May – 0600hrs to 0700hrs.

Started to update this diary next. Took a while, with a few interspersed wee-wees along the way.

Took a break and being as the weather was absolutely gorgeous, I had a go at doing a panoramic shot through the window. I can only say, I thought it was a fair effort.

I decided to try again to get caught up on Facebook.

Oh, dear, dead slow again! Grumbleburgers! I’ll never get caught up with this! I wonder if it is a Facebook problem, or Virgin Media slowing me down? Mind you, this WordPress is going at its average speed? Hard work, this!

It then it dawned on me, I had not received an email or phone call from the Sherrington Park Medical Practice. I have no idea what my INR level is, what my dosages should be for this week or even when or if they have made an appointment for me? I’m losing faith in this place. I thought it odd on Wednesday when I visited and had to wait so long to get my blood test seen to. And the new receptionists who seemed like they did know what they were doing. I shall just ignore this, and if I do not get a communication from them, I’ll go to the Nottingham City Hospital for the test next week – that is when or if I do get a DVT letter with the results and date for the next test; it should arrive tomorrow.

I suppose I should really try to move and sign on with another surgery. But with all my ailments, they will not be too keen to sign me on, I think. If I could get in with the local doctor’s clinic nearby, I’ll miss getting soaked walking a mile to get to the Sherrington surgery each time, that’s another plus. Dr Vindla is a great straight talking lady who I appreciate a lot having as my doctor, but with the changes in receptionists, they are no longer up to the job and let me down so often with failing to keep me advised and booking appointments. I’m too namby-pamby in decision making. I need to know what dosages of Warfarin I should be taking! If the level is high or low, I might still be making it worse by taking the wrong amounts?

I’m a bit perplexed over this issue! I wonder if I should complain? I could do with someone going along with me to force some spunk and determination into. I’ll take a look at the leaflets next time I go (If I do go again, Humph!), I think I saw some about how to make complaints on the counter.

Got the meal prepared.

It was the ready-made meal of potatoes veg and minced pork. I added the pork shoulder from the slow-cooker that had been done in BBQ seasoning sauce. Most enjoyable indeed.

No problems with nodding off tonight.