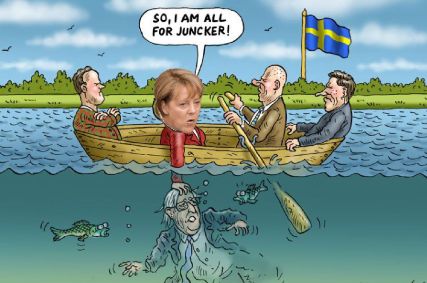 23:10hrs: I woke and immediately recognised that I felt in good shape physically. No dizzies, shakes, or botherations from Arthur Itis, Anne Gyna, Back-Pain-Brenda, Reflux Roger, Duodenal Donald, Hernia Harry or the Pins (legs). Kidney-Zone-Zorba was the only ache or pain this morning. Amazed I was!

However; my mental cognitivity, psychologically and perhaps psychically, was a little contumacious. The thoughts were wayward and hard to organise or control, regulate, restrain or repress. Usually, after waking, the call to the Porcelain Throne would save me from such hassles, but today, the call came later than it usually would. Tsk!

Out of £300 second-hand, 1968 rickety recliner. Minutes later I was saved the mental torment by a bout of Nonallergic Rhinitis (chronic sneezing), that took my mind off of my mind… if you see what I mean? The need for a wee-wee also helped.

I grabbed the Emergency Grey Plastic Bucket: and what a pathetic urinalisation it was too! I spent about twenty-seconds waiting for it to start, then a couple of weak 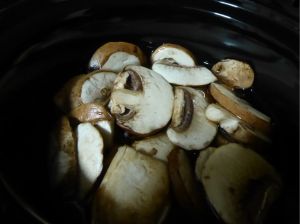 splashes, well, more like dribbles, and it was all over! But it still hurt! I had to give this mode of wee-wee a new acronym. HHPWW (Half-Hearted-Painful-Wee-wee). Hehe!

Off to the kitchen to chop and put the mushrooms in the crock-pot to marinate in water with some Balsamic vinegar added to them, for later.

Oh, a little tip for you all here. Always take the knife you are slicing your mushrooms with, out of your hand if your nose itches! You’re welcome! Tsk!

Then, I went to start the Health Checks. For some unknown-to-me reason, it seems that last night when I was half out of it and did the checks, I’d put the sphygmomanometer back in the wrong drawer? Hey-ho! I found it eventually.

The late call to the Porcelain Throne arrived. Off to the wetroom. All over in seconds and not so messy.

But the accompanying HHPWW, I had to wait several moments for its starting, then it was all over in two seconds! I don’t know if this sudden c

hange in the wees-wees is good or bad?

Checked the pins and pictured them. A few more papsules and spider-veins and the knees looked a bit warped again. But I’m not complaining in the least. The fluid content had gone down very well. I’ve only just noticed, the left knee looked like part of a Dalek or a one-eyed alien from a film, comic or TV, but I can’t place which one

The only thing that caught me out was when I pulled up the jammie-bottoms and an annoying stinging pain emanated from the right ankle. I carried on cleaning up and went to the front room to take a close look, with the foot on the Ottoman. A very light red sort of, what’s the word, erm… swelling had appeared just above the ankle, above the new blood papsule. Boy, it stung! But I put some Germolene on it, and as long as I don’t catch it, I can’t feel it. The mysteries continue! It’ll be fun when I have to put the sock back on!

Another very short HHPWW was taken. Then I got the clothes stored away that I had left in the bag in the hallway yesterday when I had my funny turn.

I made a brew and got on the computer, to update Saturday’s post. It turned out to be a

long job, with my not doing any much, yesterday. Got it sent off.

Made a start on this blog, up to here, and the craving for a mug of strong flavoured tea and some brekkers tool a grip of me. I decided I enjoyed yesterdays Marmite breakfast so much, I’d have the same again today. And jolly-nice it was with the Glengettie cuppa, too!

I remembered that the Winwood Tenants Association meeting is today. I’ll go along, but don’t expect to hear enough to make any valid contributions.

Made up a Morrison order for next week. All done. I had ordered it for Wednesday of course. Cause of the doctor’s making appointments for me for the next two Thursdays, which ruins my chances of getting to Social hour. But it doesn’t bother me! Lie-Mode Engaged!

Got the ablutions done and readied myself for the hobble to the Nottingham City Homes, Winwood Heights, Hauptbereitschaftsleiteress Warden’s Temporary HQ. Sarcasm & Insult distribution area. Tenants Socialisationistical Meeting Shed. Telling Inchcock off Zone. Where things like crockery and pottery get stolen from, Rumourmongering Clinic, and somewhere to rest while waiting for the bus, Portakabin shed, to the Tenants meeting. I did health checks and medication taking.

Hobbled along Chestnut Walk to the cabin, to find it well-filled with free food eating tenants.

I only knew three of the thirty or so that was in there.

Then I suffered a dizzy attack, and voices and my concentration got all jumbled.

The cacophony of voices meant hearing and understanding what was being said and identifying who was who was too complicated for me. I decided to stay a while and had a chat with Bill, and handed out some of the coconut chocolate wheels, then made my way out and back to the flat.

I took some photographs of how the flats and the new building was coming along as I walked back.

I got in the flat, feeling a little disappointed with how things went at the meet. Possibly and most likely because I was not entirely with-it, due to the ankle and Dizzy Dennis’s visit.

Then I did the health checks and medication taking.

I got a super nosh prepared, too much of it again. Tsk!

But enjoyed what I did eat of it.

Then I fell asleep for about two hours with the tray and accoutrements and uneaten fodder on it, and it was in the self-same position when I woke up in need of a wee-wee!

Regrettably, Little Inchies Lesion had been bleeding badly and left me in a messy condition, that needed cleaning up, a change of clothes and medicationalisationing. Humph!