Up at 0430hrs, WC, tended to the sore bulbous red Inch. No blood this morning thank heavens.

While doing so I remembered some of a dream I’d had, so wrote bits of the memory down to put on here, cause it was an odd one. (Aren’t they all though?)

I was in command of the German Kriegsmarine, and I realised that Germany would not win this war, so I hid U-boats under seashore locations, to use later, and stocked up with ammunition food, and Nazi Youth members.

It became the current time, and our unterseeboots were sinking all the ferries travelling from Europe to the UK.

Then we blew up France’s part of the channel tunnel.

I think we shot down some planes on their way to England as well.

That’s about all I can recall though.

After I get me food delivery, I’ll have to think about going into town and checking out the prices and availability of cameras I suppose. Might try Jessops methinks. 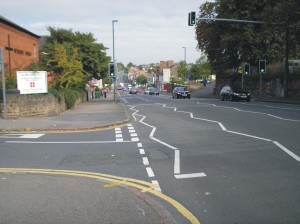 Went up to beautified myself; managing to acquire another nick on me mush.

Used me Colgate ‘Herbal’ toothpaste today, if you were considering using it, be warned it tastes horrible!

Set off on me hobble into Sherwood.

It’s getting harder and more painful by the day this walking lark!

Dropped me stuff off at the Nottingham Hospice Charity Shop.

Then I went out and to the bus-stop to catch bus into City.

It was an all-around the place bus, so I managed to get some reading on me football book done. 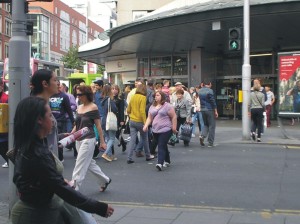 Dropped off in the city on Parliament Street.

Very busy today, that was when I realised it was a Saturday.

Took a walk around, and dropped into Jessops photography shop. A bloke talked me into buying a Sony DSC HX50 Camera, with a free carrying 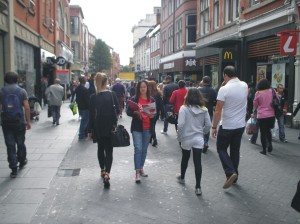 I managed to resist his attempts at selling me a 3 year extended warranty, pointing out I expect not being here in three years according to the doctors. 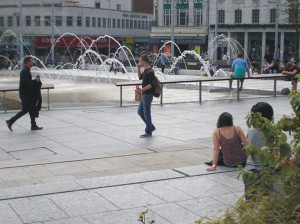 I’d sooner not think about how much I had spent.

Un-bemused at how I got conned into spending so much, I waddled through the crowds to the County Contact Point in the library.

Where I asked about the Meals at Home delivery day, because I thought it might on me hospital days, Monday or a Tuesday. The kind lady said they were closed there at the weekends. But if I could call on Tuesday as I go through to the Queens medical centre, she would call them for me. That was nice of her.

What are the odds that something will happen that causes me forget to do just that?

I hobbled up the arcade stairs to see if the second hand record man has had any luck with finding me ‘Acker Bilks Gotta see mama tonight’ recording on CD. He was closed. Huh! 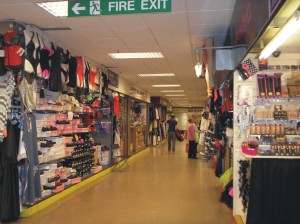 I wandered painfully to Victoria Market for a look around. I asked at two book stall if they had any memories of Stalingrad book, no luck.

I limped along and down the escalator, and out into the streets of my beloved Nottingham. (Cough cough!)

I popped into Waitrose to have a look around, but decided against it when I saw the queue winding down the shop.

I started walking towards Kings Walk that led to me bus-stop home, but ended up taking the long route to it after seeing a fight starting near the cafe there.

I got back to the dumping ground (house) and made a cuppa. 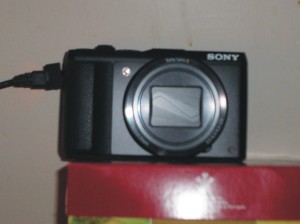 Updated this diary – then somehow managed to put the new camera on charge – I hope I did at least. I can’t find anything that tells me it is actually charging. The manual tell me it need a 24hr charge for the first one, so I can check in the morning I suppose?

I took a photo of the new camera on charge with me old faithful but dying a death old camera. 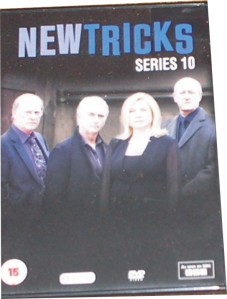 Back to the laptop, with another cuppa wot I made.

Remembered I’d forgotten to get some spread. So no sarnies tonight for me. Good job I’ve got some microwave sausages left to nosh.

What a mess this morning.

Following a bad night, dreams, waking ups and pain in the chest – I attended the WC around about 0430hrs to find; Blood and tender swelling from the Inch, blood from the haemorrhoids and new blood welt spots on my hands.

I must get to see the GP again.

I should get me letter with details of the Nottingham Meals at Home system today.

o535hrs: I cleaned myself up and came downstairs, wearily I might add, Put the medical stuff in a bag, took it out to the dustbin and moved it ready for collection.

Started laptop and put the kettle on.

WC both ends attended to.

Came down gingerly and made cuppa, then waited for the laptop to finish loading to update this diary.

Medications taken with me cuppa tea, then I sorted out the things for the Nottingham Hospice Shop. 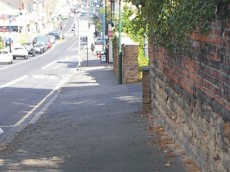 Titivated meself, managing to end up with a shaving cut under each eye, then got ready and set off on me walk into Sherwood to the Hospice shop.

Bit of traffic about today.

The left knee being so bad might not be such a 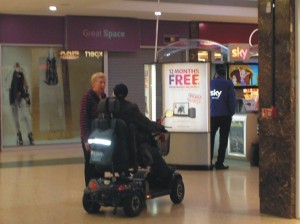 bad thing yer know; because it takes away yer concentration on the pain from the right knee?

I dropped off the things at the shop and crossed the road to catch a bus to Mansfield. When it arrived, it was nearly full and I had to sit on one of the pull-down seats. I spent the whole journey hanging on for dear life… 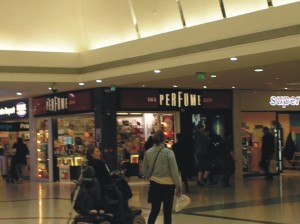 I arrived at Mansfield bus station and poddled down to investigate B&M and Pound Stretcher shops for any bargains they might have on offer. Got some cheapo little tins of ham and some nice looking honeyed ham slices from B&M, then got some biscuits from the Stretcher shop. 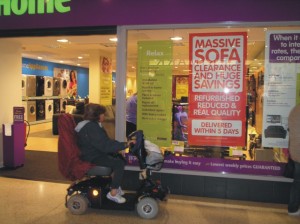 Took a walk through the shopping centre, and boy was there some mobility scooters about or what! Still, I have to say, although nervous of ‘em, none actually attacked or blitzkrieged me.

I came out the other end, and waddled me way down to open market for a while… this is where I noticed the fine 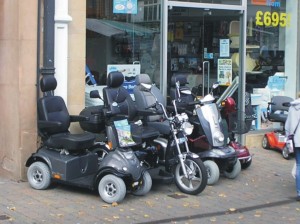 array of mobility scooters on sale.

I ambled my way back up to the bus station, and caught the bus back to Nottingham, dropping off at Carrington. I walked past the car I often looked at as I did so, a Bedford CA van… it’s burnt out now, and the wheels have gone?

Tried to take a photo of it, but the camera would not work, it just took blank shots? Oh ‘eck. Summat else dying? Tsk!

Got into the flea-pit, well tired again and made a cuppa, some ham sandwiches and took me evening medications – then head down and hopefully some decent sleep.