I woke with a rare and nervewracking, alarming, urgency, in desperate need of a wee-wee! Fumbled my way out of the £300, second-hand, c1968, uncomfortable, not-operational, tatty, dangerous, flea-bitten, rickety recliner. Caught my balance, grabbed the stick, and off to the wet room.

Considering how thin the legs have gone over the last 24hrs. I was caught out by the ferocity and length of the evacuation. I was almost drained and tired by the time it had finished. Where did that torrent come from? I hobbled to the kitchen and got the medications out.

This was when a possible cause for the flood came to mind. It is possible, with the medications being all mixed up and some got lost when I took the tumble and spilt the tablets and pills, on Monday. I may have taken Furesomide instead of either Codeine or a Beta-blockers? But, who knows. There is definitely no fluid retention in the pins, in fact, they are the thinnest they have ever been, for some unknown reason.

I did the earhole olive-oiling, Saccades eyes sprayed. Got the kettle on, and… flipping ‘eck, it was back to the wet room for another wee-wee!

Another almost tiring, right uncomfortable LHLB (Long-Hosepipe-Like-Blasting) version. This time, with a lot of back-spraying. Which needed cleaning up, during which I caught the toes of the right foot against the metal seat support, I managed to avoid shouting out loud, but curses silently flowed from my lips, with the pain making me wince a bit! This flow came to an abrupt end. I washed the hands after cleaning up, and the bar of vegetable soap shot out of my grasp, hit the far right wall and fell downwards. I still haven’t found it yet. Tsk!

I started on the computer, and WordPress was refusing to save my work? I could not find out if it was WordPress or the Liberty-Global Virgin Media Internet playing up again. Ah, I see the computer box lights flashing, and some are off altogether!

It’s incredible how some people, go out of their way to make people loathe and hate them like Fries does! Swine! 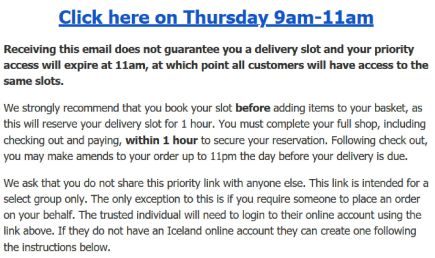 It’s still new in the day, too early to sign-in for the Icelands ‘At-Risk’ list to book an order. I hope that Mr Fries pathetic farce of an imitation internet supplying company are back on again before 09:00hrs. Not as it says, that it will guarantee a slot being available anyway.

Makes you sick, all mist and mirrors and lies!

Off for yet another wee-wee. Little Inchies fungal lesion bleeding now! My life reminds me of a joke… this one:

Inchcock used to say that he was the unluckiest person he knew. He had never won anything or had anything good happen to him in his entire life. Until now.

Inchcock was clearing out his junk room when he came upon an old painting and a violin. Thinking they might be valuable, he took them to the auction house to be valued.

The appraiser said, “Inchcock, I’ve good news, and I have some bad news!”

“The good news is that you have a Stradivarius and a Picasso,” replied the appraiser.

“I can’t believe my luck!” cried Inchcock “Nothing like this ever happens to me!”

“Well I wouldn’t get ahead of yourself Inchcock” continued the appraiser, “Because the bad news is that Stradivarius was a terrible painter and Picasso was no good with violins!”

I got some photographs of the moon taken while I was non compos mentiss over the internet. I was so pleased with the results. (which, of course, do not show the thirteen failed shots I made, Tsk!)

Well, I’m up as gum-tree now! I went and got the veg prepped and into the crock-pot.

I had a very mild Dizzy Dennis visit, which didn’t long. But got Shaking Shaun attending me afterwards, and that is something new. Still, okay, now.

Then, off for another wee-wee. Things were less powerful this time, and not so much released either. The fungal lesion was not bleeding, that was something at least! Is my ill-fortune changing?

The plates (feet) and toes were still giving me some bother and stinging. Considering that I have done so little walking (well, hobbling about), I was surprised about this. And boy, were they pale!

Hello, the internet’s has come back on. (For heaven’s sake, don’t tell Mr Fries!)

At long last, I got started on the updating of the Tuesday diary. As I achieved success and got it finished, one more trip to the wet room was needed. This time, still a forceful effort, but much shorter. It makes me wonder where it is all coming from?

Made a brew, and got on with Pinteresting a few snaps. Then on WordPress reading. Next, Facebooking for a few hours. Added to the picture galleries.

Off for, unbelievably, another wee-wee.

The knees and pins (legs) were looking far less Clopidogrelled.

A little more colour in them as well.

I went on to CorelDraw to make up some graphics for later use.

Jenny kindly rang me to ask if I was alri 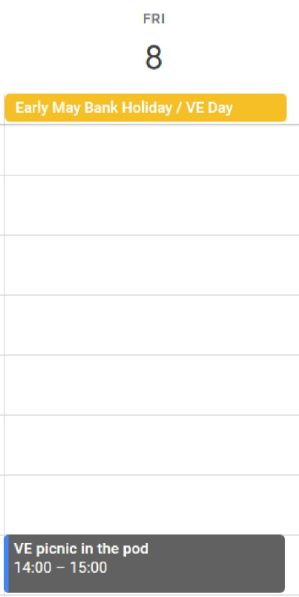 ght for bread and milk, which I am. I thanked her for thinking of me.

I checked the Google calendar for tomorrow: Yee-ha! Only one item on for Friday 8th May, Great! (That is I hope so, there may be something I’ve missed off?) It has been known before.

I turned off the computer, and pondered a moment or two, on what to have for nosh tonight. After a while, I realised I was not hungry at all, really.

So I decided to just have some nibbles of some sort, later on.

It’d been a long time since I’d had a wee-wee but found the urge coming on once more and with a sense of urgency this time! It was a painful trip to the wet room, and I made it JIT (Just-in-time) with no by the narrowest of margins.

The evacuation was of the BOBSL (Blasting-Out-But-Short-Lived) variety for a change. Changed the PP’s in case any leakages in my rush had gone unnoticed.

I saw that the tiny hotel-room type freebie tablet of vegetable soap was holding up well after several uses. I like the lather it gives off.

Freshened up, and found myself feeling in an anomalistic frame of mind. The EQ warned me of more hassle to come! I did not feel poorly or even under the weather, but a vagueness lingered, and unexplainable sense, like: It’s coming and will have to be coped with? Confused? So am I! Tsk!

I gathered some nibbles and a bottle of orange juice around me and got down to watch TV. But watching what was on, I lost all interest. So, I went on a radio channel and listened to a documentary. I stayed awake all the way through the hour-long programme, and during it, ate a banana, orange, some cashew nuts and a fair few Mini-cheddar biscuits.

With so little sleep last night, I’d hoped to catch-up on it a bit. So, earlier than normal, I took out the hearing aids and removed the glasses. Pulled the woolly hat over my eyes, and within a few minutes, I’d nodded-off! Great!

Then the farce began…

I was woken up a few minutes later, with clumping noises coming from somewhere I could not identify. They stopped quickly. Of course, this meant I had to get out of the c1968 recliner, to have a look around in case something had fell over somewhere in the flat. But I found nothing untoward. Back down in the chair. And surprised myself with how quickly I drifted off again.

The mobile phone flashed and burst into life. Huh! I struggled free of the £300, second-hand, rickety recliner, caught my balance, and as I got to the mobile, it stopped ringing! Harrumph! Back to the recliner, took the mobile with me in case, grumped and groaned silently to myself and back to sleep!

An hour or so later, the landline rang out and flashed! I could have cried! On my feet once more, and stubbed my toe on the swivel chair leg, going to phone. Which delayed me, and the ringing ceased! What the hell is happening here? Ghosts? Aliens? I settled back down, but it took me an aeon to get back to sleep. The Thought-Storms started, I could stop them, on and on at me they flowed. I don’t know why; they were mostly nonsense, imaginary fears and worries, but twisted enough to keep me awake.

Then, another call for a wee-wee. I threw caution to the wind in my haste, and rolled out of the chair, grabbed the stick and was hobbling to the wet room, in record time. Yes, it was another urgent one! I didn’t make it in time! Embarrassment-Mode-Engaged! Surely, these must be Furesomide induced wee-wees? I had a wash and change of PP’s, and I must have looked (because I was), stupified as I returned to the rickety recliner. My heart was racing, Anne Gyna, the toes, and Duodenal Donald were all having a go at me now!

When I first got settled a few hours ago, I was feeling better than I had done for ages. Now it was a damaged, injured, mentally insecure, wreck, of an old man who got back into his ancient, non-working recliner. I tried to resist the brain’s workings again, and eventually drifted off, into the comforting embrace of Sweet Morpheus! I think I was dreaming about a young lady from many years ago…

Later on, Globdangerations & Grumpworthiness! The mobile phone flashed and rang out! I reached out onto the Ottoman, grabbed the phone (It may have got wet from the tears falling – only joking!), it was Sister Jane, I’d now got not only Shaun, Donald, Anne and Reflux Roger bothering me, but Stuttering Stephanie joined in! I was only half-aware of what was happening and struggling to get my words out like never before. Jane said for me to watch BBC 1, great news! I’m not certain what else was said.

Argh! Another wee-wee needed! I fought my way out of the rickety recliner yet again, not so urgent this time. But having been caught-out earlier, I was taking no chances, and I got to the WC in good time. The evacuation was the same as the previous two. The problem was that Little Inchies fungal lesion was bleeding! So, I had to do a cleaning up, medicating session and change the PPs again!

I’ve already been up for over 20 hours. But could I get to sleep again? No!

I’m not sure which Aliens, Ghosts, Goblins or God I’ve upset, enough to be denied rest and sleep like this – but I apologise! Beg for forgiveness, and sleep! That might do the trick?

I gave up and got up. Updated this blog, between wee-wees and Duodenal Donald’s and Anne Gyna’s stabbings, in a mood of acceptance.

I got caught as far as here and went to make a brew. When looking out of the window, I spotted a fire of some sort way in the distance. So took some photos of the scene, and one well zoomed-in one of the fire-smoke in the far distance.

I thought I’d finish this blog and get it posted off, cause with the picnic in the pod tomorrow, and the state I’ll be in with no sleep, Humph!