Up at 0500hrs, and blimey I can remember a dream! (Well some of it anyway)

Me Dream: I was young fit and working at the Co-op store on Parliament Street in Nottingham, and I think I was clearing all the stuff off the shelves into customer trolleys… there was someone there with me who I recognised but have forgotten who now, then I was on Carlton Hill, pushing the loaded trolley to wherever it was to go, and a girl I used to work with in 1962, Rita appeared on the pavement and started talking to me. I became engrossed in conversation with her, and the trolley ran away down the hill.

Suddenly the hill became somewhere else, but I knew it, and chased after the trolley.

As I ran on, doors kept opening in both sides of the road and people were calling to me…

A doctor with a beard, turban and a scalpel in his hands: “Come back, we need to operate again…”

My old boss at Scan security Kevin, with ‘Ross’ one of guard dogs we used: “Ross’s here mate, come in and see him, did you bring any pigs ears for him? He still loves em yer know…”

Brian, the accountant who ripped me off and put me into bankruptcy when I had the shop: “Sorry, it was nothing personal, come in and I’ll make you a cup of tea…”

The Grim Reaper appeared on a rooftop: “Oi… I’m waiting, get yer arse up ‘ere youth…”

Henry Cooper: “Splash it all over…” 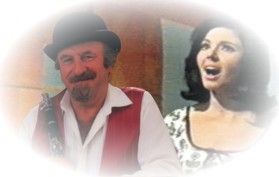 There were many others, but I can’t recall them.

I lost site of the trolley as it disappeared into an unrecognised building. I caught up and started searching for it, to find Susan Maughan (Off the song Bobby’s Girl fame, and she married theatre director Nick Leigh, and not me!) emptying the goods from it onto some shelves, she sneered at me “Who the devil are you? Sod off!”

I was amazed that I could remember so much of the dream, very rare that. But, what did it mean? Nowt I suppose, apart form the I’m cracking up?

Started work on some graphics for me later posts, just hoping that BT internet does not start playing up again.

All I did today really was blogging work.