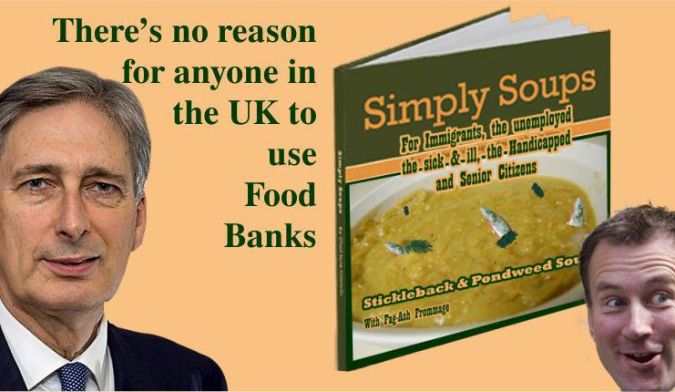 0215hrs: Woke with a bit of a headache from last nights Whoopsiedangleplop getting into the night attire and clouting the back of my head against the wall as I fell in a heap, and humiliating position with one leg in and one leg out of the jammie bottoms. Hehe!

There’s no doubt about it; I never expected old age to bring me such excitement, or confusion. Or pain. Nor more ailments than I have wrinkles on my arthritic hands and knees. Memory blanks either! But I fret not about these things, for my insanity and bêtise help to mask the truth and facts from me. Heck, did I say that? Good innit? Haha!

I struggled out of the £300 second-hand recliner without much bother at all and made my way to the Porcelain Throne. There were no stubbing of toes or any other incidents en route. However, the session was much messier than of recent visits. I put this down to the amazingly tasty meal I enjoyed last night being perhaps a tad too spicy. A clean-up and off into the kitchen.

I initially opened the window to take this photographicalisation of the foreboding murky sky. But close it again post-haste, as the icy wind blew in. Brrr! Made it through the glass.

Got the kettle on and did the Health Checks, then took the medications.

The readings looked to be perfick to me?

I got the nibble box sorted for the Winwood Social Hour Meeting later.

Computer started and got carried away reading the local newspaper site’s news. Nottingham Castle can now be seen from the Court Building now they have begun to demolish the Broad Marsh car park.

Closed Coffee cafe, shoe shop and restaurant. Two youths stabbed at Burger King on Milton Street. Courts: A rapist jailed. An aggressive street beggar who spent £150 a day on drugs banned from the City Centre. Tram drags kids pram trapped in the doors for one stop. I lost heart in reading any more.

Set about finishing off the Wednesday diary. A big one it was, so much happened yesterday. Then started on creating this one, got up to here, and went on WordPress reader.

0650hrs: Went on Facebooking. Got the raffle prizes sorted and in the bag.

I had a look at YouTube crash videos for a bit. Then tended to the ablutions, got the bag and set off to the Obergruppnefhuress Wardens Hut for the Social Hour. Dropping the waste bags thrown the chute en route, to boot!

Had a natter and a laugh with Gladys who I met on the way out. She was going to catch the bus into town.

Into the hut and asked Jenny if she would be kind enough to ring foot lady Sue for me. Who was not very pleased or happy with me. (Sue) Because as I feared, when the computer went down, and I transferred the calendar details afterwards, I did not look far enough on to see her appointment, thus it did not get put on the new diary. She could not gain entry to the flats because this idiot had gone out! Jenny arranged for her to call on next Friday, the 16th at 0930hrs. Hope I can still get the shoes, socks and slippers on by then. Hehe!

Not many people in attendance today. About 14 I reckon. But those there seemed to enjoy themselves.

I got a phone call on the mobile while chatting to BJ. I could not make out what the woman was saying, but the phone indicated it was from the doctors. Luckily Warden Deana was nearby, and I asked her to take the details. It was the INR Warfarin results. I really must take care not to cut myself – the level was 4.7! Dosages for the week were given and written down for me. 2 tablets each day, apart from today, Saturday and Monday when it is 1½. Next appointment was given, for 1020hrs on Wednesday 14th Feb. I’m so glad this receptionist did me, she is the only one who gives an appointment day and time.

The familiar warm wet feeling from the lower regions was felt and recognised. So I left early to tend to the cleaning up and medicationalisationing.

Having the PPs on, made me brave enough, to stop on the way to the apartment and take a picture of both blocks of flat and the building of the new centre one.

The workmen were hard at it on the Winchester block, starting to prepare the balconies for removal and the new ones to be installed

The Winchester flats show one of the hoist cradles right at the top. It looked like some of the new cladding had been started. I assumed the yellow-gold areas were indicative of this?

I got up and into the flat without seeing any other residents. Got in and to the wet room and cleaned things up and changed PPs.

Made a brew, and got on with adding the two appointments to the written diary and online calendar.

Got the oven on to warm it up for the chips later and put the peas in the saucepan ready.

Started to update this blog. Got to here and;

It had to come. For so long now, I’ve been free of the severe ailments. Dizzy Dennis and Anne Gyna both came on at the same time. Also, the fatigue arrived so much earlier in the day than usual.

I decided to do the Health Checks and take the medication at noon and evening now.

It looked good, but I ate very little of it. Just fell tired and a little out-of-sorts.

Drained and suffering a bit with Anne Gyna for some reason, and sore bottom.

I got down in the £300 second-hand recliner and did nowt much at all. I could not sleep, but getting up seemed beyond me. So I accepted things and put the TV on, that usually gets me to nod-off. It took a lot longer than usual, many mini-nod-offs later, one of them worked.