The Attack of the Ironclad black biting mini-beetles!

His battles to try and rid his beloved Nottingham City Homes flat of the infraction invaders have all proved to be abject disasters. Causing the man’s aboulomania to increase. Resulting in non-success, defeat and frustration. Thereby increasing the old chaps kakorrhaphobia.

The few times he has had a little success (And I mean few times) in ridding himself of a few of the Ironclads, a sort of abiogenesis takes place, and there are always more of them to tackle within hours!

He’s tried talking to them of course. Hypnotising them, squashing them (but by the time he gets his old limbs and joints to permit him to get down on the floor to them, they have been long gone, they are like lightning at running!), getting back up from the floor is not easy for bald tubby short chap. He’s tried bleach, fungal mould killer, fly-spray, his mallet and prayer – no luck yet! 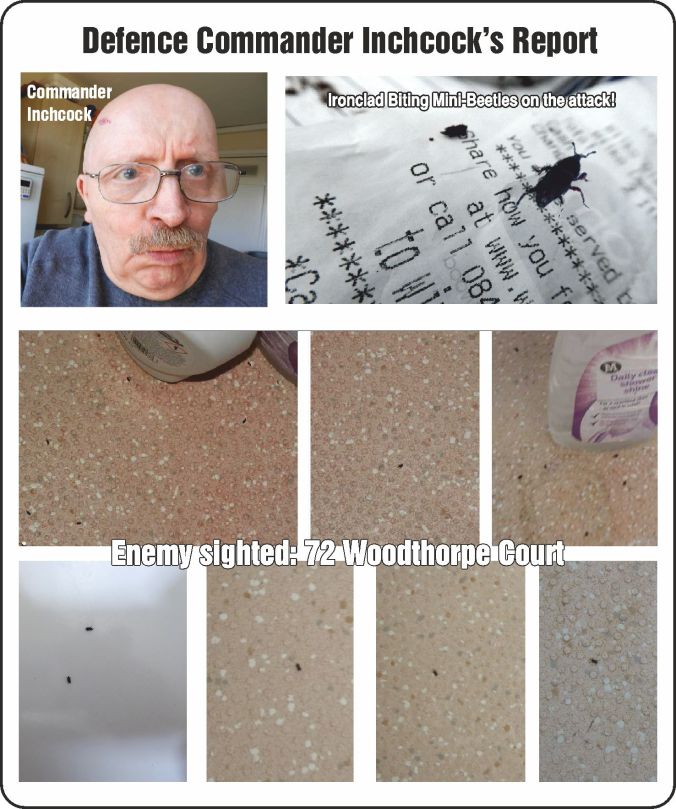 Maybe the mini-ironclads are shutterbugs?