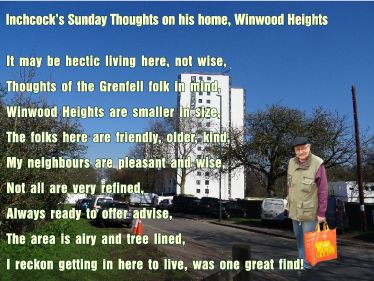 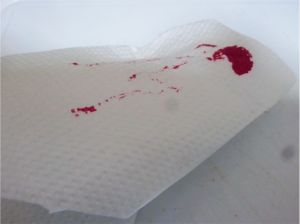 Incidentally, the aftershave to stop the bleeding when cutting with shaking hands never did arrive. Hehehe!

Really het-up and nervous today. The specialist fro the Stroke unit arrived on an early visit. Basically telling me not to rush things and expect it to be a long time before things get back to normal if they do that is, but be prepared for them not to. We went through and amended the exercise routine. Because of my worrying, I did not do very well with the demonstration of my abilities in movement or speech. Hey-ho!

Seems I had an Ataxia Stroke, Sonia told me. The name for clumsy, uncoordinated movements. It is associated with strokes that happen in the back of the brain (cerebellum or posterior circulation). People with ataxia have difficulty producing movements quickly enough, and in the right order, to avoid losing their balance or to recover from a trip or slip. (I looked this up later). I’ll look up the Vascular Dementia bit later.

Feeling concerned with coping, and inept, stuttery, incapable, impotent, unfit-for-purpose. Still, nothing new there, though. Haha!

Physio lady also called. Not too happy with my movements today.

Packed some more bags up ready to take home when Pete and Jane pick me up.

Went down for nosh, but no one fed me today, being as I didn’t feel like any food I just left and returned to mope in room eleven for a bit. Humph! Good job I got the extra toast beforehand. Carer gave me three digestive biscuits later.

Matthew in the opposite room asked if he could use the remote control in my room for his TV. I went to have a look, but his TV was all unplugged. Got it started, but a message saying it needed initial setting up done, and my remote did not work in his set anyway. We had a search around but could not find any remote controls anywhere.

A lot more unreadable scribble I had to abandon all hopes of decyphering on the notepad.

Ah-well! Settled down to fretting in depth.