Believe it or not, Inchcock created this depiction of his Sock-Glide from memories of a nightmare, that the poor old fart suffered two nights ago. It’s so sad!

Reading further may cause harm to your sanity!

Yes, he was young once… he still is, mentally!

Born, and got myself double-pneumonia,

I got rescued, only scared, wet and sore,

The medics said the boss is going to warn yer,

Next, I got shot, then the Duodenal Ulcer,

Top of the charts was ♫24hrs from Tulsa♫,

Then the hernia, and bladder cancer.

Had to have the ticker transplanted, years ago,

It doesn’t bother me now, though,

Then I went and got shot again,

I knew my bad luck had to end, but when?

I stopped working in the Security industry, then!

I came off my motor-bike in the fog,

Out of hospital, had some police dialogue,

Got a job driving a delivery van,

And became quite a Casanovan,

Retired, well it was enforced of course,

But I had little remorse,

Got a part-time job, selling pickles and sauce,

When I reached 70, we had a discourse,

Then the Peripheral Neuropathy was diagnosed,

Got the tablets mixed-up, and overdosed, 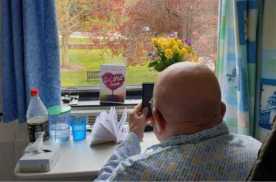 Then along came the stroke, of the ischaemic type,

Saccades, as well, of dear, this medical hype,

But I wasn’t one to moan and gripe,

I recovered, but physically, I’m a load of tripe,

They discovered I had diabetes,

My ailments seem to grow complexities. 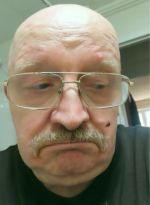 Next, I’m using a walking stick,

Unbalanced, falling-over, it made me sick,

No choices then, at home I have to stick,

I fell, and gave my neck a crick,

I’m no longer the witty, clever-dick,

But I somehow cope, and that was fantastic.

Then along came to visit us,

Isolation, no going out walking or on a bus,

Every day new instructions, what a fuss,

But at least I got rid of furuncle’s puss!

Until disabilities meant I couldn’t bend down,

And the worst, that really gets me down…

Is the bloody Sock-Glide, frame,

I gave it a go, I was really game,

But it keeps taking lumps out of my fingers,

Using the Sock-Glide means many cringes,

It’s not just the pain – mentally you’ll find it unhinges!

This claptrap was written by Inchcock, with dedication and stupidity in support of the Peterborough & District Failed Philharmonic Orchestra Players, collection fund for the Bankers & Investors Roadkill Hospice Advocacy Society.

2 thoughts on “Inchcock Reveals His Current Fears! – In Rhyme (Of sorts)”