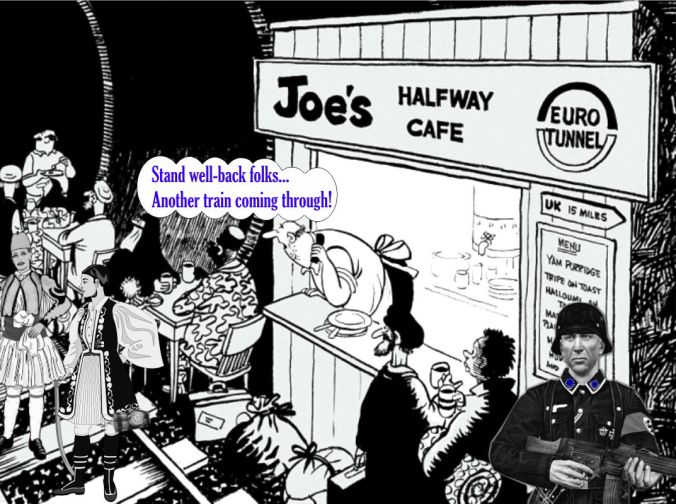 0325hrs: I woke and tried to recall the dream I was certain I’d been enjoying seconds before waking up. Nothing came into the mind.

Then, the grey-cells, of their own free-will, decided that deliberating about my wonderful record in the Failure Stakes of life, was needed. Pondering over my pathetic pronouncements, dreadful decisions I’ve taken, pantagruelian pasquinades in policymaking, injudicious judgements and so on.

With my vast experience in perpetually committing these errors, mistakes, and Whoopsiedangleplops over the years, you would imagine that I would be the last person to suffer from 5. But, no. Fear of failure, despite the certain knowledge that I will be guilty of so it frequently, remains a part of my life. Nowadays, as the remaining time to get it right dwindles, I find that things go wrong, I forget something, get confused, progressively more often.

These thoughts did concern me, but at the same time, I realise that nothing can be done, now in my dotage and possible senility approaching at a seemingly increasing and frightening speed. The occurrences of shortcomings, blunders, lapses, deficiencies, malfunctions, disappointments, and dysfunctions will increase.

Well, that little crack-of-dawn, cogitative-cerebration-session did me no good whatsoever. Just left me further in the depths of… what’s the word I’m looking for? Woebegoneness should cover it. 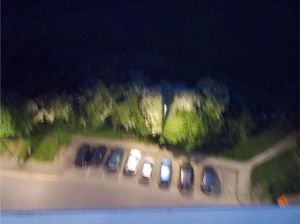 I dismounted the £300 second-hand recliner, got the slippers on and I made my to the kitchen to do the Health Checks.

The Shaun Shakes came on and stayed with me for a few minutes this time. It ruined the blind-photograph I took through the kitchen window, that’s for sure.

I got the hemadynamometer and did the Health Checks. 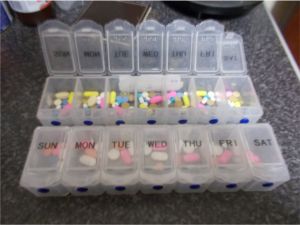 Made-up the dosage pots for next week. And notwithstanding Shaking Shaun still giving me his attention (although he had eased off considerably), I did this job without dropping any of the medications. Swank-Mode Adopted – Hehe!

Made a brew, and got the computer on and started to finalise yesterday’s Inchcock Today. Posted it off.

Back to the computer and checked the Emails.

Went on to the WordPress comments and the Reader page.

Made a start on creating this blog page.

Shaun’s Shakes eased off, and Ann Gyna nipped in to replace him straight away. Humph! I took an extra Omeprazole capsule.

Off to the hut, taking my confused brain with me and the EQ telling me things are not going to be good today and tomorrow! At the Social Hour; at the Temporary Untersturmführeress Wardens archididascalian Head-honcho HQ, Willmot-Dixon workers breakfast kitchen and tea-break room, Ear-plug supply machine, Target for thieves, Training room, Telling Inchcock-Off Office, and Social Hut, the EQ was sensing tensions, underlying tones of discontentment. But the hour went well enough otherwise.

As we all started to leave, I caught Margaret from Winchester Court (The one behind in this picture, and Cyndy and took this image. Both gals are young at heart and well liked. 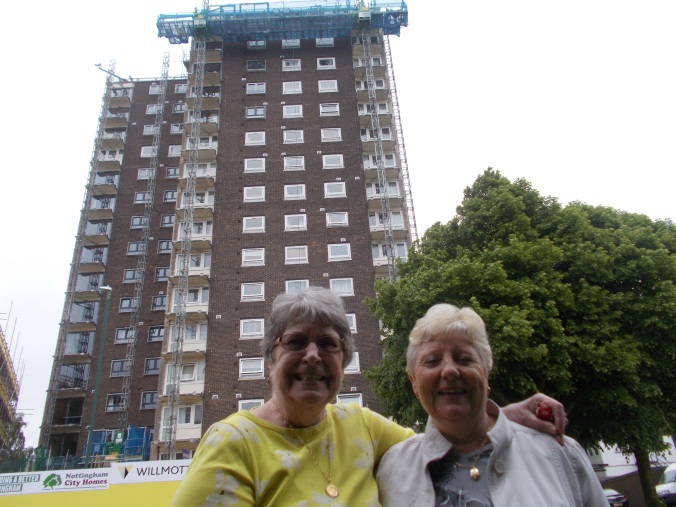 I shot back to the flat and got this photo on here, then out again to go to Arnold for some shopping. (Fancy that, me, shopping? Haha!) 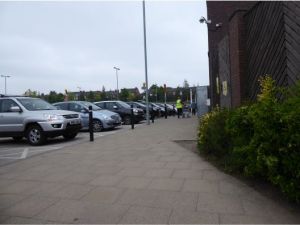 Caught the bus, Caroline from the Care Home got off, and we had a few words before I had to get on the departing bus to the Sainsbury store.

Arriving in Daybrook, I alighted the vehicle and had a wander around the store. 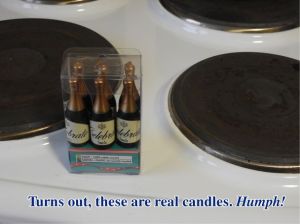 Also, what I thought were edible candles to go on top of the cakes I intend to bake next week. It turns out they are real candles. Humph! Still, I think that Jenny might like these for one of the socials she arranges for other folks?

I paid the lady at the checkout and made haste to the bus stop to catch the L9 back to those wonderfully peaceful, hassle-free, no-pressure Nottingham City Homes Independent Living flats, so to be renamed Winwood Heights. 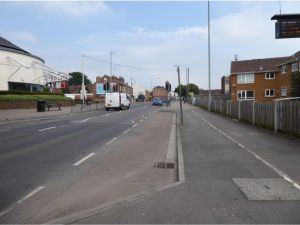 Oh, dearie me, I missed it!

So, I waited and caught a City Bound bus, in the hopes that it would arrive in Sherwood with time for me to alight and get the L9 up the hill to home.

The bus was well crowded. 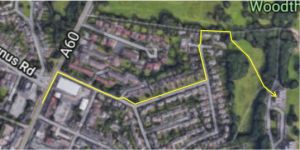 The City bus did not get there in time, and I had to walk back to the flats. I decided to take an alternative route this time.

I cut through by the Sherwood Medical Centre and up to Woodthorpe Grange Park, right and down passing the Copse to the flats.

A lack of Nottinghamians on the hobble home. 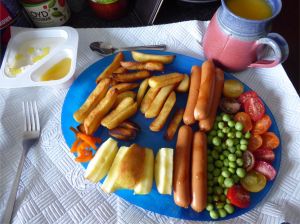 Got in and had a wee-wee. (This practice seemed to continue in repeat-mini spurts for hours?).

Got the nosh prepared and served up. The Auntie Betty’s oven chips were grand. The apples not very tasty for a Cox’s Pippin. The Italian garden peas not bad at all. The Weiners were tasty! The tomatoes varied, from bitterly uneatable to super-duper tasty. The orange pepper was way too strong for me, so didn’t get eaten, apart from the first slice I tried, and that was spat-out. Rated this meal an overall 6.9/10.

The innards were threateningly beginning to rumble and grumble.

I put the TV on to watch the local news. It was mostly depressing. I remembered why I don’t usually watch it now. Tsk!

Soon nodded off, despite the innards and Anne Gyna playing up.

I’ll be back folks, but the EQ warns me of many altercations and accidents to come. It’s rarely wrong you know. Hehehe!