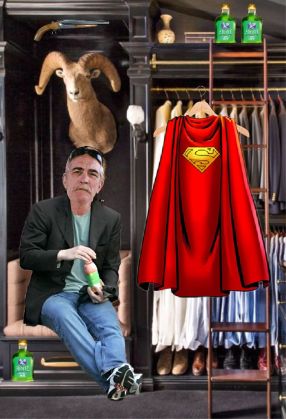 0310hrs: I woke with a start, feeling a tad cold, and wondered why. (I’m still wondering now!) A wee-wee was needed, so I extracted my avoirdupois, fat, fleshy, gross, outsized-stomached body and gangly limbs from the recliner. Caught my balance, but for some reason, it took me a much longer time to do this morning? Dizzy Dennis wasn’t visiting me, yet. Mmm?

As I got in the wet room, I realised I’d had another decent sleep! Over five hours, and without a single interruption for any wee-weeing! Oh, Yes! The release was of the BOASA (Blasting Out-Stopping-Abruptly) mode. That’s more like it, at last, a none-sprinkly and no-pain evacuation! Yee-ha!

Could it be that I have turned the tide of my 77-year run of bad luck? The thought soon proved to be a futile, silly, false dream. Hahaha! 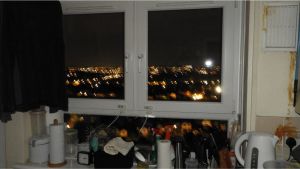 I hobbled to the kitchen, but my balance was not quite right. My EQ told me to take extra care this morning. Did I listen? Yes, of course!

The view through the hated and unliked new windows that let the rain in, and have thick light-view destroying frames, and I have to risk life & limb using the step ladders to reach to clean. Where was I? Oh, yes! The view, I thought it was reminiscent of Goose Fair, with the lights. 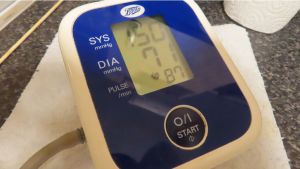 I carried out the Health Checks, all looked good to me on the BP sphygmomanometer. The body temperature showed as 32.2c. Took the medications. There was no need for Enoxaparin injections. Although with the INR being so low, these may have to return. I made a brew of Glengettie Gold tea. 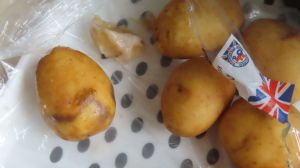 I got the potatoes into the crock-pot on a low setting for having with the dinner later. Oh, dearie me! I noted that Morrison’s bag of spuds had some many rotten potatoes in it! Opening the bag and a pong came from them. I had to rinse them several times to get rid of the 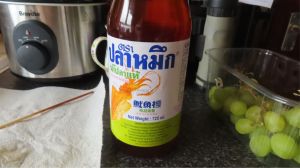 stink. Threw all of the dodgy ones away, dried the decent few left, and got them in the crockpot. I added some Fish Sauce, Squid brand. No squid in it, of course, just Anchovy 82%, Salt 15% and Sugar 3%. A delightfully tasty addition to the potatoes, especially when having battered fish strips, as I intend to.

I was taking the camera, in the right hand, but with the strap on the wrist. The mug of tea in the left limb (So I thought I was taking care!) And the balance went as I got near the fireplace, and over I went, to the right, of course, it’s always to the right since the stroke. The wall broke my tumble, I hit my elbow, scraped it along the wall, banged the camera heavily and the lens cap shot off. I knocked some stuff off of the mantlepiece. Spilt half of the tea down my left leg, swore a bit and then hit my forehead on the fire surround wood. Groggleknockers!

After I’d composed myself, finding the lens cap was a frustrating, time-consuming job. There is only one corner spot small enough for the cover to roll under and out of sight – sure enough, that’s where it ended up! Naturally, I had the devil of a job of getting back up after retrieving the article. A painful situation, too! Schluberdubersnarl!

Had a wee-wee, this one was one of those that started off almost clear, changed to deep orange as it trickled out forever-more! No power with it.

As I was making a Thomsons Punjana replacement brew, the need for the Porcelain Throne arrived! I wobbled gingerly and wearily to the wet room, half-expecting another loss of balance all the time, and using doors and walls to support myself en route. Nervous? Me? Hahaha! Yes! 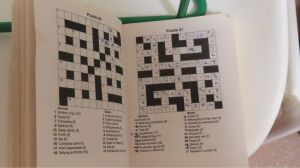 What a Porcelain Throne session, that was! Solid as a rock! I merely got the crossword book out, and waited, with little enthusiasm for the movement to begin. Ten-minutes or so later, a part-way action, which lasted a few seconds. Then back to the awaiting the pain to arrive. I hung on in there, concentrating on the crossword.

Ages later, the movement ground its way worryingly slowly, agonistically out. I was bloodied and weary!

No word or words could do the relief felt afterwards, any justice! Perhaps, Ahahahargh! is the nearest suitable adjective! 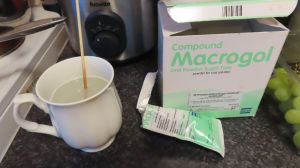 A most definite indication that the Macrogol will be needed now.  After mixing and taking the first pouch of the compound, the innards made a plea for another, judging by the sudden stabbing pains and deep gurgling movement coming from the bowels, I took another dose of the laxative. I just hope that things don’t do a reversal on me, now! Oh, dear, what have I done?

I got on with updating the Thursday blog. Got it finished and sent the link off. Then went on Facebooking for a while. (In between taking many varied modes of wee-wees, Haha!)

Then I went on WordPress reading. I enjoyed that. 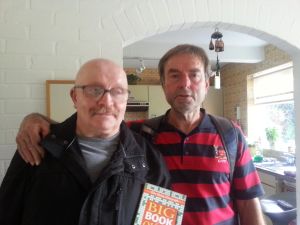 Then, on to updating the funny ‘support-funny post’ for my Xyrophobia suffering, over amour propred, Brother-in-law Pete. Who’s today in the City Hospital, on a qualifying course, and hopefully, the new Chemotherapy treatment can start as well. I hope he can get a smile out of it, despite his worrying condition. Got it finished.

The link: All the best Pete!

So tired mentally now. So I decided to get the Nosh preparationing done a little earlier than usual. Is that a word? Methinks not, so it’ll be prepared, then. 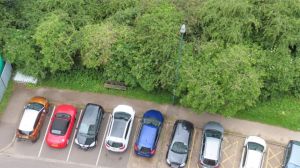 I took this shot blindly, it had to be unseeable, due to the thick-framed, letting rain in, unreachable to clean unless using the life-risking stop ladder, new kitchen window. Most probably designed by a young photographer-hating and gerontophobia suffering designer! 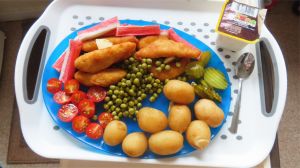 The meal was one of my betterer ones this time. Smug-Mode-Engaged! A flavour rating of 8.9/10 given.

Despite the best efforts of Morrison’s to piss me off; Short delivering the foil trays, sending mouldy potatoes, garden peas with insects and maggots in the pack, I managed to make a decent nosh. If they wish not to deliver to an enforced isolator, they only had to ask me?

But I blame the Coronavirus for these problems more than Morrisons. But, Morrisons used to be so much more reliable than any other of the suppliers, too. I have praised their efforts and care taken in the past. Sad, but even Iceland are more trustworthy nowadays. So sad! I may regret saying this in the morning, when I see what Iceland have done to my order?

Washed the pots, then myself, and as I got settled down to watch some TV, the presence of furunculosis problems was detected as the bum came into contact with the £300, second-hand, c1968 recliner! What next! Getting to sleep, or even to concentrate on the telly, was being interrupted every time I moved, coughed or sneezed, the pain from the lower region’s boils even sting when I hiccuped! And getting out to use the EOGPB (Emergency-Overnight-Grey-Plastic-Bucket), and even more painful was the getting back down again!