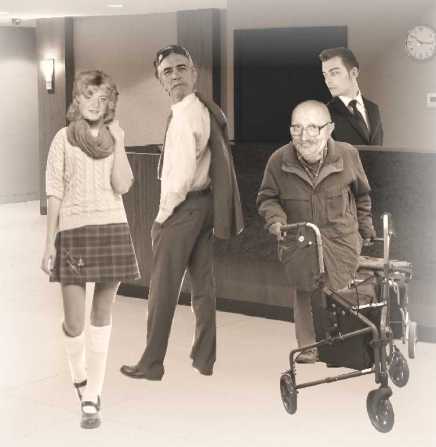 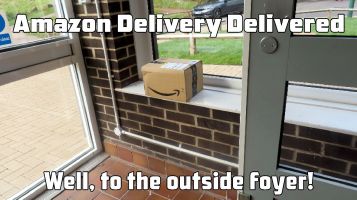 I was oh, so reluctant and against rising out of the £300, second-hand, c1968, unstable, pukingly-beige-coloured, most-uncomfortable, no-longer working, heavy yet tottery, rickety, rusty, rachitic, recliner. A stubborn dysania had me in its grip! A depressionalisticness hovered over me, and I couldn’t work out why? My EQ was telling me ‘You’ll just have to cope with it this morning, mate!’ My Thought-Storms were like bricolage, unstable, uncontrollable, not practical, bizarre!

Off to the wet room to clean and freshen up, sanitised and disinfected the bucket, changed the PPs, sparingly used the Germoloid, and off to the kitchenette. The brain remained in a fog of sorts.

Another by-pass and change of plans, I had to go back to the wet room to use the Porcelain Throne. 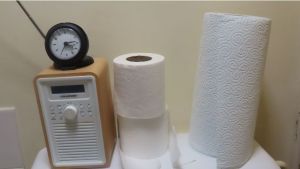 Aha! I think things in the Poo-Softening arena, are beginning to work at last! The Smug-Mode-Adoption was resisted – things go wrong too often for me lately!

The entire movement was quicker and smoother than in a long time. There was a bit of bleeding, but that I think, was from Harold’s Haemorrhoids, so is to be expected. The cistern had to be refilled from the sink and used twice to get the evacuated product to disappear from view.

I got the inspiration from somewhere, to make a strong-minded effort to try and get some photographs of the morning view, that would be better than my recent efforts and tries!

I used the Kodak, and toyed around with different option, hoping for at least some degree of improvement.

I was most disappointed with the pictures that I’d taken. These three on the right, believe it or not, were the best of them! And why did the last one come out in a different shape? They were so poor. I’d lost my interest altogether now! Humph!

I got the BP sphygmomanometer from the drawer, only to find that the last reading showed up when I turned it on? With nit much to fiddle with, I determined that it was either knackered, or needed new batteries, so I replaced the old ones with Duracell newbies. I tried to use it again, the same thing, just the old figures appeared, no blank start-up screen. I wanted to cry, but didn’t bother! I’ll see what Amazon have on offer later. A bit annoying, cause now I cannot keep my recording record up to date for the nurse to collect each month.

Ah-well, I’ll get the Thermometer going. But No! That was not working either! I thought it would be fun to create the little expression that I sometimes use, in fact, it was Tim Price from New Mexico who gave me the idea: The mysterious wonders of Woodthorpe Court: The Ghosts, Hobgoblins, Boll-Weevils, Aliens, Gremlins, Karakia-cursing entities, Hallucinations. Materialisations, Poltergeist, Lemures, Wairuas, Kehuas, Manifestations that permeate, pass through the pores and interstices of space, through the time-continuum. Usually, without rupture or displacement within the building. To cause havoc, fear and frustration, as they dislodge time itself, in their aspirations and skulduggery, to complete their given by Satan mission; ‘To annoy and scare the bejesus, and scare the pants off of the old energumenist, Inchcock’. But this morning, I’m beginning to believe it could be true! 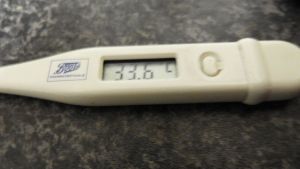 I toyed with the ear-thermometer, but it didn’t have it. So, I got the stick-thermometer out and used that.  It worked, and I took this photograph of the result.

Then, as I was about to put it back in medical drawer number three, where it is usually stored: Peripheral Pete, launched one of his involuntary, instant, right-leg Neuropathic Schuhplattler dances, and I found myself doing some ballerina type dancing, as I fought not to go over, and lunged at the stove to steady my balance. At that second, I felt almost proud of myself for going over. The head swanked a bit sideways, and I think a smirk came across my face, as I realised this was only a short leg-dance, of a few seconds duration, and I had prevailed!

As soon as I’d caught my balance and turned back towards the stack of drawers… I felt it as I trod on the stick thermometer! Still not fully back to normal, I got the short picker-upperer to retrieve the obviously now bent, thermometer. I tried to straighten it up to try it out, to see if it was still working. Dead, deceased – not a cat-in-hells chance! Now I was on a downer of great proportions!

To add to this sudden nasty depression, I’ve got to get a new sphygmomanometer and thermometer! Frangleklops, Thunderglobberisations and Knackercraps! I was feeling morose, splenetic and crotchety! Worse than this, my EQ informed me that I had more let-down coming! I found I was monologuing with myself, Duodenal Donald started having a go at me, and hearing aid fell out?

But cunningly, it did not break, and it’s part of the mysterious wonders of Woodthorpe Court: The ghosts, hobgoblins, boll-weevils, aliens, gremlins, grotesqueries, urchins, karakia-cursing entities, hallucinations. Materialisations, poltergeist, lemures, wairuas, kehuas, manifestations that permeate, pass through the pores and interstices of space, through the time-continuum. Usually, without rupture or displacement within the building. To cause havoc, fear and frustration, as they dislodge time itself, in their aspirations and skulduggery, to complete their given by Satan mission; ‘To destroy the sanity, and scare the hell out of Inchcock, thus assuring him a life of misery, worry and fear!’

Of course, it could be the Lord, making my life this unbearable unlucky hell, so that when the time comes for me to kick-the-bucket, I won’t mind so much? The day must be close then. That’s kind of him. 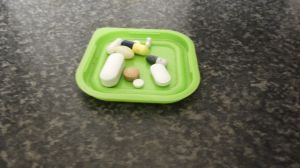 I took the much-belated medications and got on the computer to see what Amazon has on offer thermometers and hemadynamometers-wise at a bearable price.  First thing I found was an email, telling that the order, which was to have been arriving Wednesday, then Thursday, then Friday, then Saturday,

is going to be late. Hahahaha!

I found some fancy medical gear and ordered it.

Of course, the ‘Arriving Tomorrow’ can be taken with a-pinch-of-salt.

I had a ‘Your Area’ email, with the latest Coronavirus locally.

I got the Friday post finished off and posted to WordPress. Pinterested some snaps. Replied to some comments. Went on the WordPress Reader section. And as I went on CorelDraw, three things dawned on me: 1) I had not been for a wee-wee for hours! 2) Herbert was not making much noise, and 3) I’d had much hassle, I’d not got the ablutions done yet! And it was gone midday! 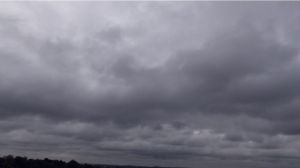 I hobbled off to make a brew of Thompsons Punjana. I tried the Kodak for the last time, to take a photo of the clouds on view. It came to pout all wrong again, compared to how it looked to the eyes, but then again, it could be the eyes, not the lens at fault? 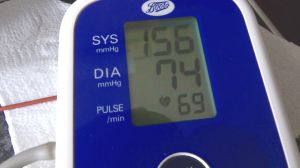 I tried the BP sphygmomanometer again, not that I expected anything to work – and sod-me, it did! And I’ve just ordered a new one! But, knowing my luck, I shall still get the Amazon one, you never know what the aliens and ghosts are up to and planning in these flats!

Made the brew, and did a template for tomorrow in advance. And about twelve emails all came in at once! One was about the late, late order from Amazon. So, five days late, a proper date received… We’ll see! 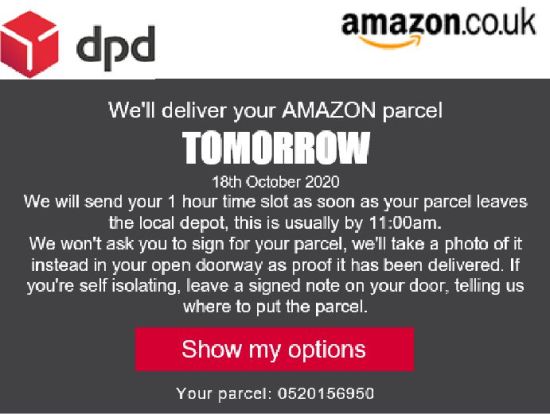 I’ll check it out now. Whoops, this is not the original order I thought, but the thermometer order. Int life, confusing? 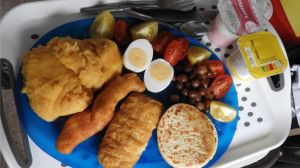 Shattered mentally now, I’ll get the nosh sorted. I think I’d spent the last of my mental energy preparing this dish. My taste-buds seem to have dwindled, but it still got a Taste-Rating of 7/10.

I got the things from the meal to soak in the kitchen bowl. And went in search of sleep.

6 thoughts on “Inchcock – Saturday 17th October 2020: Unsettling, fraught, bewildering day, mind you, they all seem like this nowadays!”