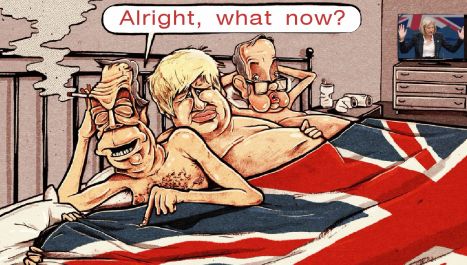 0210hrs: My somandric ailments where almost non-existent when I woke up. Even Duodenal Donald was no bother? I lay and wallowed in the lack of pain. It was good! However, this unheard-of-for-years scenario, still made me dubious and suspicious.

Then the mind went off on one is its meandering self-questioning sessions. “Am I  still asleep and dreaming?” “Have Aliens abducted me?” “Am I dead?”. “How can this be happening?” “Have I gone all Alice-in-Wonderlandish?” “Is this heaven?” I decided I was just bonkers after all, that seemed the most sensible and easy thing to accept.

No sooner had I semi-automatically detached my almost spherical, but wobbly body from the £300 second-hand rickety recliner, the need for the Porcelain Throne arrived.

The session was a book-readably long one again. Messy, too!

I went to clean things up and found that the Evil Boll Weevil Ironclad black biting beetles were out in force in the wetroom this morning.

It seemed an advanced attack patrol were checking out the sink. Huh!

A somewhat larger one had positioned himself high up on the shower curtain. (He would probably have an RT to warm his colleagues of my approach? Hehe!)

I thought to myself, I’ll have him! A slap on the curtaining to bring him down, failed? How do they cling on like that?) I shook the plastic sheeting, and as soon as he hit the deck, he shot off and down the shower drain. Gawd, he was Quick! I would imagine the drop from seven feet, would be like a human falling about two and a half miles, and landing on concrete. And yet the Ironclad seemed nonplussed. I ask again, how do they do that? Also, another question came to mind; What are they 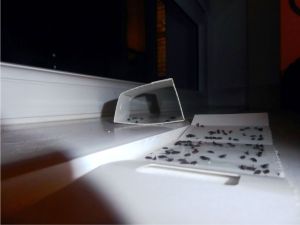 living on in the wet room?

I cleaned up and went on a search for Ironclads in the spare room as I went in to weigh myself.

There were plenty of Critter Kill prisoners on the cards, but none were to be seen alive anywhere.

The result of my scale standing on activity was

Still not been any ailment attacks yet. (It’s most concerning you know!) Even Little Inchies fungal lesion and Harold’s Haemorrhoids were not bleeding?!?

If the ailments don’t start to harass me soon, I think I might go all psychopathicalistical? Hehehe! 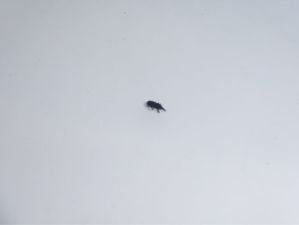 To the kitchen to get the Health Checks done.

I found a large Evil Boll Weevil Ironclad black biting beetle in the washing up bowl.

I tipped him out of the empty bowl into the sink and crushed him with my finger against the alloy. He just scrambled away and down the sinkhole? They are tough, these Ironclads!

Eventually, I got around to doing the Health Checks.

The readings were still a little high, I thought.

Took the medications and made a brew. Got the computer started and went on the WordPress Reader first. Then made a start on this blog up to here. Next, I went to finish the Saturday Inchcock off.

0705hrs: Hello, sounds like something being dragged coming from above, or else the waste chute. Can’t tell which with no hearing aids in.

I went on CorelDraw to start creating graphics for the TFZer site.

I got two finished, I hope they like them.

Then made a start on the nest funny WordPress blog. It took me two hours just to select the suitable photographs from many files.

Had a wee-wee and made a mug of tea.

Then started to create the blog, a funny about me being a prisoner and wanting to be adopted. Hehe!

Smug Mode Adopted – mind you, it didn’t last for long!

Didn’t it look good? It smelt marvellous too.

Apart from making far too much, I still ate it all. But the gravy was too weak, the caramelised onions too strong and the BBQ seasoning was overdone. The cobs were baked hard on the outside and undercooked, on the inside and the tomatoes were tasteless! Still, I gave it a flavour Rating of 7.1/10.

Otherwise it was perfect. Hehehe!

I tried using the Hoover to pick up the weevils, as recommended by Cyndy, I think.

Many of the clingy beasts just would not be picked up!

I put the hoover down and Evil Boll Weevil Ironclad black biting beetle, and was amazed as I stood there watching the beast trying to bite into my skin on the finger.

Where did he come from?

He couldn’t, but he definitely had a desire to do so!

I took the last medications and settled down to watch a film. Indiana Jones and the Temple of Doom – However, have I not seen this one before? Brilliant escapism and the good guys win. Excellent enjoyment. Of course I’ve not rea lea what happened or what the full plot was, with my nodding off so often, but still, its bound to be on Freeview again, I hope when I’m indoors and not sleeping.