Ophelia Payne (17), the part-time caretaker of the NHS ‘Happy House Insane Asylum’, Nottinghamshire, has notified the local paper through Danny, that a third Nottingham man has had to be admitted for his own safety, suffering from Politically Obsessive-compulsive Disorder Complex with split-personality suicidal traits.

She expects that more sufferers in the Nottingham area may well yet be uncovered. All of the current patients were over the years known to have supported, voted for or donated to the Lib-Dem party.

This new mental disorder, has now been diagnosed and been named ‘Cleggitus’.

It was soon discovered that all of the new patients were found to have voted for the Lib-Dems in last local elections, after the Coalition was formed. A horrific thought, but it has been proven that each one avtually did vote for the Lib-Dems.

Mr Mike Steedenski (45) of the Institute of Political Idiocy commented: “This Cleggitus is proving to be a devil to identify and even harder to eradicate. Let’s face it, it you had voted for the Lib-Dems and then saw the turncoats aid and abet the Cameron led shower of nepotistic scum-bags and nihilists to wage more war, kill off the NHS and attack the proletariat like never before… you wouldn’t want to shout about it would you? But these pillocks did!”

Mr Steedenski took a pause, passed wind, scratched his anus and continued: “Sorry about that, I get carried away you know. What treatment we can actually give to these imbeciles we have not yet worked out. But we must for their own sakes keep them out of harm’s way if we can.”

The telephone rang, and he jumped nervously, twitched, spat on the floor then carried on: “My staff here at the Institute are working on trying to locate the other three twerps who we know voted Lib-Dem in Nottingham, and offer them Sanity Tests and delousing facilities!”

Mr Steedenski went into a trance-like state, took out a penny whistle and blew into it, then slowly came back to reality and added: “We are also making trial medications available for these poor pathetic people. These can be ingested via a dummy, or tear-gas capsules as we think this might help them… or not. Some specialists think that an unlimited supply of alcoholic beverages for them might help. Of course this might encourage the people of Nottingham to vote Lib-Dem, and we don’t want do we?”

“Well thank you very much Doctor!” I said.

He disappeared into a toilet, and came out wearing a Superman costume and left the room, shouting “Pickled Walnuts!” loudly. 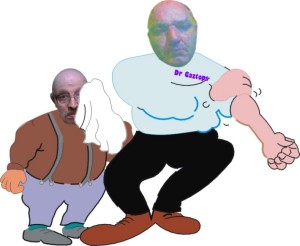 But this was soon rectified when a stout Doctor entered the room, and apologised for Mr Steedenski’s behaviour, explaining that he was in reality one of the patients taken into the Institute who had voted Lib-Dem in the past.

He introduced himself as Dr Gaztop Bonebreaker, and leant down towards my face and said: “If you want to take it any further you can, but I cannot guarantee your health if you do see?”

The clever photo of the inside of the bus header on top of this page was taken by my Brother-in-law Pete – Good innit? – His a clever lad he is yer know

Managed to get three posts done with graphics and posted before I had to get ready for the visit to the doctor and hospital for me INR tests.

I had to call the surgery to find out what time the appointment was for – Tsk!( Old age eh?)

I managed to get a couple of posts fininshed and onto LOMM (League of Mental Men) site, as Monday is my day to post on there.

Tried to get on the City Homes website: “There appears to be a problem with our connection – please try later” Fancy that.

I remembered to ring Dr Vinla’s surgery to find out what time my appointment is for -1030hrs.

Turned off the laptop nipped up and checked me ‘Inch’ put some more cream on. Had good wash and shave, did me teggies and creamed me various parts that needed them.

Went out into the rain and wind (Taking a photo of the end of the road to compare with the earlier ones last week) and hobbled to the surgery for 1020hrs. Forgetting to take me camera with me.

Dr Vindla had a look at the ‘Inch’ declaring the lesion much improved.

She heard the wind coming up from me, and had a look down my throat saying that the Reflux valve was sticking again.

I told her about my haemorrhoids’ bleeding badly again.

She said “We’ve only just started to stop your lesion (Inch) bleeding badly, and now you start bleeding from the other end” and cracked a smiled. I like her for a doctor, she’s a good sense of humour.

Then she took me BP stating it was better than last week.

She prescribed me some Fluclaxacillin tablets to take for a week (Just what I needed more medications hehe), and some extra 30mg Codeine Phosphates.

She asked me to let her know if the Warfarin IRN level was above 4.0 again when I get the results from the QMC later.

She then told me to book in to see her next Monday.

Out I went into the rain and wind again. Down to the chemist to get me Penicillin capsule.

Then caught a bus into town.

Then another bus to the Queens Medical Centre haematology for me blood tests. They were not busy and I was soon out into the wind and not so much rain now, catching a bus back into town.

Had a hobble into Tesco and got some wheatmeal bread thins, cooked chicken pieces and a pack of two cream cakes… hehehe!

Caught bus back to Carrington and saw from the bus some regular yobboes lurking near the bus stop I should have alighted from. So I went on to the next stop to get off and walked the long route back to the flea-pit.

Got in and WC’d sharpishly and checked the ‘Inch’. Okay!

Put me things worra got from town away and took a Penicillin capsule (four a day) along with me late midday medications.

Made cuppa-rosie-lee and updated this tosh again.

Feeling a bit weary, but not as bad as I have been… Yahoooo!

On getting ready for me kip – the ‘Inch’ started bleeding again!